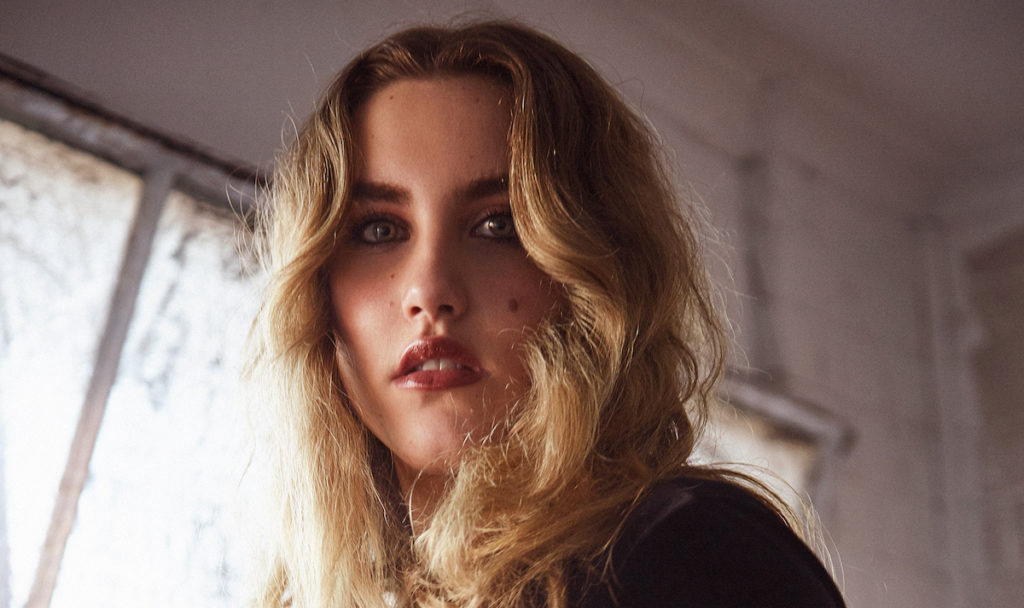 Exciting newcomer Brigitte Bardini schools us on ethereal wave with her atmospheric debut single, Aphrodite, released today. The track is accompanied by a dreamy video by Ayush Negi that was masterfully filmed through water to pull off a fittingly 90s alt indie vibe.

This introspective track is dream pop at its finest. Aphrodite will swiftly hijack your attention – its intricacies will draw you in and allow you to discover more with each listen, whilst further propelling the mystery of the artist. Dark, moody and oozing effortless cool, this song is for fans of PJ Harvey, Portishead and Bjork.

Written and produced by Bardini who plays every instrument on the release, Aphrodite was recorded at Toyland studios and engineered and co-produced by Adam Calaitzis (who also tracked some synth bass for the song). “This song is themed around temptation and its repercussions,” explains Bardini. “It is a lesson of knowing your place in someone’s life isn’t as much of a priority as you might wish, but accepting this truth rather than expelling it.”

Directed by Bardini and Ayush Negi, an aspiring filmmaker from India, the video clip was inspired by the lyrics of the song that are centred around references of ancient Greek mythology, ‘sirens’ and ‘Aphrodite’. Filmed during isolation and drawing on DIY tricks and lessons from films, Negi was able to form an innovative approach to creating the video’s psychedelic, otherworldly, underwater feel. Bardini insights, “I wanted to create a film clip that immerses the viewer into this world of a goddess being beckoned, almost taking you underwater to Aphrodite’s birthplace.”

The abstract, alt pop artist from Melbourne who is just twenty years old and has put her psychology degree on hold to pursue a career in music, says she is a little daunted to be releasing her debut single out into the world for public opinion, but is “mostly excited to see how people receive the song with fresh ears.” And she wasn’t going to let these strange Covid-19 times put her off. “Music is always around and I look to it in trying times as well as the good times so I didn’t even second guess following through with the single release and dropping the album,” Brigitte explains, “It’s something that I feel not only other people may need, but selfishly I need a purpose now more than ever.”