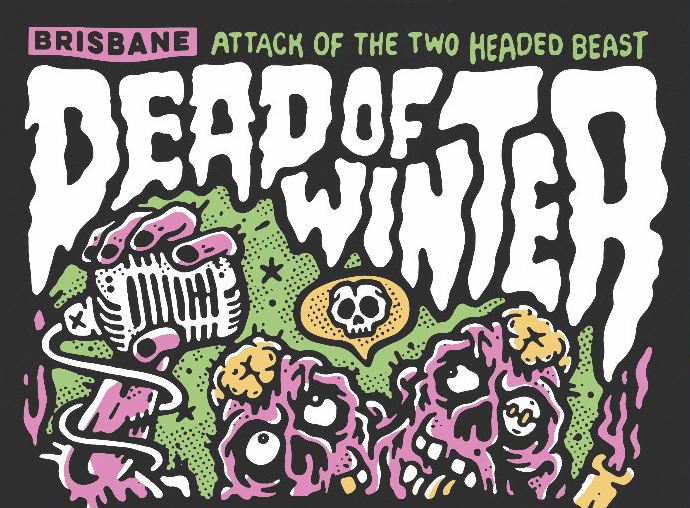 Brisbane heavy music and arts festival, DEAD OF WINTER, is really making a run for being the largest heavy festival north of Victoria having just added 15 Australian and New Zealand acts to an already massive line-up.

After a sold out 2017 event, organisers have upped the anti in 2018, doubling the size of the annual event with the addition of iconic Brisbane venue The Tivoli to the usual Jubilee Hotel festivities. Six stages, heavy-duty cabaret acts, an increased number of alt-stalls and food premium food trucks round out what will be one of the best days for alternative culture in Brisbane throughout the year.

Punters are also encouraged to push horror dress limits, with it not uncommon to see zombies, she-devils and monsters walking from stage to stage melding with music fans of all ages.

DEAD OF WINTER Festival co-programmer Christian Tryhorn says of the popular event “I’d say most of Brisbane’s heavier touring acts have played Dead Of Winter at some stage over the last eight editions. It’s great to see the Festival growing year to year to now being one of the standout heavy events in Australia. We’ve worked hard to pull a pretty amazing bill together and with the addition of The Tivoli in 2018, this will be one epic day.”

The Dead Of Winter returns to Brisbane on Saturday July 07 as Dead Of Winter Attack of the Two Headed Beast, showcasing 46 acts at The Tivoli and Jubilee Hotel in Brisbane’s Fortitude Valley.