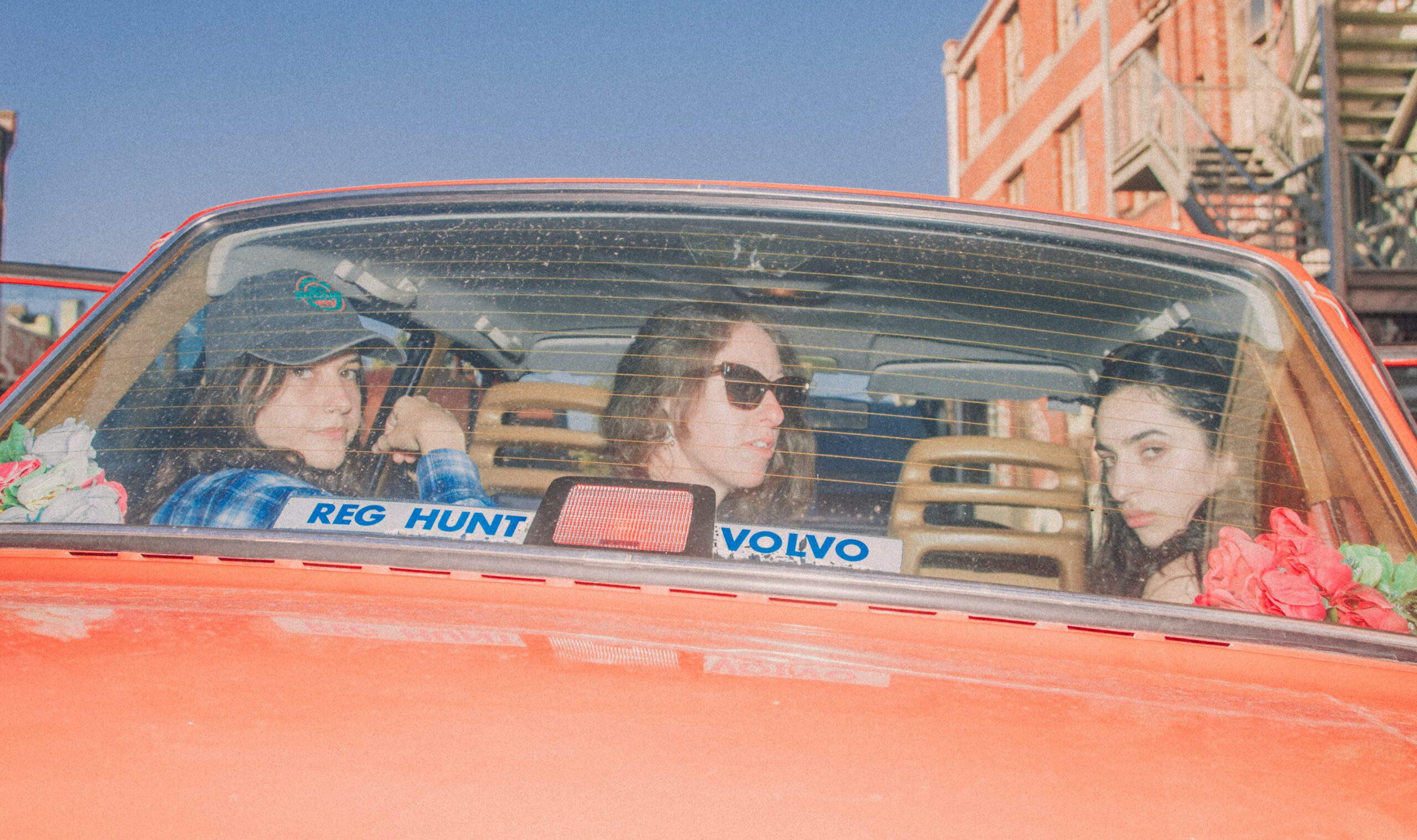 With special guests to be announced

“as receptive and unflinching as ever” – The New York Times

Power-emo trio CAMP COPE are thrilled to announce the Running with the Hurricane Australian Album Tour this May, playing songs from their forthcoming third album live for the very first time. Camp Cope will be playing much loved venues in Brisbane, Sydney, Melbourne and Castlemaine, with special guests to be announced.

The Running with the Hurricane Australian Tour is Camp Cope’s first national run of shows since the How to Socialise & Make Friends album tour over four years ago, and will give audiences their first chance to see songs from their forthcoming third album performed live. Fans have had a first glance into the energy of seeing the new album live with Camp Cope’s making their US television debut on CBS Saturday Mornings playing the “anthemic” (Rolling Stone) ‘Blue’, ‘Running with the Hurricane’ and album closer ‘Sing Your Heart Out’, and, their energetic and determined rendition of Sam Fender’s ‘Seventeen Going Under’ for triple j’s Like A Version.
WATCH: Camp Cope covers Sam Fender ‘Seventeen Going Under’

Following their critically acclaimed album How to Socialise & Make Friends (2018), Camp Cope’s forthcoming third LP Running with the Hurricane breathes growth for the trio, both personally and professionally, and sees the band older, wiser, and more at peace with the world. Running with the Hurricane reflects on faltered romances, secret crushes and vibrating with the confidence that makes you feel like you’re on fire. It’s about taking comfort in knowing who you are, feeling yourself and returning, always, to the city of Melbourne. If Camp Cope’s self-titled debut (2016) was the spark, and How to Socialise & Make Friends (2018) was the fire, Running with the Hurricane is Camp Cope in the calm after the storm. As Maq describes it, “The first record was us diving into whatever Camp Cope created, the second album was us when we were in the thick of it, and then this album is about how we’ve come out the other side. And we’ve come out stronger, more loving, more peaceful and better friends.”

Founded in Melbourne over home job tattoos, Camp Cope – Georgia Maq (songwriter, vocals, piano, acoustic & electric guitar), Kelly-Dawn Hellmrich (lead bass guitar) and Sarah Thompson (drums & percussion) – have been a force since the release of their debut album Camp Cope (2016). Their critically-acclaimed follow-up How to Socialise & Make Friends (2018) debuted at #6 on the ARIA Charts with incredible international acclaim including NPR (“Every unpolished moment stuns with turn-of-age earnestness”), New Yorker (“The words, as raw as the band’s nervy energy, spill out as though she’s been holding them in forever”) and The Guardian (“In 20 years, young women especially will approach her and thank Camp Cope for encouraging them to pick up a guitar and tell their own stories”). 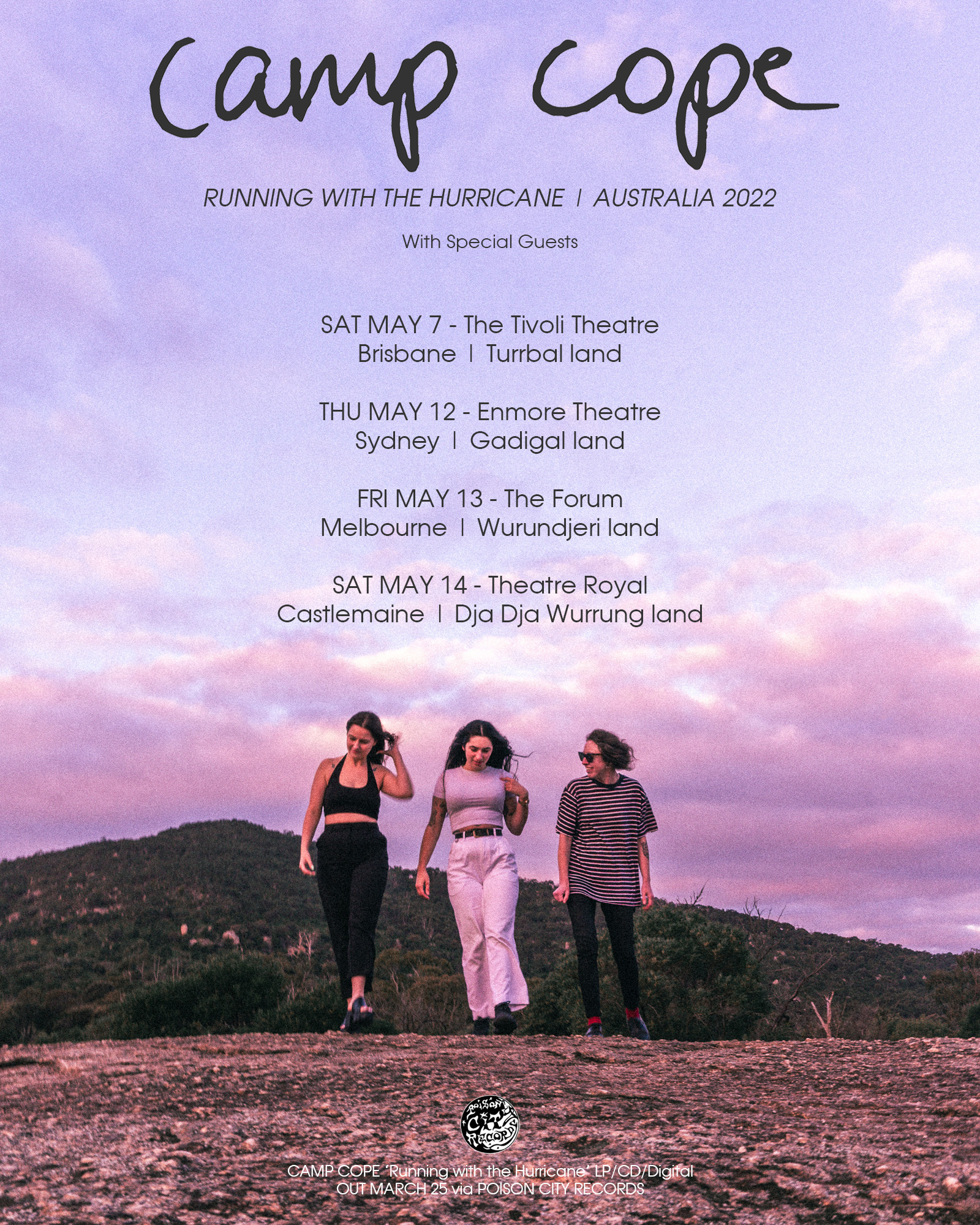