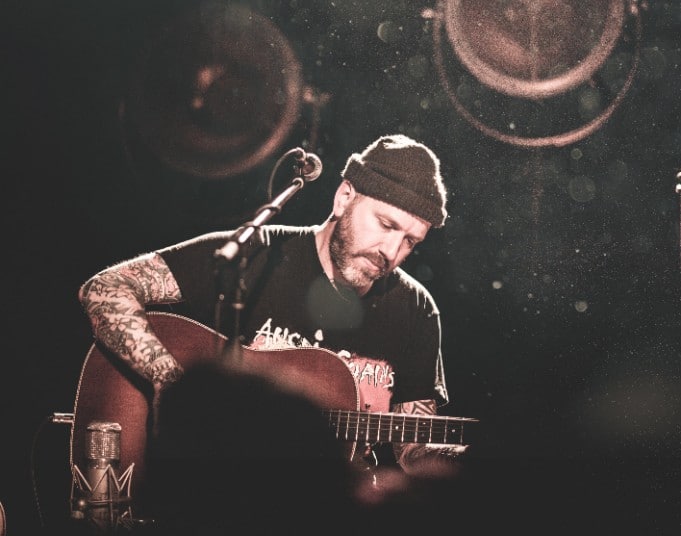 City and Colour, acclaimed singer, songwriter and performer Dallas Green, has launched a new label called Still Records, an imprint of Dine Alone Records. The first, official release is a very special live City and Colour album, Guide Me Back Home, to be released digitally on October 5 with physical product available November 23. The album was recorded during 2017’s sold-out “An Evening with City and Colour – Solo” Canadian tour where Green performed serene, stripped-down iterations of songs spanning his award-winning catalogue in an intimate theatre environment. The tour covered 25 cities from coast-to-coast. Green worked with Plus1 to collect $1 from each ticket sold during the 2017 tour to benefit MusiCounts. In the same spirit, $1 from the sale of each Guide Me Back Home album worldwide will be donated to MusiCounts.