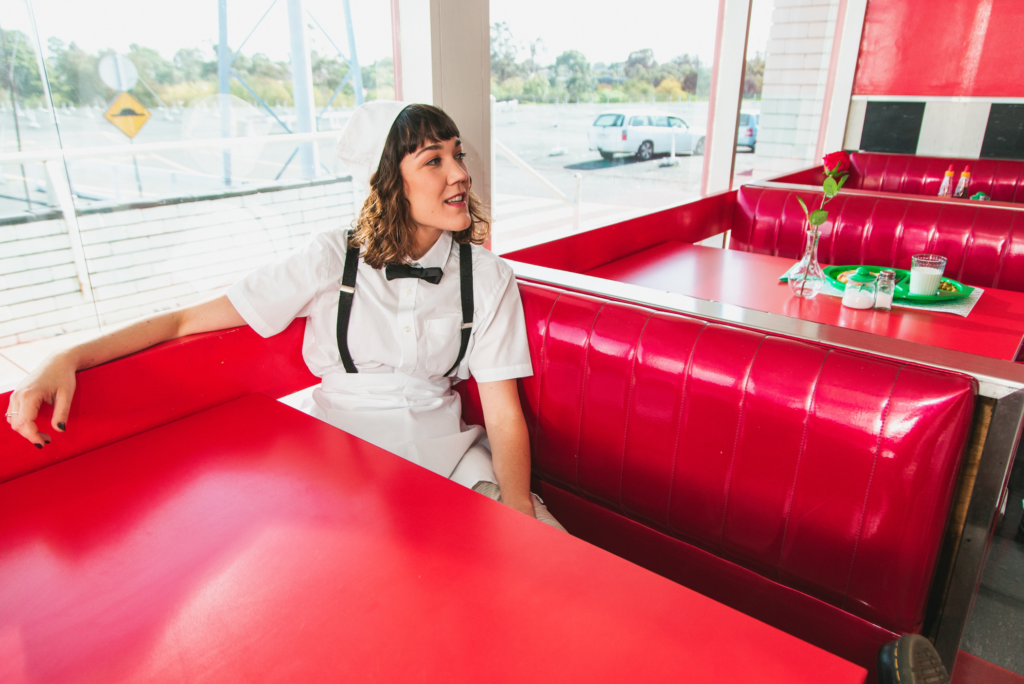 Off the back of a brand new single release, distinguished Melbourne musician, Clio Renner is thrilled to share the music video for the heartfelt sounds of ‘Silly Girls’, as premiered via Clipped TV yesterday.

Written in response to the common trivialization of women in the music industry and beyond, ‘Silly Girls’ is an ode to all women who have been made to feel undermined, often by the male counterparts in their field.

Working with Director and Producer Bianca Milani, Clio allowed Bianca’s brilliant and creative mind to take one small ingredient, the song, and with what it meant to Clio (a celebration of the feminine absurd) to create and cook up one almighty delicious monstrosity of colour and characters.

The tongue-in-cheek video filmed at the Coburg Drive-In, has a bit of girl rule boys drool attitude, highlighting the notion that we see the filth in the humour and attitudes of men every day, but as women, it feels rather unacceptable.

With an all-star cast of Esita Morgan, Tilman Robinson, James Gilligan, Brian Campeau, Edward Fairlie, Angus Leslie, and Alexander Beck, Clio invites you to the table for to bask in a banquet fit for a queen set to the backdrop of delectable food design and elaborate costumes.

“The awfully absurd characters, who shine like diamonds throughout the clip, are some of my best friends. It was never supposed to get to that level of grotesqueness but the day really escalated!! It was Bianca’s idea from the start that she wanted the eating to be in reverse. It’s weird, whacky and wonderful- bringing the whole clip into an almost fantasy realm of silliness.” – Clio Renner

‘Silly Girls’ sees Clio further push her well-established name to new lengths, settling into her confidence as an artist and relishing the realization of her own creative power.
Don’t miss Clio when she serves up a smorgasbord of new music during June in Melbourne, Castlemaine and Sydney.