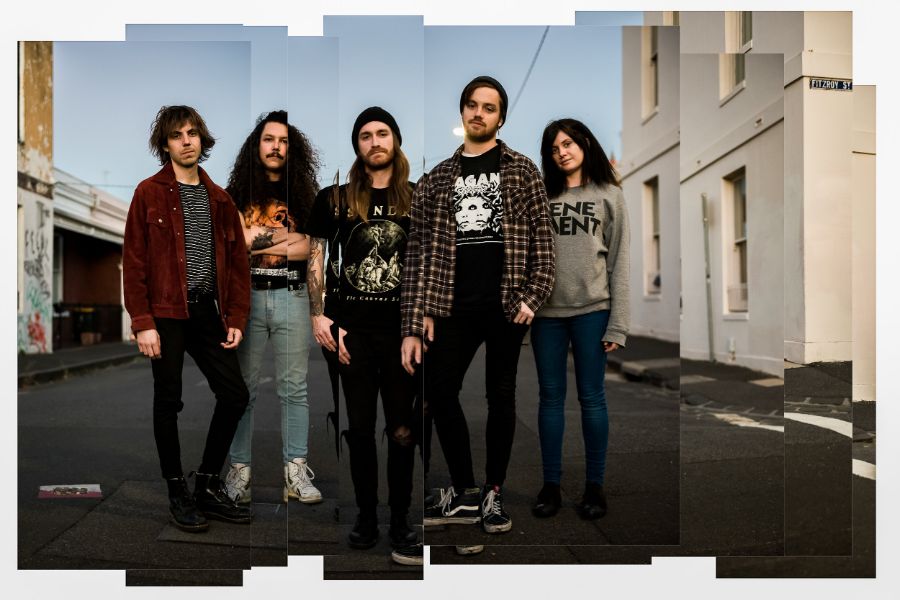 Clowns highly anticipated new record Nature/Nurture is OUT NOW and as you may have guessed, the gang will not be waiting long to take these tunes to the stage across Australia and abroad!

Nature/Nurture will be getting it’s first dose of mileage on an Australian run this June through Hobart, Gold Coast, Brisbane, Sydney, Newcastle, Adelaide, Melbourne, Perth and Bunbury, sporting a healthy mixture of some of the biggest venues the band has tackled to date and a few shows that are sure to be hard to get into and drenched in equal parts beer and bodily fluid. Coming along for the ride will be Melbourne’s Private Function, a band under the Damaged wing who have recently been keeping themselves busy touring with The Bronx in Australia, gearing up for their first full-length record and selling out pub shows.

Nature/Nurture – the record that has struck Clowns a deal with punk empire Fat Wreck Chords, sold out of coloured vinyl variants and won them first prize in a national hot-sauce championship – has been dubbed by Stack Magazine as “their strongest record yet”. It’s an implosion of punk soaked garage, hardcore and psychedelia that’s a sonic nod to punk of the ages, yet with hardly a touch of nostalgia and refreshingly unique. It’s already gained critical acclaim the world over with Alternative Press in the US exclusively premiering the record to their 1.2 million Facebook followers, placing number 1# in the April 2019 Visions chart (Germany’s leading alternative publication) and is sure to expand ever higher on the foundations the band have laid through their relentless DIY style touring that has seen them exhibit everywhere between punk floor shows in the jungles of Borneo, the world’s biggest heavy music festivals, Marvel Stadium with Foo Fighters and your best mates backyard.

Clowns are ready to explode, the fuse has officially been lit and the trajectory is looking good. Catch Clowns as they launch through a city near you! Tix from clownsband.com