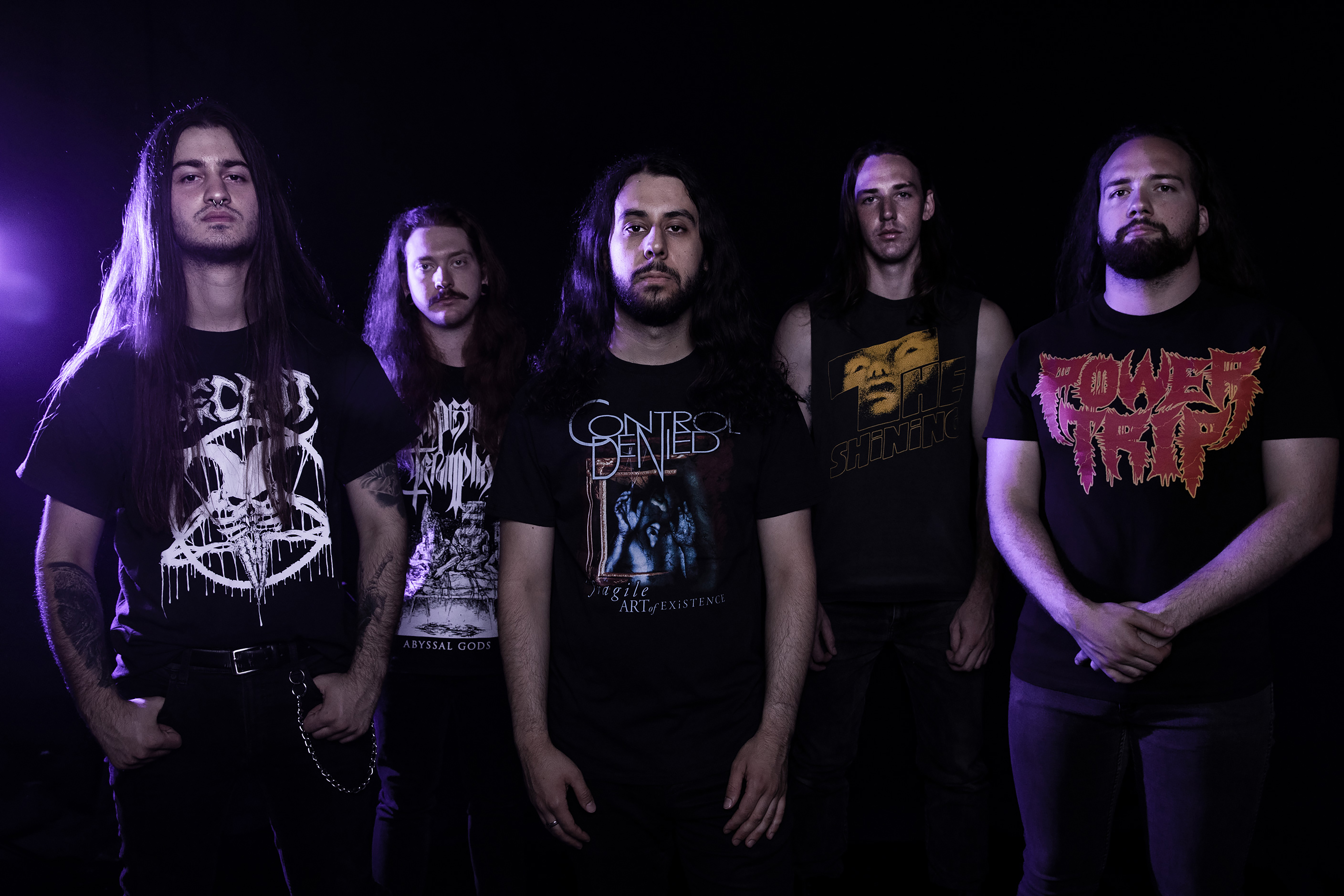 Western Australian Death Metal voyagers Crypt Crawler announce the release of their second full-length album entitled ‘Future Usurper’. Accompanied by the title track and first single off the album which hits streaming platforms April 2nd. ‘Future Usurper’ reflects a dystopian world where leaders control civilization to the absolute extreme. It talks of ideas about overbearing control in the future, rewiring human thoughts and emotions. It’s also a slap to the face slice of death metal blending in elements of the old school with current day brutal force.

Crypt Crawler have been working away, building a solid reputation and fan base over the last couple of years in our country’s west. They pull old school death metal vibes and traditional tones together with a modern approach.

They write well-crafted death metal with intelligent concepts and themes within their lyrics. It’s a brutal, dirty and grimy as f@#k blend of elements reaching into the most primal corners of a death metal fans blackened soul.

While they are yet to tour at a national level with their plans to do so held back by the pandemic, they’ve still managed to turn heads on a national basis. Having already infiltrated the airwaves on Triple’s J’s The Racket among many other national heavy radio shows following the release of their debut album ‘To The Grave’ (2019) and EP’ Blood Sustenance’ (2020). From packing shows in the west to appearing on heavy festival bills like Slayfest and Metal United Down Under.

Crypt Crawler have been making their mark, forging a path built on the back of their own hard work, and it’s only a matter of time before they start pushing it further around the country.

Their new album’ Future Usurper’ comes out on Wednesday, June the 2nd, but for now bang your heads to the first taste of the album under the same title and get in quick to preorder a copy.