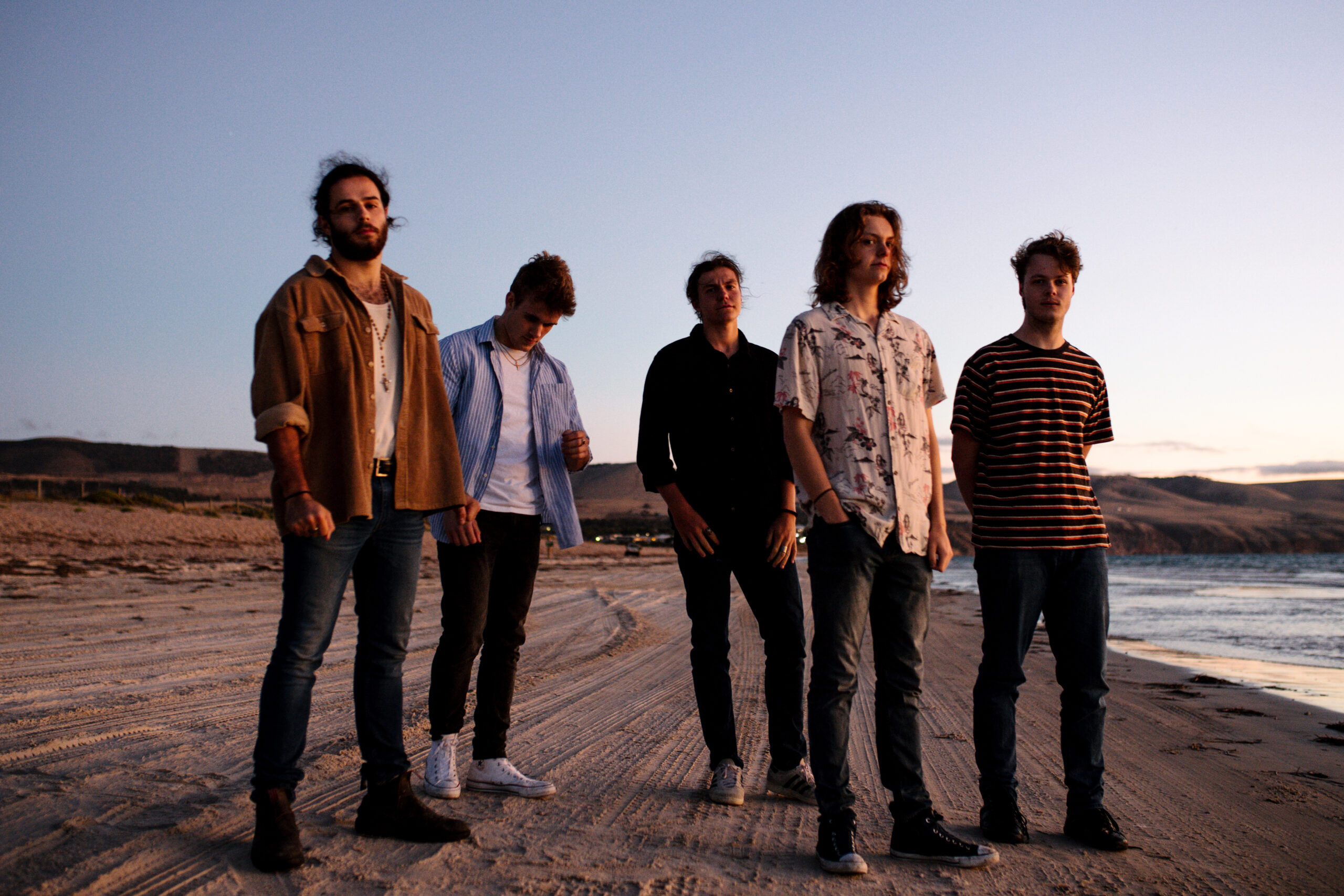 Broken Waves today release their debut EP, Turning Point, representing a determined focus on honest and darker lyricism, with the EP engaging in a broad range of socially driven topics across politics and mental health.

Turning Point is at its core an EP about us growing up and finding out who the band areas a collective and individuals, working through what they want to say with their music.

Each song occupies a very different sonic world but it’s all tied together with a newfound emotional intensity and lyrical themes of wanting something better for society and the world. Every track captures a different aspect of their experience with becoming adults.

“I feel like the varied styles we explore perfectly express the chaos of life” said the Brokens Waves’ bass player and vocalist, Ben Lyons –Reid“The progression from the start to the end is oddly coherent, starting with the dance, synth-wave single ‘Drag Me Back’ and then growing into a more serious set of songs with the following three tracks, bringing a deeper level of lyricism and instrumentation.”

“Each song on the EP definitely has its own unique and individual a story, with a common theme of ‘coming of age’ throughout the record and I think that comes across strongly when listening start to finish,” said lead Guitarist, Will Physentzou

Two singles have already released from the EP, including the lavishly electro-funk track, Drag Me Back, which embellishes the groups strong synth-wave foundation with upbeat tropical ambiences; and Throne, which was loosely inspired by the death of Socrates and broadly referencing the many individuals throughout history who were never accepted in their own time but became legends after their death.

With Ben Lyons -Reid (Bass and Vocals), Declan Oetjen (Rhythm Guitar), Will Physentzou (Lead Guitar), Heath Oetjen (Drums) and Matt Evans (Keys), the group have been eagerly building their foundation in the Adelaide music scene and are ready to make a splash with their debut EP ‘Turning Point.

After receiving a Project and Developments grant from Carclew, the band has spent the better half of last year recording and preparing ‘Turning Point’ at Wizard Tone Studios and was mixed by James Brown and mastered by Jarrad Payne. To celebrate the release of their debut EP, Broken Waves are premiere ‘Turning Point’ live with an EP Launch at The Lab, Adelaide on April 10th