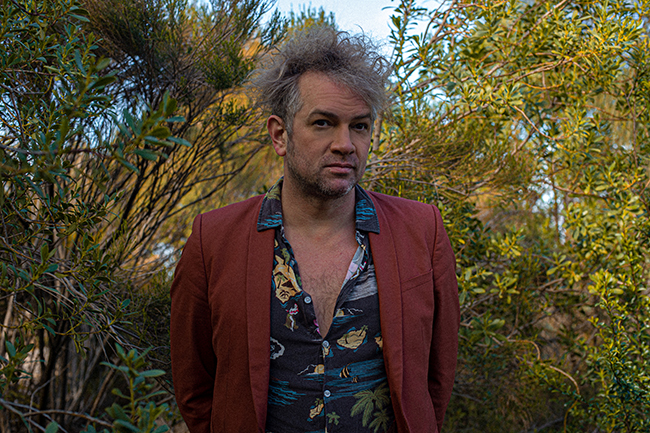 Having only just recently announced his 15th anniversary show at Melbourne’s Gasometer, iconic Australian artist Dan Kelly is today announcing that his first show has sold out!

To meet ticket demand, a second show has been added at The Gasometer, which will include Melbourne’s Olympia on support duties, while Loose Tooth lend support to the first show on December 7th.

019 marks the 15th anniversary of Dan Kelly & the Alpha Males, ‘Sing the Tabloid Blues’, which saw Dan joining force with a storied cast of emerging Melbourne-based musicians to form the Alpha Males and create a critically acclaimed masterpiece, redefining the 2000s Melbourne sound all over again.

This December, the Alpha Males are re-forming to celebrate the album’s release with two very special shows at Melbourne’s Gasometer, with acclaimed Melbourne indie-rockers Loose Tooth as speical guest on December 07, and Melbourne favorite Olympia on support duties for the December 08 Show.

Dan and the Alpha Males will be playing ‘Sing the Tabloid Blues’ in its entirety as well as hits and favourites including ‘Drunk on Election Night’ that have become part of the soundtrack to modern Australia.

Fans who witnessed the band’s only previous reunion show in 2016 will attest that the blend of raucous guitar-driven energy and the misfit perspective of Dan’s unique lyrics were as potent a force as ever, with an infectious celebratory spirit in the crowd that will no doubt be present again this December.

Released on In-Fidelity Recordings in 2004, ‘Sing the Tabloid Blues’ was Dan Kelly’s debut album, quickly achieving critical acclaim and leading to three ARIA nominations and performances at the Big Day Out and Falls Festival. The Sydney Morning Herald lauded its lyricism, comparing it to a ‘book of short stories” with “nuggets of melodic gold”.

From the jangly guitar pop of ‘Check Out Cutie’ to the blues-infused balladry of ‘Step Forward’ through to the melancholic acoustic closer ‘River O Tears’, ‘Sing the Tabloid Blues’ takes you on a journey through Melbourne in 2004 and set the scene for the career of a modern Australian troubadour.

“I wrote these songs in a rambling share house in Elwood,” recalls Dan. “I’d just moved down from Brisbane and found myself writing about general lack of direction, bushfires, celebrities, wine, boys and girls in transit and sort of in love, sub tropical geography… there was definitely a ‘Saturn returns’ angle in there too.

“They started out quite gentle and jokey, then once I started playing them with the guys, they mutated into something tough and swinging. My dining table acoustic numbers turned into crazed guitar music. I was terrified.

“To come back to these songs fifteen years on, with some perspective and a lot more miles under all of our belts, it’s gonna be an adventure.”