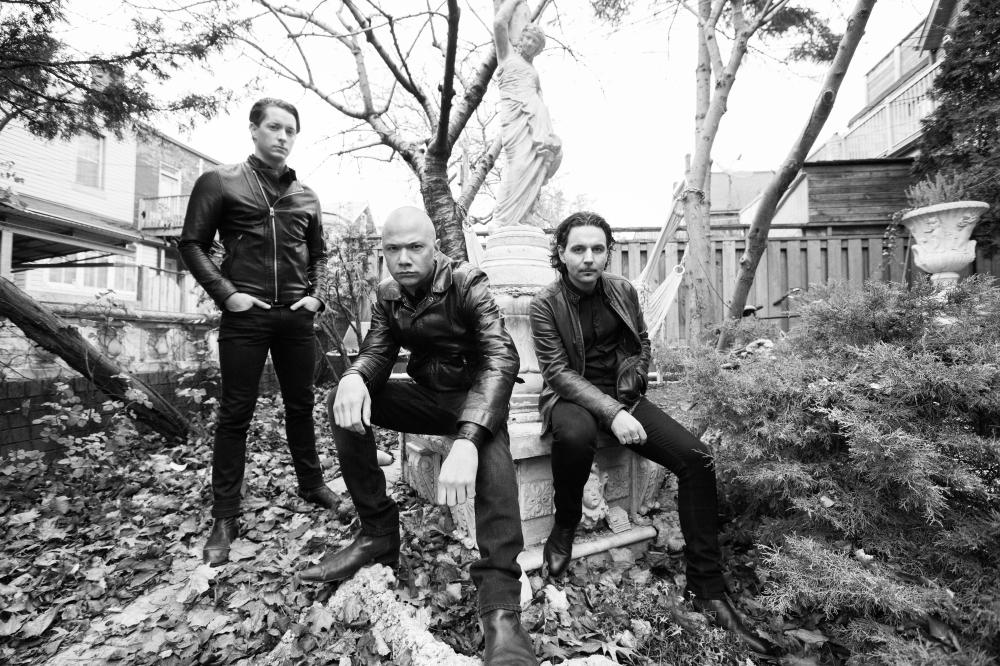 DANKO JONES
DROPS NEW SONG
“I’M IN A BAND”, ANNOUNCES AUSTRALIAN HEADLINE TOUR
‘A Rock Supreme’ album out Friday April 26 through Indica Records
With just six weeks left until the release of their highly-anticipated new album, “A Rock Supreme,” the acclaimed Canadian hard rock group DANKO JONES has unveiled a fourth track from the record – its infectious opener, “I’m In A Band.” Last in Australia for Soundwave Festival 2013, DANKO JONES just announced their headline tour of Australia in May/June which will see the band play Melbourne’s Stay Gold, Brisbane’s Crowbar, Sydney’s Crowbar and Adelaide’s Enigma Bar. Shows on sale at silverbacktouring.com.au from Friday March 29 and album A Rock Supreme out Friday April 26th through Indica Australia.

In addition to setting the tone perfectly for the 11-track, all-killer/no-filler “A Rock Supreme,” “I’m In A Band” is an autobiographical mission statement that aptly captures front man Danko Jones’ limitless passion for all things rock from its opening words: I’m in a band, and I love it / All I want to do is play my guitar and rock and roll.

DANKO JONES – whose namesake front man contributed guest vocals to Volbeat’s 2017 #1 Active Rock hit “Black Rose,” has made a name for themselves over the years as a must-see live band during memorable tours with the likes of Guns N’ Roses, Motörhead and Clutch. The group’s best-known material includes “Had Enough,” which earned the group their first gold and platinum singles in Sweden and has racked up more than 14 million Spotify streams; “Gonna Be A Fight Tonight,” which WWE used as the official theme song of the 2015 Royal Rumble; and “Lovercall,” their first of seven singles to crack the U.S. Active Rock Top 40.

After Australia, DANKO JONES will return to America later this year, when they will embark on the inaugural Megacruise with Megadeth, Anthrax, Testament and other legendary heavyweights. The band also has a number of high-profile European performances scheduled in the coming months, including an appearance at the annual Sweden Rock festival, the Highfield Festival in Germany and a Helsinki date supporting The Offspring.

Danko Jones new single ‘I’m In a Band’ is out now on all digital outlets and the new album ‘A Rock Supreme’ is out April 26 through Indica in Australia and New Zealand. The album can be pre-ordered on CD or limited-edition vinyl at DankoJones.com. Digital pre-orders include four instant downloads – “I’m In A Band,” “We’re Crazy,” “Burn In Hell” and “Dance Dance Dance.”Also available now at iTunes, Apple Music, JB Hi-Fi and Google Play!

Tickets for Danko Jones’ Australian Tour will be on sale 29th March at silverbacktouring.com.au.