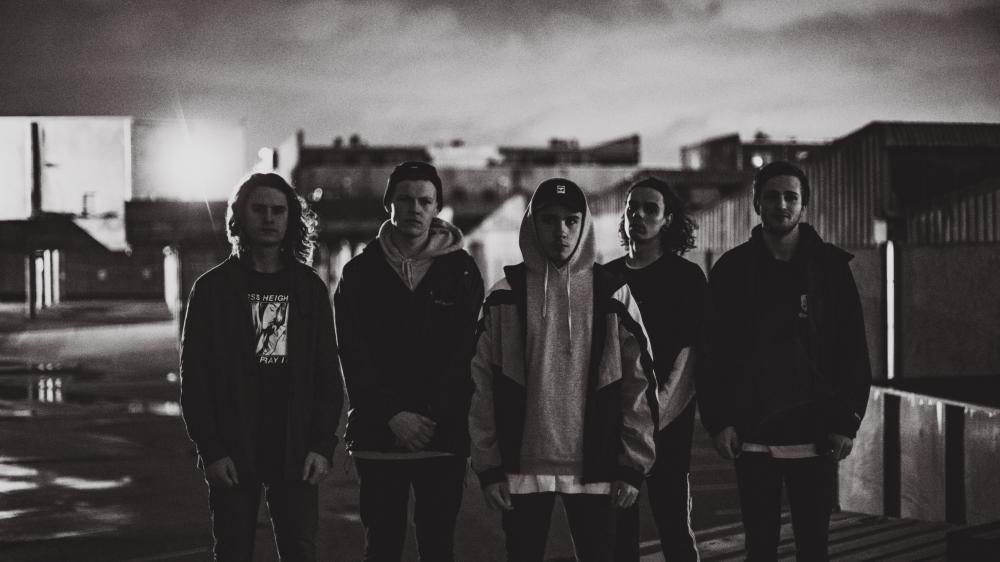 Planet Perth’s Daybreak are quickly being recognised as the next big thing in Australian Heavy Music. Having recently toured nationally with acts like Polaris, Alpha Wolf and Honest Crooks – the words SOLD OUT being stamped all over posters has been common occurrence.

Leaving behind their high school beginnings and moving forward into young adult life, the band recently stepped back into the studio with engineer and producer Cody Brooks to record new single ‘Acid Green’, which was then mixed and mastered by Lance Prenc. The track is available for purchase and streaming Wednesday, July 4th with a local launch party happening at Amplifier Bar, Perth taking place on Saturday, July 14th featuring guests Deadlights (Brisbane), Illyria and Owed to Damnation.

While the pure anger of their youth still remains, the band’s sound has matured into its current state.
Vocalist Shaun Cox said that new single Acid Green “…talks about a turning point at the start of my adult life. I describe the emotions that were running through my mind at a time where I could visualize how my future would pan out if I didn’t change the fundamental values in my life. This experience caused me to grow and mature as a person, faster than anything had before which also accompanies the maturing in the sound of our music. Acid Green is the start of the next chapter of Daybreak.”

Daybreak’s 2017 sophomore EP Death Dreams featured tracks with guest vocals from Mark Poida from Aversions Crown and Jamie Hails from Polaris. The EP’s massive & complex deathcore sound, developed well beyond their years, proved to be hugely successful and resulted in their Spotify numbers going through the roof, being showcased on the Official Deathcore Spotify & Homegrown & Heavy playlists to over 150k followers. Daybreak have already supported a tonne of bands, including Parkway Drive, The Acacia Strain, Stick to Your Guns, Ocean Grove, Alpha Wolf, Polaris, Hellions and Make Them Suffer.