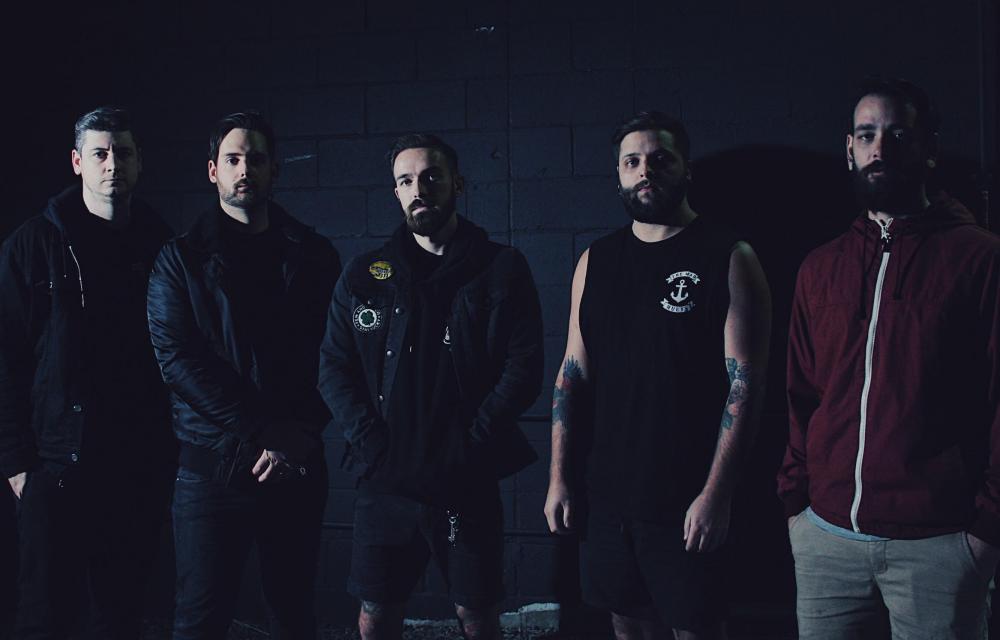 Of Misery is Brisbane’s newest downtempo and bone-crushing heavy band. Today they are announcing the release of their debut EP “Black Noose”. The 5-piece brutal crew are celebrating this release with a first taste of the EP with the title track from the record, streaming now. Blending the aggression of deathcore and the emotion of hardcore, and dealing with subjects such as depression, anxiety, denial, bullying, and abuse – they are poised to be heavy music’s newest sound.

The Black Noose EP will see its release into the world on Friday August 10th and the first single from the record, also titled Black Noose, will be in streaming/digital outlets from this Friday July 6th.

The record was Recorded, Mixed and Mastered by Cory Judd at Colossal Tracks Studio (She Cries Wolf, A Night in Texas, Crowned in Flesh and more).

Charley Watson, vocalist for the band said that “Black Noose paints the emotional reality of our collective upbringing, from young adolescent teenagers to our current state. The songs in cover topics such as anxiety, depression, suicide, drug addiction, bullying and acceptance. In certain songs we make some relations to God, though we are not a religious band we like to make the topics that have happened in our lives relatable to all audiences no matter their situation or beliefs. The lyrical side to Black Noose is very dear to us, and in many cases personal. The title track from the EP especially relates to my childhood and tells the story of when I used to get bullied by the neighbourhood thug.”

“In making the overall tonality of Black Noose, we wanted to bring a dark, aggressively heavy and ambient touch to chug doom deathcore. We wanted each song to pack a punch of reality and emotion and be utterly mosh.”

Formed in mid 2017, their original lineup consisted of Charley Watson on vocals, Bart Tyson and Andy Barker on guitars, Julian Lang on bass and Cai Cardenas on Drums. After a few months of writing they released their debut single “Immortal” in October 2017. In June of 2018 Andy Barker left the band to pursue other interests and was soon replaced by Dan McLuckie. They are due to release their debut EP “Black Noose” on August 10th 2018, with the title track being released on July 6th.