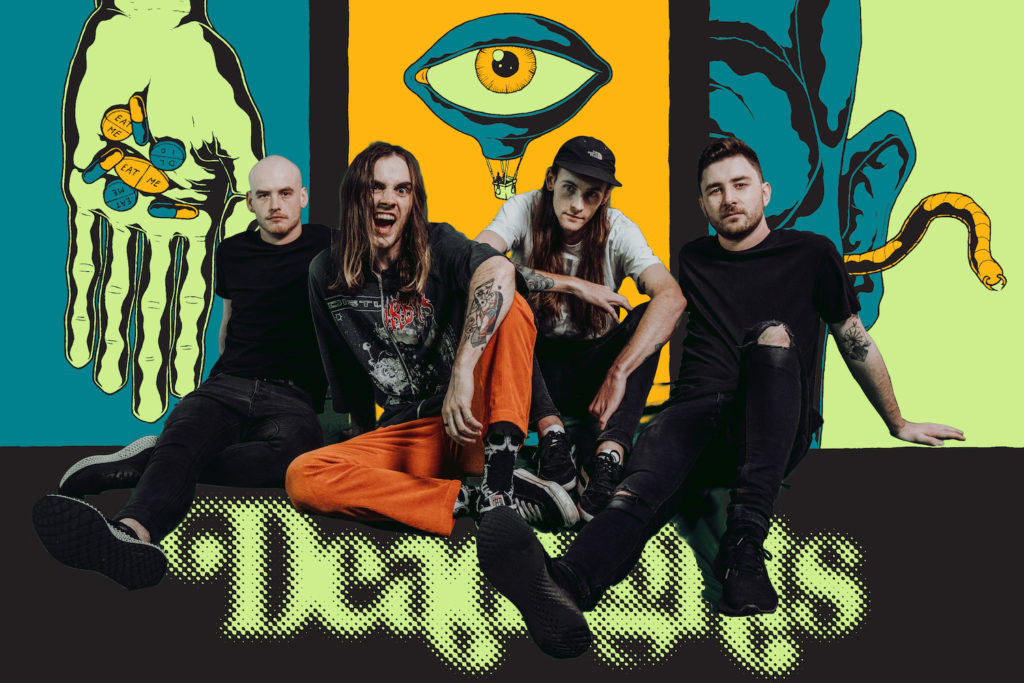 Brisbane post-hardcore act Deadlights have never been ones to shy away from the more complex issues within their lyrical content. Through their music we’ve heard them question everything from being gas-lit by loved ones, to artists regurgitating the same thing ad nauseam, to trying to find ways to defeat the voices inside us; and now their lens is focused firmly on the media landscape forced upon us by greedy corporations.

vocalist Dylan Davidson. “It is the product of our disillusioned generation raised by egocentric icons. It is the twisted retelling of me tuning in the radio and saying ‘What the fuck?’ out loud even with no one else in the car. It is us kicking into action the next phase of Deadlights. Eat it up.”

Is it worth what it cost us?

Much like the punk acts of days gone by, Deadlights has been inspired to drop singles in bombastic bursts; with Sugarcoated Psychosis being the second emotionally charged track to drop this year. Davidson shares that this is part of a bigger, but somewhat unplanned, picture. “Much like Bathed In Venom, Sugarcoated Psychosis is an internal frustration relevant to us right now; one that we needed to flush out. We wanted to release it as a stand alone single as thematically, it is quite separate from the rest of what we’re working on. We’re painting on a canvas that all ties in together in subtle ways. Sugarcoated Psychosis just took on a life of it’s own.”

For the ever growing fanbase chomping at the bit to sink to hear what happens next, Davidson promises that’s coming very soon. “We realise we’ve been a bit of a tease this year. With Sugarcoated Psychosis, that’ll be 2 singles released this year; but never fear, a lot more music is coming. Patience is virtue! Our fans are so damn devoted and we want you to know that we live and breathe for this, and are not slowing down. You will see us in 2020.”