Are set to join

Download is set to blast into Sydney for the first time next year, taking over Parramatta Park, and returning to Flemington in Melbourne after an insanely successful 2018 debut that reunited Australia’s heavy music community for a large-scale festival experience!

Since the release of their 2001 debut LP, ‘All Killer, No Filler’ that delivered anthemic radio hits ‘Fat Lip’, ‘In Too Deep’ and ‘Motivation’, Sum 41 have taken the world by storm with their signature blend of rock and pop, skate punk. The Grammy-nominated, Juno Award-winning, multiplatinum-selling Canadians have released six LPs since their formation in 1996 and garnered a reputation for one of the most heavily touring acts in rock. In 2014, lead vocalist Deryck Whibley was hospitalised fighting for his life, due to alcoholism. After one month, he was released as an outpatient to beginning his road to recovery. His songwriting partnered his recovery and in 2016, the band released their most intense, cathartic and all-around finest work in years, ‘13 Voices’ to a hungry, unwavering fan base. Sum 41 land in Australia for Download 2019 as in impenetrable unit, to deliver a dynamic, impassioned set!

Few bands have endured with as much demonstrably California-encompassing vibrancy as the Hermosa Beach, CA institution that is Pennywise. Pennywise possess the power to merge the subversive with the celebratory, they reign unchallenged, outside the margins of the mainstream, a staple on the worldwide festival circuit, revered and championed by generations of fans filling theaters and clubs. Each Pennywise record is chock full of fast-paced anthems expertly engineered to inspire radical change, personal empowerment, relentless hijinks, and reckless fast times. On paper it may read like a mess of contradictions, but on record, it sounds like California. At this point, three decades since the band’s DIY beginnings in 1988, Pennywise classics like ‘Same Old Story’, ‘Fuck Authority’, ‘Alien’, ‘Homesick’, and ‘Bro Hymn’ are as fundamental to punk rock and hardcore as stage dives and guitars. Pennywise summon all the best and brightest of SoCal punk spirit, consciously exposing the world’s flaws as well as their own, and celebrating life loudly, we are beyond stoked to welcome them to Download 2019!

Thy Art Is Murder furiously charges once more unto the breach, clawing and spitting against the dying light and a seemingly inevitable collapse of existence. The Sydney metal crew have redefined a once cast aside and maligned subgenre, proudly reenergizing and representing the best in extremity. A new generation of death metal acolytes and vintage thrashers alike, enthusiastically proclaim the band’s unrelenting aggression, cementing a reputation with an increasingly fervent international fanbase. Following the release of their crushing fourth LP ‘Dear Desolation’, Thy Art Is Murder smashed a SOLD OUT Australian tour, tore through 30-dates across the US with Dying Fetus, and completed their longest ever European run, including a headline slot on the metal stage of Europe’s beloved Download Festival. Capping off an epic 2018 supporting Parkway Drive on their huge arena tour, Thy Art Is Murder show no signs of mercy as they storm into 2019.

2018 is the year that Sydney five-piece, Polaris have cemented their place in the global scene among Australia’s most elite heavy music exports with a metalcore torch held high in their hands. In January, they toured with seminal down-under heavy heroes Parkway Drive and a show-stealing appearance at their second Unify Gathering. They have slapped a sold-out sign on all three of their Australian headline tours this year including their most recent national tour headlining their biggest shows to date. One of 2017’s most anticipated heavy releases, Polaris’ debut album, ‘The Mortal Coil’ stunned audiences and critics upon its release in November, landing at #6 on the ARIA Album Charts and #1 on the Independent Albums Chart, scoring a Triple J Feature Album. Polaris gain a reputation as one of Australia’s most invigorating live heavy acts.

Melbourne hard rock outfit Twelve Foot Ninja have cemented a cult following off the back of their brand of heavy, hard, alt rock. One of Australia’s hottest, most innovative, and experimental rock bands, #1 on the AIR album chart, ARIA nom for Best Hard Rock album, Winner of Best New Talent at the US Golden God Awards, over 15 million views of their clips on YouTube they have toured all over the USA, Canada, Europe and Australia. Twelve Foot Ninja are often classified as heavy fusion or progressive hard rock but whatever genre you call them, they are known for their seamless genre-hopping, soaring melodies over heavy rock, and witty music videos – they take an authentic approach to each style and tie it all together to deliver an inimitable sonic flavor.

Slaves Since first bursting out of the UK pub scene in 2012, Slaves have gone onto become of the UK’s most ferocious live bands, and their brand of high-energy punk rock has won them fans worldwide everywhere from Melbourne to Moscow. Fresh from the release of their critically acclaimed third album, Acts of Fear and Love, Isaac Holman (drums, vocals) and Laurie Vincent (guitar, vocals) are bringing their anthemic new songs to people, smashing up festival stages and venues alike in a joyous, celebration of big riffs, big beats and even bigger choruses. You owe it to yourself to see this band. What time are you announcing today?

Australian pop sensibility with modern progressive heaviness – this is the cult force that is VOYAGER will perform at Download Australia 2018. VOYAGER’S sensationally anthemic songs offer huge soundscapes, pop and prog sensibilities with catchy and thought-inducing instrumentals. With concerts described as “amazing chemistry blending pop with heavy, technical and progressive riffs”, VOYAGER are consistently a live force to be reckoned with so be sure to witness them. With 6 full-length albums under their belt and shows throughout North America, Europe and Asia with the likes of Deftones, Opeth, and more. The five-piece from Perth is now firmly entrenched in its international repute as “the band who doesn’t sound like anyone else”.

DOUBLE DOWN(LOAD) TICKET: $360 + BFs
Want more Ozzy? Need more Slayer? Then why not double down on your Download experience with the Double Down(load) ticket.

With a Double Down(load) ticket you won’t have to miss a thing with discounted general admission entry to both Download Sydney on Saturday 9 March 2019 AND Download Melbourne on Monday 11 March 2019 (Labour Day Public Holiday). It’s a long weekend after all, so why not make the most of Download 2019!

Exclusive pre-sale for Optus customers, thanks to Optus Perks from 9am, Friday September 21 until 12am Saturday September 22. For more information on how to purchase, visit optusperks.com.au or download My Optus App today. 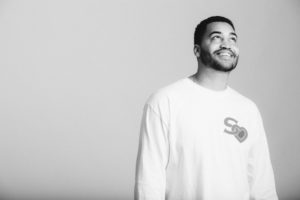 Previous post Watch: A Voice For Change Episode 1: B Wise 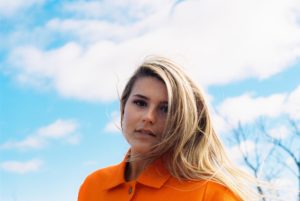