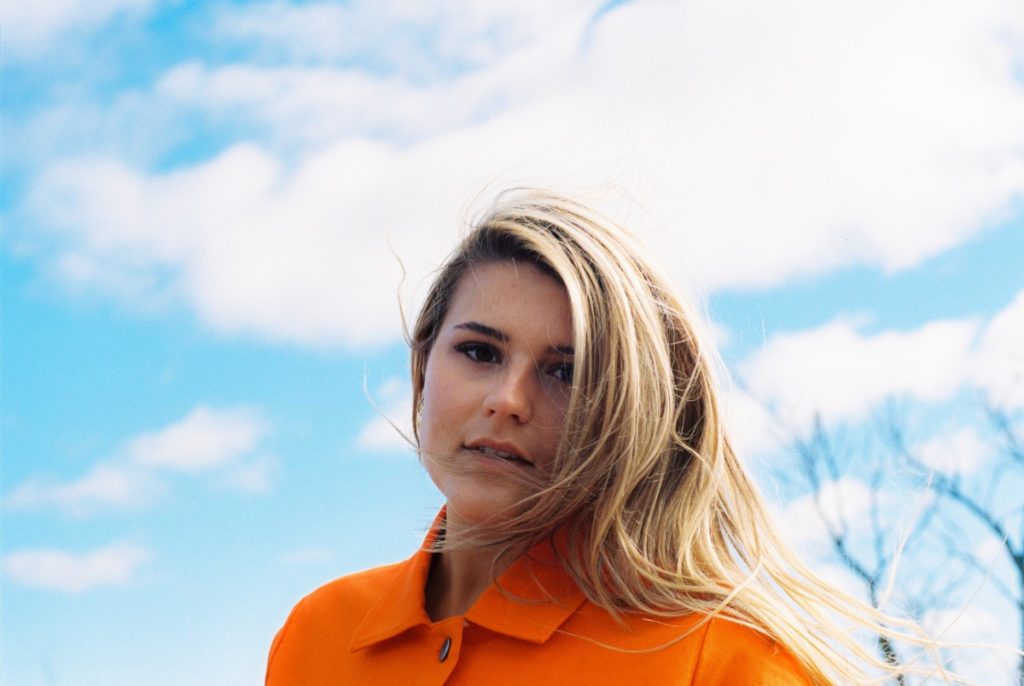 In the lead up to her December Bold Enough EP Tour, Melbourne-based Eliott today releases a vocally charged live
video for her new single ‘Photographs’. For the video, Eliott’s powerful performance is accompanied by a 16-person
chamber choir, adding a heightened energy to the ballad and highlighting her inimitable vocals.

The video was filmed at George Ballroom in St. Kilda with Melbourne’s Polyphonic Voices. Australian composer
Jamie Messenger was key in rearranging the original version of ‘Photographs’ bringing new life to the song with the
choir. When asked about the idea of choir, Eliott says “I remember so clearly being in the studio over a year ago
layering all of the harmonies [on the recorded version] and thinking how great it would be to sing this with a choir.”
Eliott is not one to shy from laying down new live performances for her video clips. Experimenting with her third
single ‘Calling’, Eliott turned the piano driven song to an awe-inspiring acoustic performance accompanied only by
guitarist Riley Pearce.

‘Photographs’ is lifted from Eliott’s 6-track debut EP Bold Enough which includes singles ‘Figure It Out’, ‘Over &
Over’ and ‘Calling’. Much of her EP is characterized by muted piano’s and synth so it was a welcome surprise that
the original version of Photograph’s was a quiet-jazzy-guitar number about that feeling of when you’re taken back
into a memory of experience and relive it. A feeling triggered by something as simple as a photograph.
As like all the songs on the Bold Enough EP, Photographs is produced by Jack Grace.
The singer-songwriter has received rave reviews globally for her debut EP and was a highlight at this year’s Bigsound
Festival. She toured with No Mono (Australia), Dean Lewis (UK & EU) and played to capacity crowds on her most
recent debut headline tour. ‘Over and Over’ was voted in triple j’s Mid-year Report: 10 Aussie songs that blew me
away this year and championed not only by the j’s but from the likes of RTR, FBi Radio, Clash Music, The Music,
Pilerats, Indie Shuffle and Triple R.

With her growing success, Eliott will take EP on the road performing bigger rooms and larger stages for her
upcoming ‘Bold Enough EP Tour’ playing Melbourne, Sydney and Brisbane. Limited tickets are still available, with
details below.