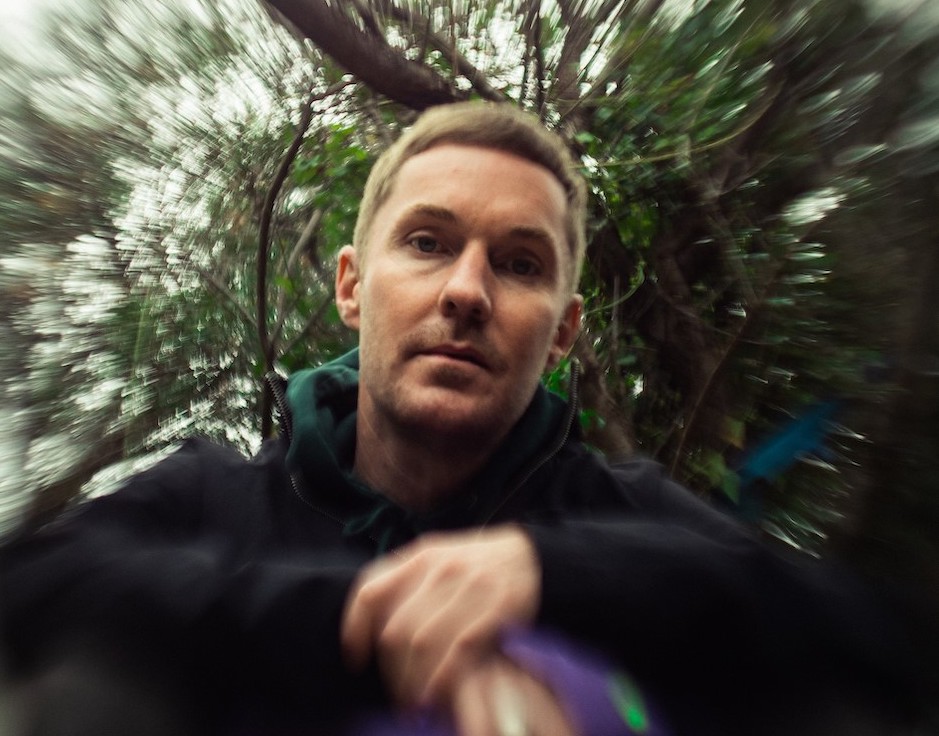 Aussie hiphop king Drapht will tonight share his electrifying new track Problem Here, featuring fellow local Perth hypes Complete and Eli Greeneyes, dropping at 8pm AEST. Accompanied by a killer video, Problem Here is the second taste of the prolific artist’s brilliant new album Shadows and Shinings, an introspective and complex release demonstrative of Drapht’s impressive penchant for reinvention, out September 10 – and available for pre-order now. To celebrate the new album, Drapht will be hitting the road in September for a massive national tour, kicking off at Settlers Tavern in Margaret River, WA on September 3, then moving through Perth, Adelaide, Melbourne, Geelong, Maroochydore, Brisbane and wrapping up at Miami Marketta on the Gold Coast on September 26.

Problem Here follows on from the spectacular Shadows On My Walls (that was complemented by the wacky, supremely clever video), a haunting track written “on the verge of a breakdown”, as Drapht himself describes. The two tracks feel connected through the act of self-reflection – Drapht’s uncanny ability to identify the things poisoning his outlook on life and dissecting them through hooky melodies, nostalgic, persistant beats and clever production. Problem Here feels equally influenced by Eminem as it does Machine Gun Kelly and Andre 3000, and with brilliant vocal contribution from Eli Greeneyes (who also produced the track) and Complete, this song is seriously powerful. Speaking on the inspiration behind Problem Here, Drapht explains, “It was the last song written for my album. I had just bought my dream house in the hills of Perth, and the week I moved all my stuff in – planes started flying over. Then I found termites in the roof, snakes in the backyard, and to top it all off I have a toddler at home and I decided to throw a puppy in the mix just for some extra excitement. It was all a tad bit stressful…!”

Filmed and directed by close Perth friends Complete and Uncool Sam from Drop Shot Media, the video for Problem Here is comical and true to narrative, as Drapht enthuses, “This clip was loads of fun and super easy to make, as we just focused on bringing the lyrics to life within the house where the initial idea came about. Thankfully the termites and snakes weren’t living there anymore.”

The new album Shadows and Shinings is a step into new territory for Drapht, but that’s no surprise – Drapht has proven album after album that he will always challenge himself as an artist and push the genre of Aussie hiphop in exciting directions with every release. Shadows and Shinings is a 15-track adventure through the human psyche, contemplative and deep, but still full to bursting with addictive beats and clever production. Finished during the lockdowns of 2020, Drapht explains the process behind the album,

“This album to me has been one big purge and a reset for the most part. It kind of feels like it’s meant to be slotted in just after my 2011 release The Life of Riley. Some song ideas had been following me around for 8 or 9 years, with others only being a few months. For the most part I owe finishing it to the isolation period in 2020. I had a lot of time to reflect on the identity and the relationships that came with making music. I found a lot of peace in letting go, going back to what I knew worked and concentrating on the people who truly matter… I worked with a heap of killer guests and friends on this project. There’s a lot of cathartic venting within the subject matter, but in all, it was the easiest and most enjoyable album I have made to date. I truly believe this is my best stuff.”

Drapht is a national treasure at this point, with platinum records, multi-platinum and gold singles and two ARIA awards under his belt. Shadows and Shinings is a stellar addition to his discography and will further prove his complete legend status, not just in the world of Aussie hiphop, but across the entire Australian music industry. Luckily, fans across the nation will have the chance to see Drapht live on his national tour in September – giving fans a taste of what to expect, Drapht says, “You can expect your old mate, backed by a high energy, six-piece live band of friends, and we’ll be playing 15 years worth of bangers.”