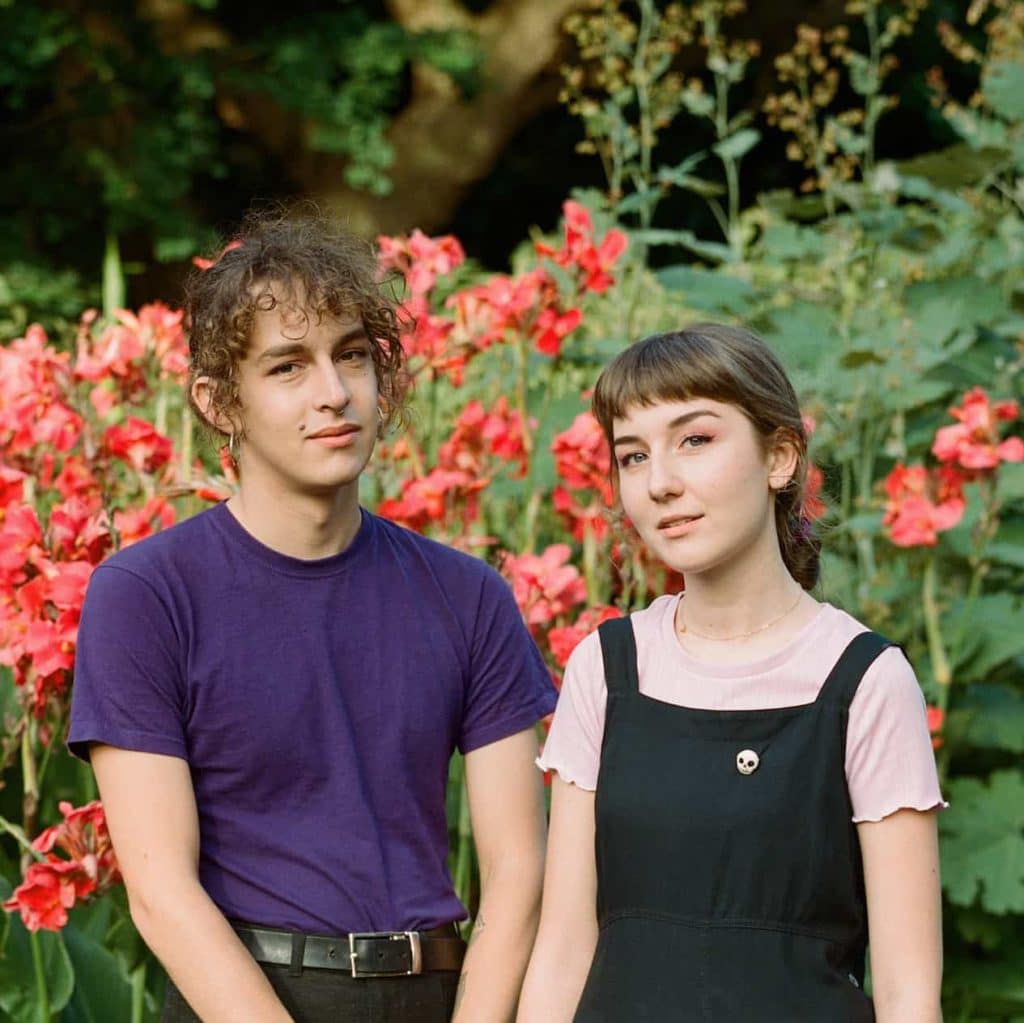 EGOISM​ began when ​Scout Eastment ​and ​Olive Rush ​started catching the same bus together in high school. Their regular morning arguments about music became the catalyst for them eventually deciding to collaborate with each other.
Scout and Olive were soon learning how write songs and make music; constantly running melodies and lyrics past each other. They discovered that they had a shared love and a

philosophy on how music should be made while hoping their songs could one day be played live to people that wouldn’t hate it.
In 2015 Scout and Olive (who were still in high school) finally assembled a band. This resulted in an era of playing any inner west warehouse, shop front or house party they could sneak their friends into. All the while they were steadily
dropping home-recorded singles online. 􏰀
Come 2016 the band had finally come of age and was ready to properly join the local band scene.
Since then EGOISM have steadily gained a reputation supporting bands such as​ Last Dinosaurs​,​ I Know Leopard​ and
Phantastic Ferniture​.
In 2018 Scout and Olive commenced writing and recording tracks for the forthcoming 2n​ d​ EP, resulting in ​‘​Sorry​’ – a driving dream pop anthem full of twinkling guitars and bittersweet harmonies coming together to project a strong
anti-gaslighting message. It landed the duo their first couple of plays on ​triple J ​as well as high rotation on ​fbi radio​ and triple j unearthed​. Not to mention a decent ​26,000 ​spins on Spotify!
Now they are ready to present their follow up single, ‘​Enemies​’. In true DIY fashion the track was ​recorded almost entirely in a single bedroom. It’s pure glittery guitar pop slathered in reverb and served up with the effortlessly captivating lead
vocals of Scout and irresistibly complimenting harmonies of Olive.
Interestingly, from a lyrical perspective, ‘Enemies’ appears to be about communication and the important supporting role it
plays in a friendship when overcoming inner struggles.
‘’So Enemies is really just about mental health and how it can affect the people you love. We’re both people that have never had anyone we’d describe as an “enemy”; I think we’re both too busy criticising ourselves and worrying about what the hell we’re doing with our lives. But when it gets to the point that those thoughts are driving us away from each other, it ends up feeling like the real enemy is inside you. So this song is about desperately communicating all those thoughts to each other’’
– Olive Rush (vocals/guitar)