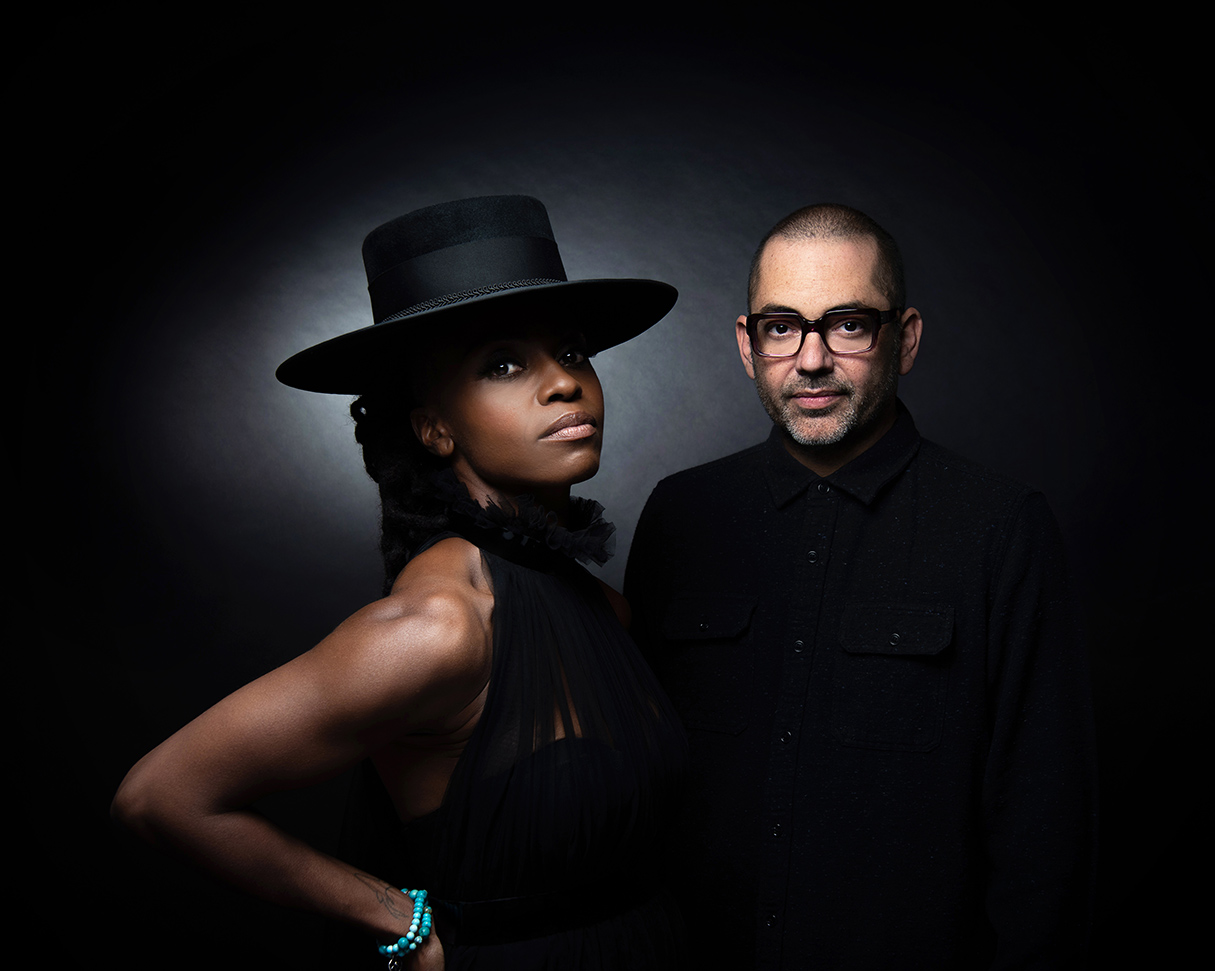 “I have been in communication with managers and agents since our first cancellation and I am so happy that we can finally bring back these internationals in time for Bluesfest as well as some touring dates. It feels like a brilliant Christmas present to me and I’m sure our Bluesfest fans will be stoked to hear about these much-loved artists coming back to Bluesfest. Living legend George Benson makes his Bluesfest debut; Morcheeba, Bluesfest favourites,  are very welcome returnees and The Wailers, for whom I hold a special place in my heart, are now led by a new generation of children as well as former members of the original Wailers, keeping the light and music of Bob Marley shining and alive.Marcus King raised the tent roof at our 30th birthday celebrations in 2019 – what a guitar phenomenon he is ! And remember The War & Treaty, how they became one of THE discovery artists in 2019 – it’s exciting to welcome them back as well. Amadou & Mariam, Christone ‘Kingfish’ Ingram and Cory Henry were all slated to appear in 2020, and it’s a joy to have them confirm their Bluesfest appearances at Easter.”

Following the success of his Quincy Jones-produced pop album ‘Give Me the Night’ in 1980, George Benson’s string of pop hits includes “Love All the Hurt Away,” “Turn Your Love Around,” “Inside Love,” and “Nothing’s Gonna Change My Love For You” from his 1985 album ’20/20′.

His current album, ‘Weekend In London’, was recorded live at the legendary Ronnie Scotts Club. Check it out and get a live snapshot of this giant and his amazing catalogue of songs and virtuosity.

This Australian tour will feature his repertoire of hits as well as a selection of Fats Domino and Chuck Berry classics that were featured on his previous release, ‘Walking To New Orleans’ album. Don’t miss this world-class act in 2022! MORCHEEBA

TOUR DATESTuesday 12th April 2022170 Russell, Melbourne, VICThursday 14th April 2022Enmore Theatre, Sydney, NSWFriday 15th & Saturday 16th April 2022BLUESFEST, BYRON BAY
Undeniably Bluesfest favourites and with a music career spanning millions of albums sold worldwide Morcheeba are making a welcome return to Bluesfest this April, with added touring dates in Melbourne and Sydney.  Having defined the ‘chill out’ genre with tracks like ‘The Sea’, ‘Rome Wasn’t Built In A Day’ and ‘Otherwise’, there are few people worldwide who cannot sing along to their beloved anthems of a genre-defying era. The leading lady of Morcheeba, Skye Edwards, has one of the most recognised voices on the planet. Hearing her smooth, effortless tone teamed with Ross Godfrey’s psychedelic guitar is an unforgettable, spellbinding experience. They’ll be featuring tracks from ‘Blackest Blue’, their 10th studio album which delves into the soul of the band’s genre-mashing musical heritage. “Blackest Blue is about finding a way through the darkest of times and emerging the other side changed but intact”. Get ready to bliss out as the true Morcheeba phenomenon unfolds on stage.THE WAILERS

Aston ‘Familyman‘ Barrett promised Bob Marley on his deathbed to ‘keep The Wailers together’ and he made it his life’s dedication. Today, carrying on the mission are legitimate members of The Wailers, children-of-legends and a host of immensely talented musicians featuring Aston Barrett Jr, guitarists Donald Kinsey (Wailer) , Wendel ‘Junior Jazz’ Ferraro and Owen ‘Dreadie’ Reid (Wailer), saxophonist Glen Dacosta (Wailer) and keys kings Tyrone Downie (Wailer) and Andres Lopez: all help shape that classic sonic identity. Dennis Thompson, the engineer who was there from the very beginnings of the band and vocalists Anne-Marie Thompson and Tamara Barnes contribute to this unique melting pot, both classic and excitingly fresh at the same time – the classic Wailers musical identity. It truly is a lineup of reggae royalty ! Last Year The Wailers released their album ‘One World’, the first new music from the band in over 25 years. ‘One World’ includes The Wailers’ most recent single “One World, One Prayer”, produced by 19 x Grammy Award winner, Emilio Estefan, and co-written by Emilio Estefan alongside Aston Barret Jr and Josh David Barrett. The tracks on this project blend together generations of reggae music to sound current and modern while still being familiar to fans. Experience a real slice of musical history and heritage from those who keep the flame of Bob Marley burning strong. The Wailers will perform different albums from Bob Marley and The Wailers on each of their four nights plus the greatest hits. THE MARCUS KING BAND
TOUR DATESMonday 18th April 2022The Metro Theatre, Sydney, NSWWednesday 20th April 2022Croxton Bandroom, Melbourne, VICFriday 15th & Sunday 17th April 2022BLUESFEST, BYRON BAY
A 25-year-old guitar phenom and innovative songwriter, Marcus King can simultaneously switch from swaggering rock to supersonic soul, having written songs and performing onstage for half his lifetime. All five members of the band—drummer Jack Ryan, bass player Stephen Campbell,  trumpeter/trombonist Justin Johnson, keyboard player, and sax player Chris Spies—create a blistering, yet soulful unit that has honed their synergy through endless touring. Ready to deliver a southern fried brand of blues and psychedelia inspired by rock ‘n’ roll, Marcus King and his incredible Band of rockers are returning to play Melbourne and Sydney this April after their Easter weekend sets at Bluesfest Byron Bay.AMADOU & MARIAM

Having influenced the likes of Four Tet and Jamie xx, get your dancing shoes ready for some bangin’ Afro-pop beats from Amadou & Mariam. For the past forty-odd years, Amadou & Mariam have managed to joyfully combine their love story with a musical career while becoming discreetly but surely, the most famous ambassadors for Malian music and African music, with their album ‘Welcome to Mali’ being nominated for a Grammy Award for Best Contemporary World Music Album in 2008.

Having worked with a variety of different producers and artists including Damon Albarn, Manu Chao, Santigold, Miike Snow and The Yeah Yeah Yeahs the duo has brought African music to the charts and the dance floor.

This tenaciously positive musical duo is one of a kind paying heed to Mali’s hallmark repetitive beat, yet clearly distinct, giving voice to their country’s pain, its hopes and its stories. Expect synthesised sounds, cultural commentary and experimental beats on this unmissable tour this April!  THE WAR and TREATY

Often referred to as the discovery act from Bluesfest 2019, there was no doubt in our minds but to bring The War and Treaty  back to Bluesfest as soon as possible and at the same time to share their incredible talent with people across Australia! While their back story is romantic and emotional, they have been paying music dues for a long time. Having both been gifted with incredible voices, the couple also have a natural talent for storytelling through song, a bluesy but joyful fusion of Southern soul, gospel, country, and rock-and-roll. Known for a live show nearly revival-like in intensity, the husband-and-wife team of Michael Trotter Jr. and Tanya Trotter endlessly create an exhilarating exchange of energy with their audience. Their latest album ‘Hearts Town’ which is the Nashville duo’s adoring nickname for their ardently devoted fanbase.CHRISTONE ‘KINGFISH’ INGRAM
TOUR DATESSunday 10th April 2022Corner Hotel, Melbourne, VICWednesday 13th April 2022Factory Theatre, Sydney, NSWThursday 14th, Saturday 16th, Sunday 17th & Monday 18th April 2022BLUESFEST, BYRON BAY
“Kingfish is one of the most exciting young guitarists in years, with a sound that encompasses B.B. King, Jimi Hendrix and Prince.” – Rolling Stone  Since the release of ‘Kingfish’ in 2019 – his Grammy-nominated Alligator Records debut – guitarist, vocalist and songwriter Christone ‘Kingfish’ Ingram has quickly become the defining Blues voice of his generation.  The album debuted on the Billboard Blues Chart in the #1 position and remained on the chart for an astonishing 91 weeks, receiving a Grammy Award nomination, and achieving the #1 Best Blues Album Of 2019 & 2021 by UK music magazine MOJO.

The now 22-year-old Christone has already headlined two national tours and performed with friends including Vampire Weekend, Jason Isbell and Buddy Guy (with whom he appeared on Austin City Limits).  When the pandemic halted live performances and forced him to take stock, he began writing songs for his next album, ‘662’. The number 662 is the telephone area code for Ingram’s northern Mississippi home, and it first came into use the same year he was born—1999.

With his eye-popping guitar playing and his reach-out-and-grab-you-by-the-collar vocals, Ingram performs every song with unmatched passion and precision. While his new songs tell personal stories, they also tell of shared human experiences. With ‘662’, he creates contemporary Blues music that speaks to his generation and beyond, delivering the full healing power of the blues. And he can’t wait to bring that power on stage.

Bringing their unique soul, jazz and gospel music – Cory Henry and his band will bless Australia with their debut appearance at Bluesfest and tour dates in Sydney and Melbourne.  Cory Henry is among modern music’s most inventive minds. While mastering multiple instruments at a young age, he dominated the stage as a former member of Snarky Puppy. He has worked with Lauryn Hill, Frank Ocean, J. Cole, Vulfpeck, Bruce Springsteen, Robert Randolph, The Roots, Marcus Miller, Michael McDonald, Ty Dolla $ign and many more, but it’s as head of his own band that his stardom has soared, performing in cities and festivals around the world including Okeechobee, Electric Forest, North Sea Jazz and Love Supreme Festival.

Bluesfest will take place over 5 days from Thursday 14th April to Monday 18th April 2022 at the Byron Events Farm, Tyagarah, NSW, AUSTRALIA. All ticket options plus camping, parking and VIP are on sale now via the Bluesfest website.

About Bluesfest Byron Bay    Showcasing an All-Aussie (with some special international guests from NZ, the USA and the UK) music bill in Byron Bay, Bluesfest is Australia’s most awarded music festival, and was recently nominated as ‘Best Festival of the Decade’ by industry bible, Pollstar. From the humble beginnings in 1990 the festival now takes place at the beautiful Byron Events Farm (formerly the Tyagarah Tea Tree Farm), regularly attracting an audience of over 100,000.  Located just 10 minutes north of Byron Bay, NSW, Australia, Bluesfest is well situated and surrounded by the charming village of Mullumbimby and the beach towns of Byron Bay and Brunswick Heads. Best festival vibes ever!