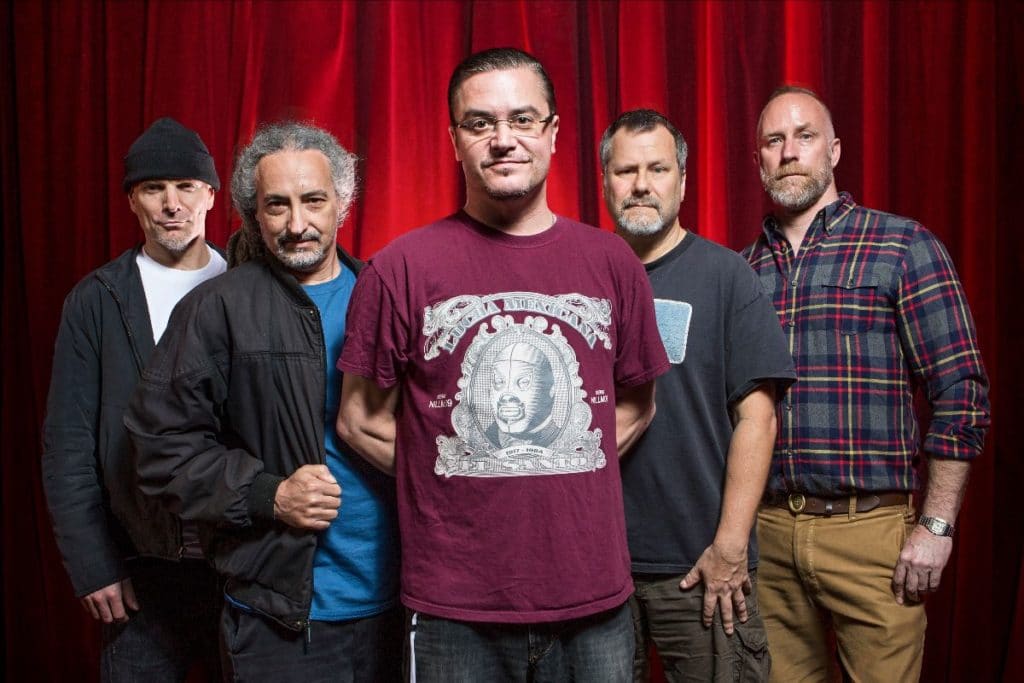 Frontier Touring are thrilled to announce one of music’s most influential and commanding bands, Californian five-piece Faith No More, will tour Australia and New Zealand in May 2020, performing seven arena shows – one show only in each city – in their biggest venues ever down under. These will be Faith No More’s first international gigs worldwide since 2015.

Unbelievably, the last time FNM performed their very own standalone headline tour in Australia was 1997 – 23 years ago.
“Faith No More has taken many twists and turns over the years, and both Australia and New Zealand have been with us every step of the way; this is something that we have always appreciated. Nevertheless, we realise that it’s been 20 years since our last proper tour there. If we wait another 20, we’ll be in our 70’s. This shit stops NOW!” – Bill Gould, Faith No More
‘Epic’, ‘Falling To Pieces’, ‘Ashes To Ashes’, ‘Easy’, ‘Midlife Crisis’, ‘War Pigs’, ‘Digging The Grave’, ‘Sunny Side Up’… Faith No More’s pioneering, genre-defining career saw the band morph from cult underground heroes to boundary-pushing global chart-toppers, mixing metal to alt-rock to hip-hop to punk and much, much more.

Fans are encouraged to sign up to take part in the Frontier Members Pre-sale, which kicks off on Monday 10 February – see the website for staggered pre-sale start times. General Public tickets to all shows will go on sale Wednesday 12 February (12noon local time) via frontiertouring.com/faithnomore.

VIDEO: ‘Sunny Side Up’ by Faith No More
Faith No More last toured the globe in 2015 ahead of the release of Sol Invictus (Ipecac/Reclamation Recordings), their seventh release and first album in 18 years. The disc debuted at #2 in Australia, #6 in New Zealand, and #6 in the USA and UK. Rolling Stone dubbed the 10-song album “triumphant”, The New Yorker called it “a reminder of everything that made Faith No More great in the first place,” and The Los Angeles Times said, “Faith No More has a history of defying expectations, and that’s what it’s doing again with Sol Invictus.”

Also performing at all shows is Melbourne band RVG, who’ll return in 2020 with the follow-up to the band’s critically acclaimed 2017 debut, A Quality of Mercy. The first taste of new music came mid-2019 in roaring single ‘Alexandra’, produced by Victor van Vugt (PJ Harvey, Nick Cave & The Bad Seeds, Beth Orton, The Triffids), RVG heading to UK & Europe with Sleaford Mods and Tropical F*^k Storm not long after. From performances at SXSW, Roskilde and Meredith Music Festival and shows with the likes of Shame, Rolling Blackouts Coastal Fever, Kurt Vile and Future Islands, RVG have made huge strides at home and beyond.

Patrons are advised to purchase tickets only through authorised ticket sellers.
We cannot guarantee any ticket purchase made through any means other than the official ticketing agents listed on the Frontier website.