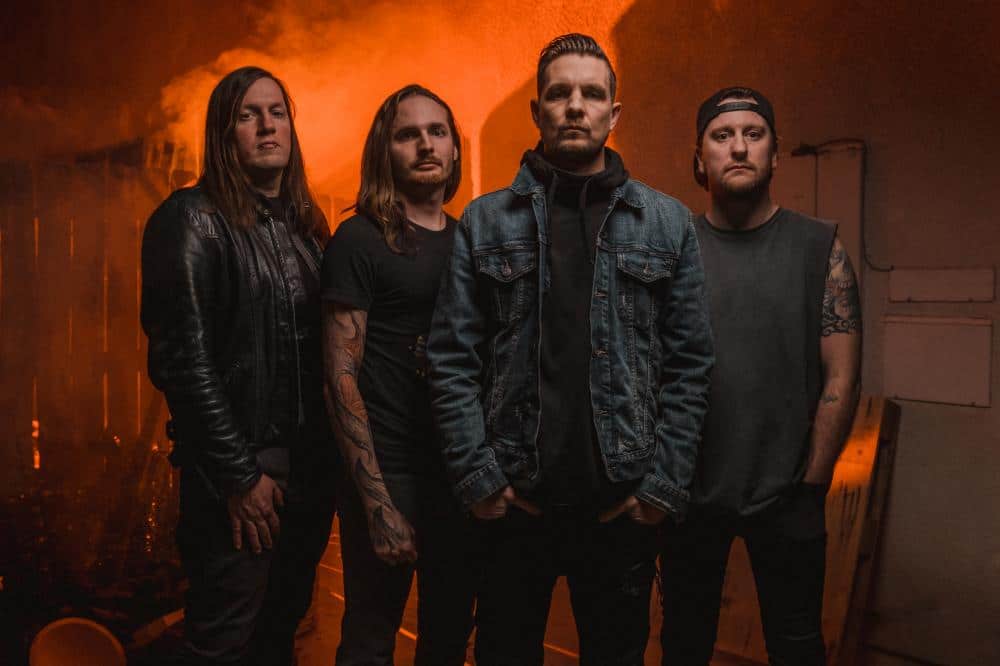 Fearless Records is pleased to announce the signing of Kill the Lights. The band features former members of Bullet For My Valentine, Still Remains, and Throw the Fight. Kill the Lights have just shared the video for new song “Shed My Skin.”New three-track single release ‘ Shed My Skin is out now through Fearless Records and Caroline Australia at http://found.ee/shedmyskin_all.“‘Shed My Skin’ is about accepting the ‘real’ you and being comfortable with yourself,” says singer James Clark. “It’s about understanding that we are all broken and we are all flawed. We need to stop struggling in silence and need to reach out and ask for help before it’s too late. I personally struggle with anxiety, depression, and self-esteem issues, and some days life can be too much and I’m ok admitting that — because that is the true me. As the lyrics say, ‘I’m not bleeding. I’m just broken, and ready to shed my skin.’ We are all the same — I am you.“Kill the Lights have also been confirmed to perform at Download Festival on June 14 in the UK. KILL THE LIGHTS are James Clark — Vocals (ex-Throw The Fight), Jordan Whelan — Guitar (ex-Still Remains), Michael “Moose” Thomas — Drums (ex-Bullet For My Valentine), Travis Montgomery — Guitar (ex-Threat Signal).Kill the Lights similarly transcend creative and physical boundaries. Uniting original Bullet For My Valentine co-founder Michael “Moose” Thomas [drums] with Throw The Fight frontman James Clark [vocals], Jordan Whelan of Still Remains [guitar], and Travis Montgomery of Threat Signal [guitar], the group seamlessly bring a shared vision to life. Streamed over 1 million times in under a year and touted by Rock Sound, KERRANG!, Metal Hammer. The band is currently finalizing its Fearless Records debut.New three-track single release ‘ Shed My Skin is out now through Fearless Records and Caroline Australia at http://found.ee/shedmyskin_all.