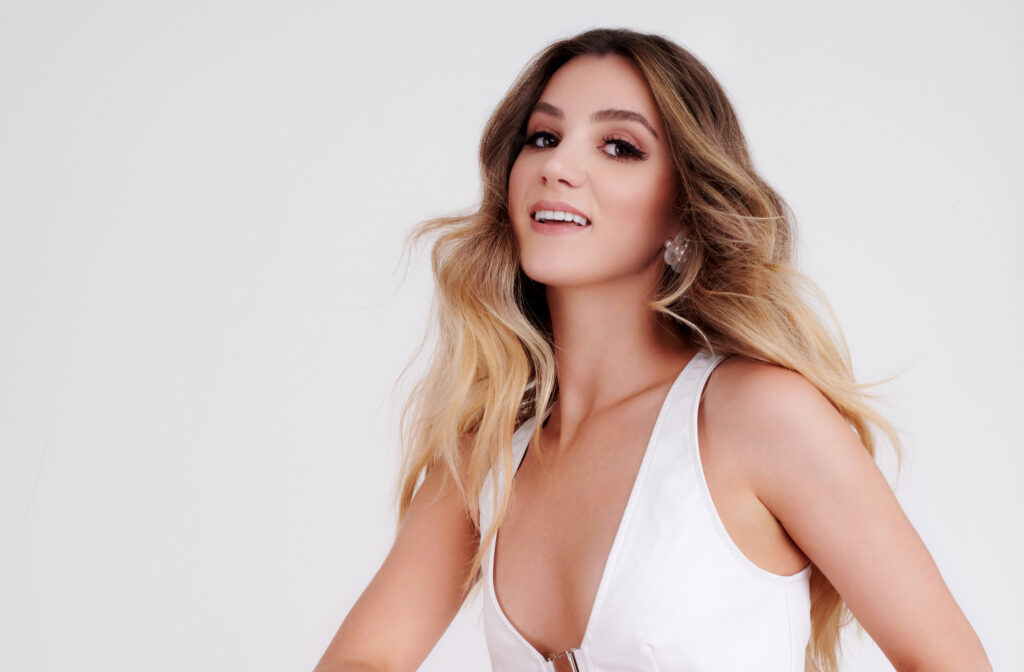 Some songs age like wine, and some love stories transcend the test of distance and time. A single about the
struggles of long-distance relationships, written in 2017, perfectly exemplifies this. With a danceable catchy tune
that pops, carried by exuberant vocals, Sydney’s rising Pop Princess Felicity Light’s new and growing following
will definitely find every reason to stay with her music. This glamorous girl certainly knows how to debut in
style, with her fresh single ‘Need You To Stay’, now available on all streaming platforms.
Written by Felicity herself — with production by Jhay Cabrera and Andro Martinez, and mastering by Darren
Ziesing — the sweet, vibrant, and punchy track comes with an equally glossy and stylish music video, set for
release on December 4.

The video resembles a glittery dream sequence, created by the formidable creative team helmed by Sydney-
based Can’t Be Stopped Productions. The visuals highlight Felicity’s natural charm and powerful presence, which

positions her as a total performer and in a league of her own. Her light not only shines in the way she sings and
dances, but in her writing as well. ‘Need You To Stay’ was written back in 2017 while she was enduring a
lovesick heart on board a cruise ship, away from the love of her life. But happy endings prove to be true, as
Felicity is still with the same person she wrote the song for in 2017.
“I wrote the song in my cabin while sailing around Alaska after my new boyfriend had left the ship and returned
to his home on the other side of the world. I am so excited that we got our happy ending after six months apart
and out of a tricky situation, I now have my first single out in the world,” said Felicity.
Although she is still new in the industry, her experience as an artist and performer is outstanding. She has
worked as a singer-dancer on Celebrity Cruise ships, and has performed in the same capacity in China, Bali, and
New Zealand, among others.
There is certainly no backing down with this girl on fire, as she is set to release more singles in the coming
months. From the little girl who sings the whole Spice Girls album with her mum, to being influenced by the
music of Britney Spears, Kylie Minogue, and Delta, to name a few, Felicity has definitely come a long way, and is
now set to make her own light sparkle and shine!