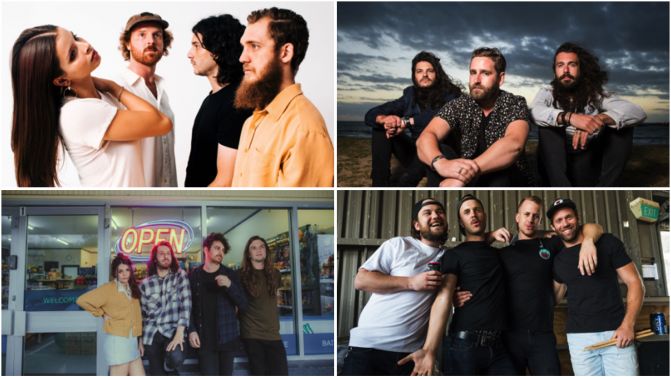 On Saturday October 13th 2018, Hope Estate will host an All-Australian line up, bringing a new sound and music culture to the rolling hills and lush vines of the Hunter Valley.

FKA (Formerly Known As) Festival wasn’t just a catchy name, a few things led to the creation of the festival…

The new festival,  will make its debut at Hope Estate in the Hunter Valley, and will be headlined by indie heroes The Jungle Giants  with other sets from the likes of Luca Brasi and Kingswood, Tired Lion, Ali Barter and The Belligerents.

Aside from all the tunes, there will also be roaming entertainment, gourmet food trucks, DIY workshops and (of course) Hope Estate’s award-winning beer and wine.
Read more at http://musicfeeds.com.au/news/new-aussie-festival-fka-reveals-debut-lineup-feat-jungle-giants-luca-brasi/#kKTJwwhZkkKPm87b.99

Hope Estate is well known for hosting a large variety of artists. With a resume that holds names such as The Rolling Stones, Bruce Springsteen, Fleetwood Mac, and Midnight Oil (just to name a few).
So we thought… why not bring out some of our favourite Aussie artists to show off their talent at an all Aussie alt-rock festival! Let’s face it, it would be rude not to.

WHAT’S THE BEST WAY TO FKA?

There is plenty of parking at Hope Estate, however there are plenty more people that love to come to concerts there too!

Your best bet is to carpool with some mates, our even better… don’t risk it and catch the bus right to the gate! Talk about door to door service…

Hire a campervan or car

Getting to FKA is so easy with Rover Coaches! If you are looking for bus transfers from Newcastle, Maitland or Singleton then Rover have you covered.

Are you from the Mid North Coast? Then Port Bus is your best choice for transfers.

There is no easier way to get to and from FKA and those sweet sweet All-Aussie tunes. Book your tickets today!