‘Time Waits For No One’ 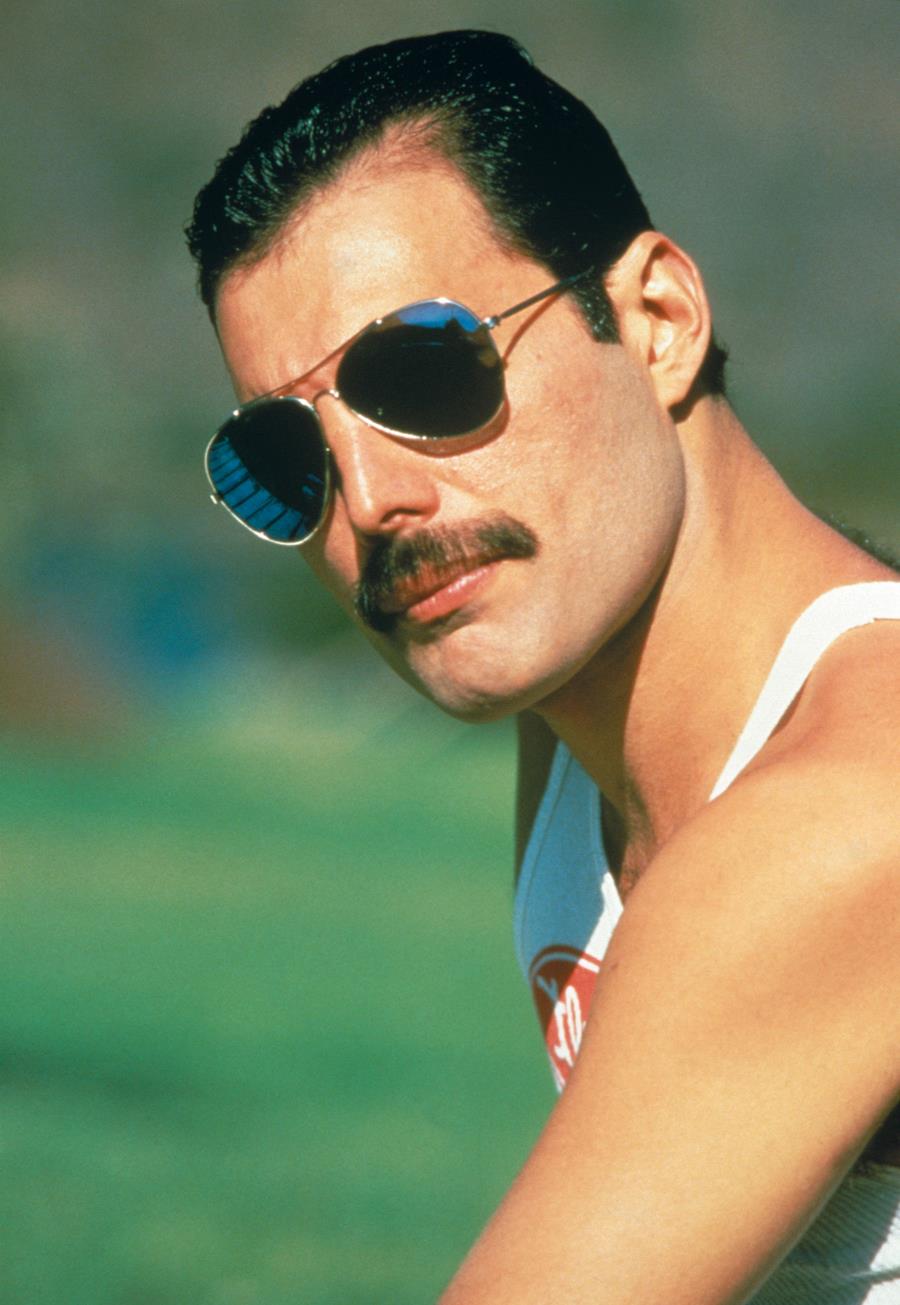 For the first time ever, after four decades buried deep in his vaults, a previously unreleased version of ‘Time’, recorded in 1986 by Freddie Mercury for the concept album of the hit musical of the same name, has finally emerged after two years of work by the globally successful musician, songwriter and producer Dave Clark, a long-time friend of Freddie’s, using the song’s full title, ‘Time Waits For No One’. The track is available now, along with a powerful and deeply moving new film video.

‘Time Waits For No One’ shows Freddie Mercury at his most compelling; a completely stripped-down performance, accompanied by just a piano, showcasing one of music’s most beloved and show-stopping voices.

The Story Behind The Song…
‘Time’ was the brainchild of Dave Clark, former leader of the hugely successful multi-million selling group The Dave Clark Five, and one of the UK’s most prolific and celebrated musicians, songwriters and producers. Time, the West End musical, which opened at London’s Dominion Theatre in April 1986, merged sci-fi, rock music and ahead-of-its-time special effects and multimedia. With a cast including Sir Laurence Olivier and Cliff Richard, it broke box records and played to over a million people during its two-year run.

For the show’s multi-million selling star-studded concept album, Dave had a song in mind for Freddie (‘In My Defence’), and despite industry naysayers claiming he wouldn’t do it, Freddie agreed to fly to London from his then home in Munich, Germany, to record the song at Abbey Road Studios in October 1985. Of Dave’s minimal band of four session musicians, Mike Moran, who had never met Freddie, was introduced on piano having known Dave for many years; such was the subsequent relationship born with Freddie that Mike went on to write ‘Barcelona’ with the Queen frontman years later. The ‘Time’ session was recorded in a haze of late nights and fuelled by ‘fabulous food, vodka and Cristal Champagne’, courtesy of Freddie’s personal chef Joe Fanelli.

Dave Clark further recalls of the recording session: “We got on great…if I didn’t like something I’d say, and vice versa…we were both aiming for the same thing: to make something special.”

When asked by Freddie if he had anything else, Dave replied with an affirmative, offering the musical’s title track, ‘Time’. In January 1986, they returned to Abbey Road Studios with a group of amazingly talented musicians to record the song. Dave wrote the song with John Christie, unbeknown to them at the time at how the words ‘Time waits for no one’ would be so relevant today. Starting off as a rhythm track, the session recorded 48 tracks of backing vocals (Freddie plus John Christie and Peter Straker), 2 x 24 track tapes locked together – which had never been done before for that amount of backing vocals at Abbey Road – and the final version of ‘Time’ comprising of a huge production of 96 tracks.

The video for the song was filmed in three hours on a Tuesday at the Dominion Theatre and was quickly wrapped to allow the musical to prepare for that evening’s performance – it had opened earlier that month with Freddie attending opening night. Worried about capturing the full performance, it was a 4 camera shoot, which was cut together quickly in order to turn it around for that week’s broadcast of the UK’s hit music TV programme Top of the Pops. Going straight to video, not the original 35mm film it was shot in, the song was released on 6 May of that year, and the original footage was consigned to the vaults.

4 Decades on…96 Tracks to 1
Dave Clark had always remembered that performance of Freddie Mercury at Abbey Road Studios from 1986. The original had sold millions, and in his own words ‘worked’.  But the feeling he had during the original rehearsal, experiencing‘goosebumps’, hadn’t dissipated over the decades, and he wanted to hear this original recording –  just Freddie on vocals and Mike Moran on piano. After much searching through the vaults to find the version without all the backing vocals, he finally retrieved it from his tape archive in the spring of 2018.

Bringing in original keyboardist Mike Moran to record a new piano track, restoring the huge potential of this historical performance at the latter’s studio in Buckinghamshire, Dave, firmly believing ‘the impossible was possible’, eventually produced the performance he had longed to revive –  stripping back the 96 track version to a version with just one: Freddie Mercury.

But the audio needed a visual and Dave didn’t want to just cut old footage together. He had the negatives from the 4 camera shoot and the unprocessed film which was being stored for a time at Rank Laboratories in Pinewood but returned to Dave after his 2014 documentary Glad all Over The Dave Clark Five and Beyond. A four-day lockdown in a special facility to pore through the negatives with his editor led to the discovery and production of this visual masterpiece, a perfect representation of Freddie’s ‘magic performance…he tasted every word’.

‘Time Waits For No One’’ is a tribute to the musical force of Freddie Mercury; the performance, the drama, the vocal range, and after four decades waiting in the wings, is finally out for new and old fans alike; a stunning eulogy to the Queen frontman, produced and directed by one of his closest friends.