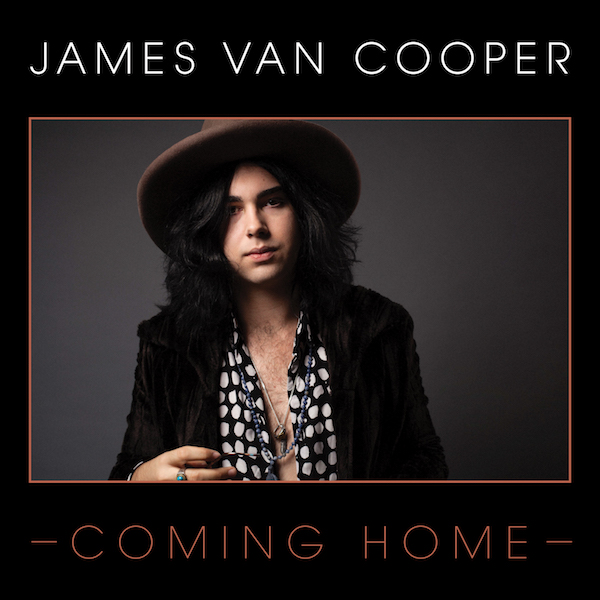 Following the announcement of his forthcoming tour dates supported by Axle Whitehead, James Van Cooper new album, Coming Home, is now available for pre-order via iTunes and due to drop on 7 September.

The first single, Passing Through, released in early July has been received well across country radio with the video airing on the Country Music Channel. It’s a fine opener that kicks along in traditional country road trip fashion accompanied by some mighty fine lap steel playing from Matt Pynn. Other stand outs on the album include Van Cooper’s duet with LA’s Alt/Americana darling, Jaime Wyatt on Come Home, a classic country torch song with sublime vocals, and Goodbye My Friends, an up-tempo rollick. An artistic and polished record, Coming Home is an inspiring debut release, featuring Van Cooper’s flamboyant guitar playing and slick songwriting.

To celebrate the release of the album, Van Cooper will hit the road supported by Axle Whitehead for a run of shows, with more dates to be announced shortly.

James is proudly a musical ambassador for RUOK? Organisation.