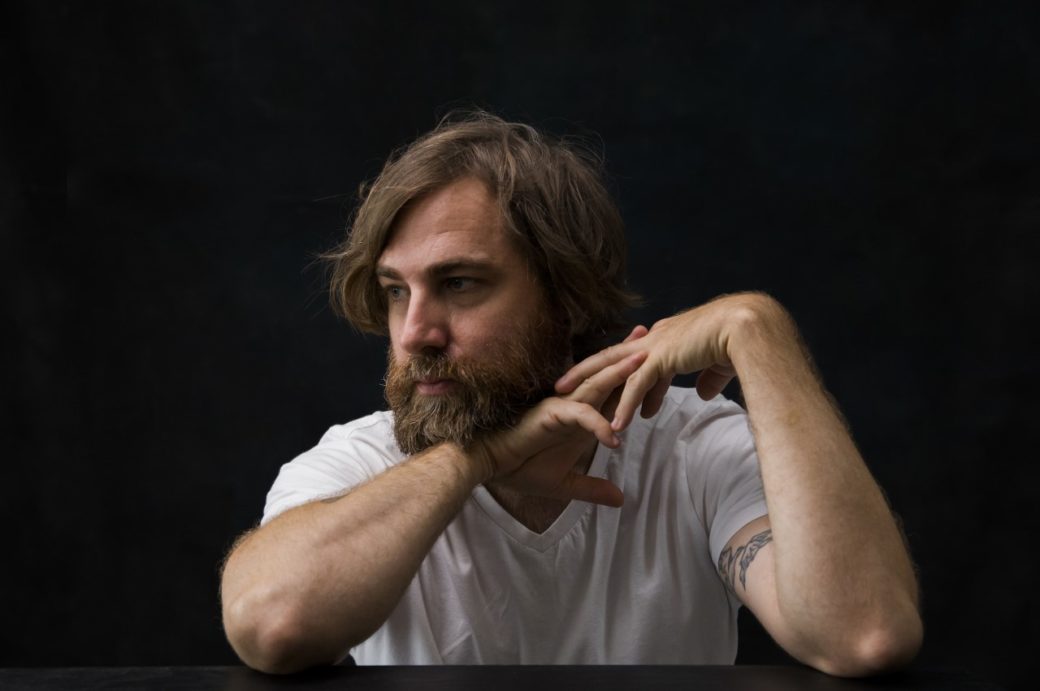 One of Australia’s favourite storytellers, Josh Pyke has today shared his affecting new single Don’t Let It Wait, a bittersweet song written to inspire us all to enjoy every moment. This is the fourth single to be shared from Pyke’s impending album Rome, set for release on August 28, with the track complemented by a fittingly heartwarming video.

“Don’t Let It Wait is a song that now feels entirely prescient. I hope the sentiment in the song is one that people feel as we move out of the worst of Covid-19,” explains Pyke. “Releasing music during this time has been a huge challenge, but this is what I love and how I engage with the world, and the idea of holding back on that goes against what this particular song is about. It feels especially right to release this song at a time like this as it is about grabbing a moment. Tell the person you love how you feel, dive into the ocean when you have the chance. We get so caught up in the daily grind we often leave things for later, and by the time we come back around, the moment has passed. This song is a reminder to myself as much as anyone to seize the day.”

The video for Don’t Let It Wait was worked from conception to completion by Jefferton James and Dimity Kennedy from Mountain Folks Films and features Dimity’s 91-year-old Nana dancing to the song in her living room. “It’s a celebration of life, organic and joyous and perfectly embodies the idea of seizing a moment,” explains Pyke. “Jefferton and I have been working together since 2010, and he’s done lots of clips and art for me in the past. He’s responsible for all the clips for Rome so far, as well as the album art, and the lyric book art. He’s an all round creative legend.”

Rome is Pyke’s long-awaited follow-up to Pyke’s 2015 LP But For All These Shrinking Hearts – which debuted at Number 2 in Australia – and marks his return to his solo career following a two-year break from the stage.

Never one to sit idle, Pyke offers insight into his busy schedule between his last two LP drops, explaining,“I wrote a lot, released a psychedelic rock album under the pseudonym Sword Owls. I produced songs for film and TV including a bunch of stuff with Justine Clarke and the Beached Az crew. I wrote 6 kids books, two of which have come out in 2019 and the rest are due for release in 2020/21. I continued my work running the JP Partnership grant, and my other advocacy work with the Indigenous Literacy Foundation. It was an immensely busy and rewarding creative period and it recharged my batteries and allowed me some mental perspective that has me keen and ready to fire the album and touring lifestyle back up again.”

Rome was written, recorded and produced by Pyke in his own home studio, Timshel Industries, with Pyke playing most instruments himself with some added help from friends Josh Schuberth, Elana Stone, Stephanie Zarka, Glenn Hopper and Matt Fell, who would each pop around to lay some parts down when required. “I can’t imagine making a record any other way in the future,” explains Pyke who then jumped on a plane to Portland Oregan to mix the album with Grammy-nominated producer/engineer Tucker Martine (The Decemberists, Sufjan Stevens, My Morning Jacket).

“The title Rome refers to the expression that ‘all roads lead to Rome.’ We can’t escape ourselves. We can’t avoid what stares us in the face as our personal realities, and if we don’t address these things we risk becoming ruins of ourselves.”

Collaborating with Crowbar, the new album will coincide with the release of a limited run of Rome Shiraz by Josh Pyke, put together by Tim Sproal of Minim & Boomtown wines in Castlemaine, Victoria. “I’m a firm believer in creativity as a way to enhance people’s experiences. This album feels like a red wine album. It’s a listening album, sit back with a glass of wine and fully engage.”

From his first appearance in the Hottest 100 with Middle of the Hill coming in at number 19 in 2005, to the 2017 release of his greatest hits album The Best of Josh Pyke + B Sides and Rarities and now to Rome in 2020, Josh Pyke has been a part of the Australian music landscape for over 15 years. Well-loved for his intricate storytelling, thoughtful folk pop arrangements and finely honed stage chops, Pyke has released six studio albums, all of which have gained prestigious accolades and critical acclaim.

Josh Pyke will be hitting the road to celebrate Rome and will play an intimate run of fans first shows through October. “I was so looking forward to hitting the road before Covid hit and I’m truly chomping at the bit to share these songs with a live audience,” Pyke says. “I’ll be playing solo and find that expressing these songs in that context really resonates. By the time I’m able to play again, it’ll be a celebration of not only these songs but of performance in general. It’ll be a joyful return to the stage and the world in general.” Tickets to the fans first tour are available from http://www.joshpyke.com

Tickets to the fans first tour are available from http://www.joshpyke.com