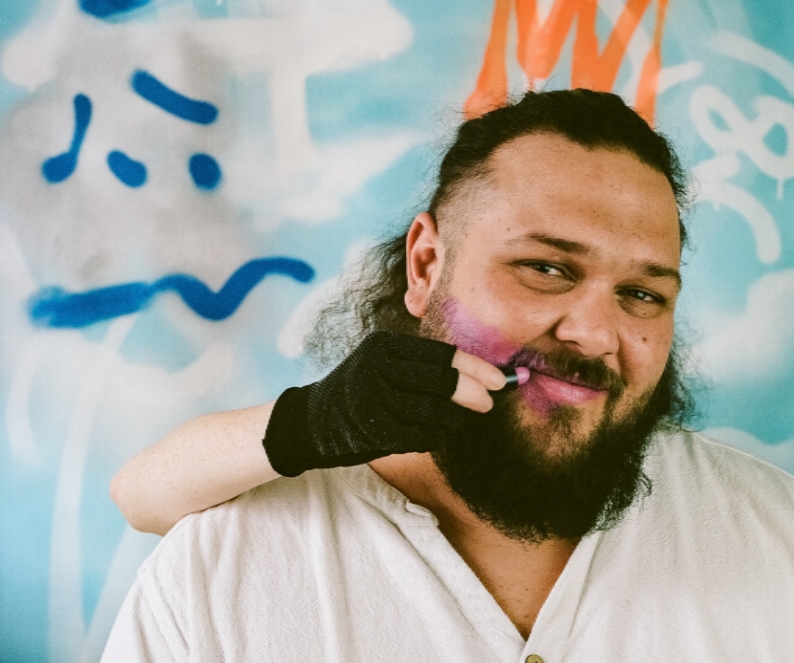 The album will be released via Dew Process / Universal Music Australia on November 9, as the final plunge on the sonically and chemically induced roller-coaster ride that has been the last 12 months of music from the maverick, Sydney party rogue.

‘6am,’ is typically Joyride in so far as its total lack of convention. A warped mix of r’n’b, pop and club banger, the song was premiered this week by triple j head honcho Richard Kingsmill on his 2018 show.

It’s the next chapter from debut album Sunrise Chaser, which Joyride explains as, “a collection of stories about being 20-something legends on the weekend in Sydney’s Inner West. It explores different genres like a Bluetooth speaker on a bender. It explores the emotional spectrum that exists between Friday and Monday, including the bits we maybe try not to explore all the time.”

Although the album was written with that narrative in mind, Sunrise Chaser represents the broader story of Joyride – an artist that has firmly entrenched himself as one of the most loved members of the Australian music community, finally stepping out on his own. Widely recognised for his immense DJ talents, or as a member of the One Day crew and The Meeting Tree, Sunrise Chaser is a body of work that runs at the weekend, rather than strolls through it. The surface is characterised by humour and highs, the depths are explored with love and reflection and a philosopher’s curiosity.

One of the true characters in Australian music, Joyride called on a number of friends to work on Sunrise Chaser. Sarah Corry from leftprojects, Handsome, Nina Las Vegas, Bree Tranter and Ali Barter all sang on different tracks throughout the album.  Mitch Kenny mixed the majority of the album and was also a big part of the formative moments of Sunrise Chaser‘s life. Hermitude swished ‘Aunty Tracey’s Cookies.’ The Meeting Tree blessed ‘6am.’ Oscar Dawson from Holy Holy and Alex Laska from Kingswood went off on ‘Blue Batmans.’ Adit from Horrorshow produced ‘Hate Is Such A Strong Word’ and ‘Woke Up Like This.’