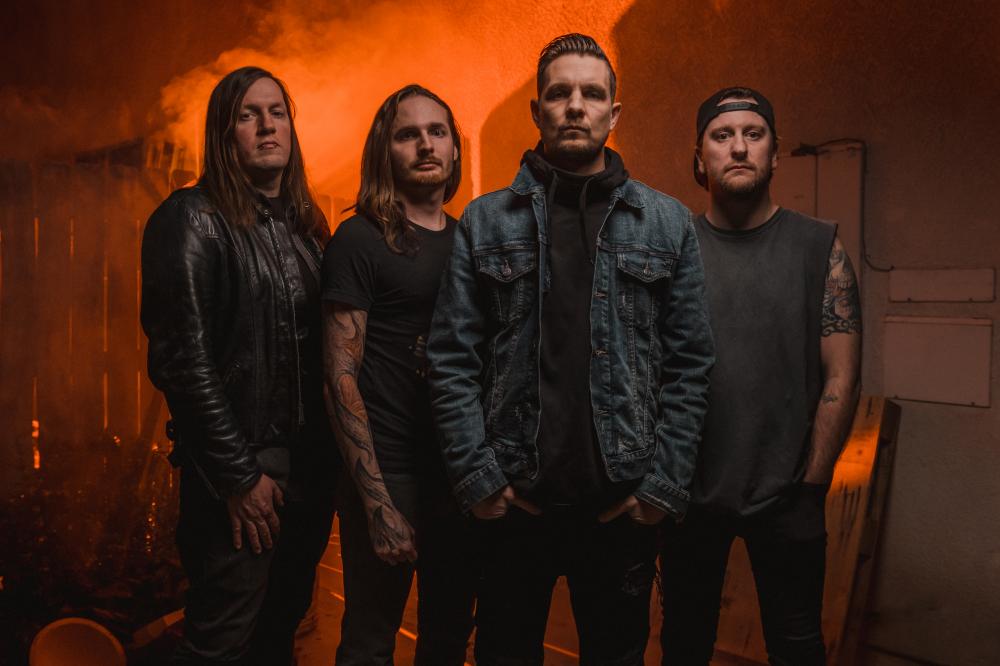 New Fearless Records signing Kill The Lights, which features former members of Bullet For My Valentine and Throw the Fight, have announced their debut album The Sinner. The record arrives August 21 on Fearless Records and can be found at: https://found.ee/thesinner.

To celebrate the news, the band has shared the video for the new song “Through The Night,” which premiered at Hot Topic.

“The song very personally hits home for me” shares singer James Clark. “I have struggled for the longest time with anxiety and depression and ‘Through the Night’ is a snapshot of what is going through the mind of someone struggling with these types of mental health issues. The song takes you on a roller coaster ride and captures the ups and downs of someone carrying the weight of the world on their shoulders, going from happy and energetic one minute to being paralyzed by fear and worry the next.”

Clark continues, “Luckily, I found just enough strength to speak up and get some help. I will be the first person to admit I still find it hard to share feelings and talk about my problems. Sharing my struggles through my lyrics is a form of rehab for me — it allows me to be honest and open while still being able to hide behind the music. I hope that this song truly connects with listeners who feel trapped and alone with these types of feelings and that it empowers them to reach out and get the help they might need.”

Previously, Kill The Lights shared their cover of Testament’s 1988-released classic thrash anthem “Into the Pit.”

Kill The Lights’ debut album ‘The Sinner’ will be available on Friday August 21 through Fearless Records/Caroline Australia, with new single ‘Through The Night available now. The album is available for pre-order now at https://found.ee/thesinner.