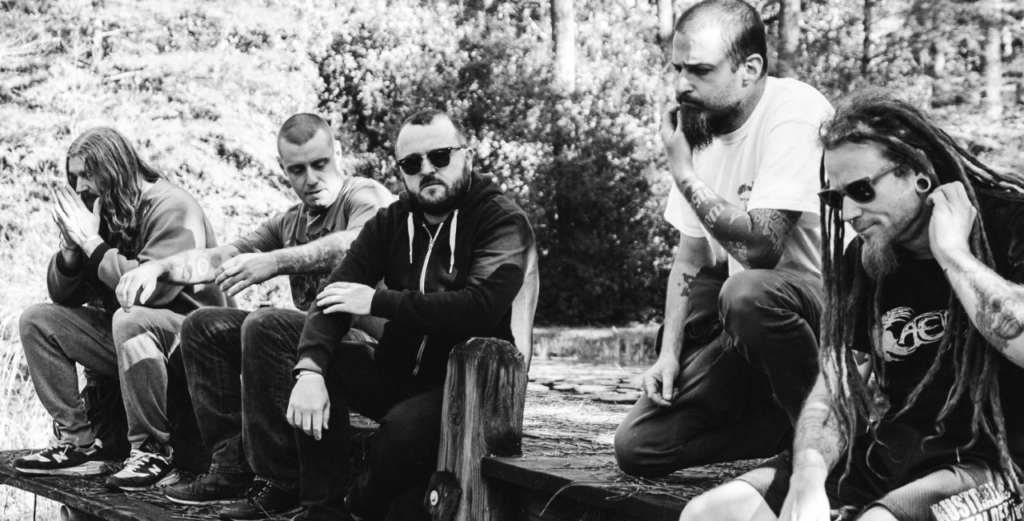 Australia’s maniac sons, King Parrot, are back with a blistering new track called “Banished, Flawed the Docile”, and it’s an absolute screamer. Delivering their uncompromising brand of thrashy, punked-out grindcore chaos, this is just the first taste off their soon to be released EP entitled “Holed up in the Lair”. With King Parrot being the forever marching forward road dogs and now being three albums deep while having toured the band extensively throughout the world since the release of their debut album “Bite Your Head’ off back in 2012. It’s not surprising to find out they had a 4 Track EP they recorded in Louisiana USA, just sitting in their sock drawer waiting to be released, I mean, who else can say that right?

We’re told, the EP was recorded during some time off between tours, the intention was simple “4 days, four tracks, write em’, record em’ and be done with it”… and with this being the first taste of the results, we’re pretty keen to hear the rest. This four-day writing and recording session was guided by engineer Steve “Big Fella” Berrigan, a man who has worked on records for Down, EYEHATEGOD, Superjoint, Warbeast, Child Bite and Philip H Anselmo and The Illegals. The crew smashed it out within the super tight schedule while recording at Nodferatus Lair in Louisiana in late 2017. It definitely has that production style and feel that NOLA has become known for, while still remaining unapologetically King Parrot through and through. The songs have been sitting there unreleased since 2017, lying dormant, lurking, waiting, until now.

After recently remixing and mastering the tracks, and with the world in such turmoil, King Parrot have decided to share with us these rare and raw balls to the wall recordings. This recording not only gives us some new King Parrot tunes to blast our heads off, but it’s also grants us a glimpse of what they can do, so seemingly effortlessly at the drop of a hat. This is the result from when King Parrot gets thrown into a studio randomly with no songs written on some days off while touring,we end up with some golden nuggets. It really is a great insight into how quickly these guys can pull together some killer tunes and a great example of what a super tight band can do. This is what you get from years of touring, tons of shows and countless hours of writing together. You get a beast of a band that works so well and has the capability to create great music out of nothing. And lucky for us, especially those who get in quick, King Parrot have decided on releasing a limited edition 7″ record of only 1000 copies available worldwide. The EP will be available from all the usual streaming platforms, but you’d want to be quick to get in on one of these limited 7″ vinyl packs.

Here’s what King Parrot vocalist, Matt Young had to say about the release:

“Usually King Parrot always try to write music together in the same room, but that just hasn’t been possible for us because of the lockdown. We were planning on re-working these tracks for a new album eventually, but when all the restrictions came about, we thought “Why not get these tracks out there as a special limited edition 7″ release?”. We think King Parrot fans will be happy with these tracks, it’s rude, loud, fast and grimey and we poured our heart and soul into them; there’s no doubting its unabashedly KP!”

Kings Parrots EP “Holed Up In The Lair” drops on October 9th and will be available through all online platforms. If you want to get your hands on some vinyl then you’d better be quick, pre-sales are up now for their limited run of only 1000 7″ Vinyl pressing available worldwide.