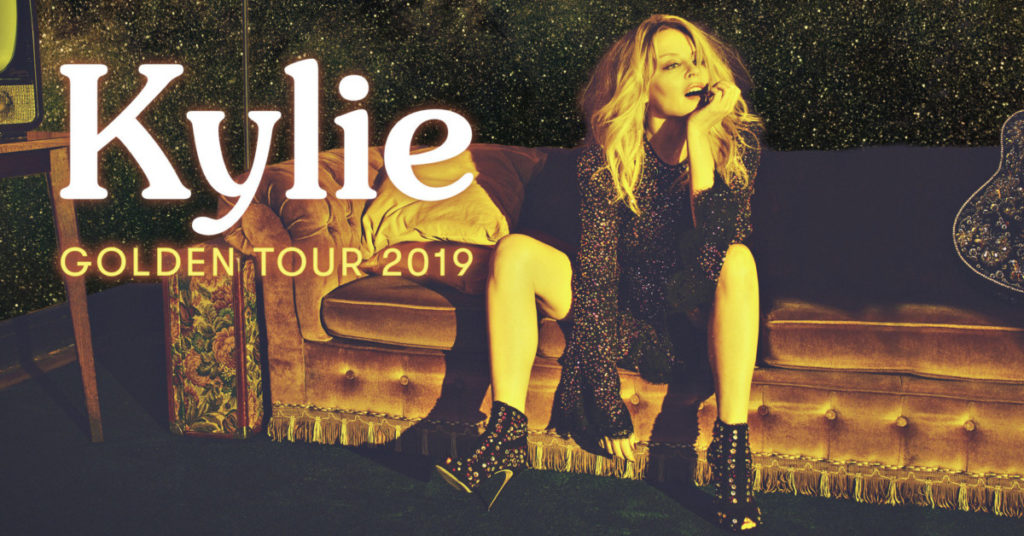 The elves at Frontier’s workshop have been busy wrapping up a special present for Kylie’s Sydney fans, with the announcement of a second and final ICC Sydney Theatre concert for Wednesday 6 March. This will be the final show to be added to Kylie’s Golden Tour of Australia.

Kylie’s first Sydney concert and her Brisbane a day on the green concert have both sold out. Her other shows are selling fast and fans are urged to secure tickets now to avoid disappointment.

Tickets to the new Sydney concert are on sale on Thursday 13 December at 10am AEDT with a Frontier Members pre-sale via frontiertouring.com/kylie from Monday 10 December at noon AEDT.

Kylie’s also put on her Santa hat and is giving one lucky winner and a friend the chance to win an upgrade of their tickets to the front row at her new concert, plus a meet-and-greet with her pre-show. For full details on how to win, head to frontiertouring.com/kylie.

As already announced, Kylie will be joined on tour throughout Australia by long time friend Jake Shears, but in news just-in, Australian indie pop outfit Client Liaison will also be jumping on the tour bus for shows in Sydney and Perth! Renowned for their passion for the ‘80s and their flamboyant live shows, the band are sure to bring extra sequins and sparkle to Kylie’s shows. The talk of Splendour In The Grass in 2017, when Tina Arena joined them on stage, fans are sure to be treated to party starting tunes ‘World Of Our Love’, ‘Survival In The City’, and ‘Off White Limousine’.

As the lead singer and a primary songwriter for the multi platinum-selling glam rock band Scissor Sisters, Jake Shears shot to fame off the back of hit singles such as ‘Take Your Mama’, ‘I Don’t Feel Like Dancin’’ and ‘Comfortably Numb’. Earlier this year, he made his debut on Broadway in the lead role in Kinky Boots, released his first book and memoir Boys Keep Swingin’ and released his self-titled debut album in August, featuring the single ‘Creep City’.

Kicking things off at the a day on the green shows will be Brisbane’s Hatchie. It’s been a huge past year for the talented singer/songwriter, with her debut EP Sugar & Spice winning praise across the globe. The five-track collection, which has notched up 7.5 million streams and counting, includes singles ‘Try’, ‘Sure’, ‘Sugar & Spice’, ‘Sleep’ (Pitchfork’s ‘Best New Track’) and ‘Bad Guy’. Her latest single ‘Adored’ is a favourite at triple j and showcases another exciting chapter for Hatchie.

Touring in support of her #1 ARIA Album Golden, the Golden Tour marks Kylie’s first shows since 2015’s Kiss Me Once Tour. Cementing her reputation for a unique and captivating live show, each performance on the Golden Tour is a narrative connecting all of Kylie’s hits into one glorious story.

Don’t miss out on this last chance to secure tickets to see Kylie in Sydney!

Visit adayonthegreen.com.au for more information.
Patrons are advised to purchase tickets only through authorised ticket sellers.
We cannot guarantee any ticket purchase made through any means other
than the official ticketing agents listed on the Frontier Touring website.