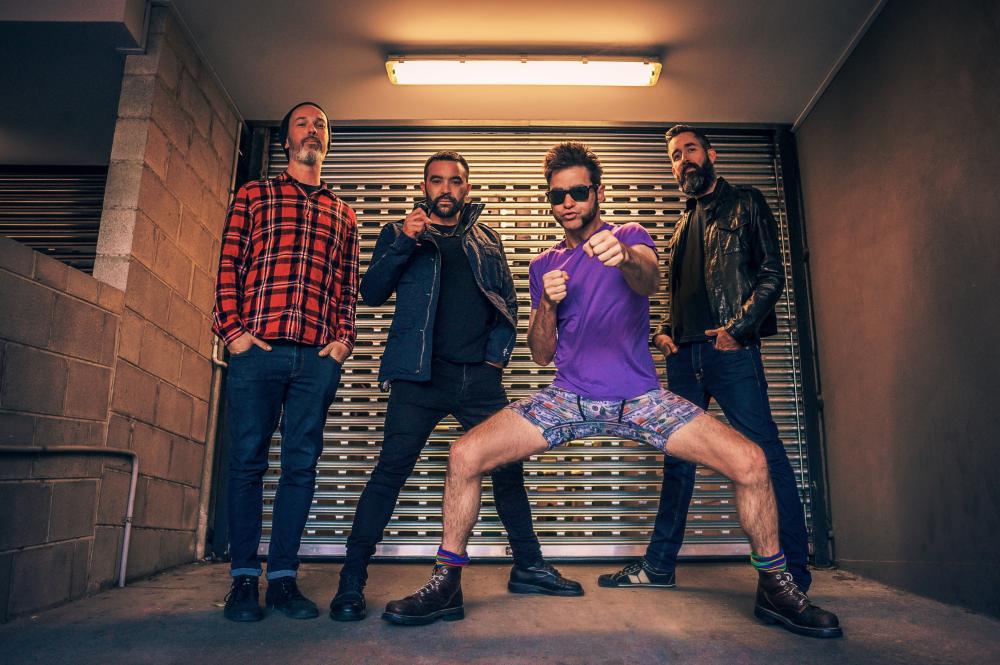 When iconic Melbourne/NAARM political funk rockers Mammal announced their return in October last year, many expected the seminal four piece to implode within a month. The bands infamous history of member in-fighting, literally dangerous stage performances and highly strung backstage fist fights was the stuff of underground Oz rock legend – and had fans and pundits alike watching keenly for a spectacular, dance-floor filling train-wreck.How wrong they were.In the last year, the band has played sold out comeback shows in three states, released 3 new songs, and toured from London to every state of so-called “Australia”, and audiences old and new have been lapping it up, then screaming for more. Patrice Lovelace, in-house promoter for The Underworld in London, said of their recent sold-out performance there – “This show is going to be one of those that will be fondly remembered as an experience for everyone in attendance. You know when people speak of seeing Nirvana in a small venue playing to an audience of 100 before they blew up?
Yeah, like that.“In short, Mammal are back, and they’ve got unfinished business.Mammal are proud to announce the release of their new clip for their aggro/anarcho anthem “DEAD”. Shot by Gareth McGilvray, this clip is a gritty as a picket line, as loud as a swarming mob and as tough as concrete.

Just to pour a little more fuel on the inferno, Mammal’s triumphant and sold out return to London this October drew the immediate attention of the UK industry and resulted in the band signing with prominent international booking agency K2 (Meshuggah, Devin Townsend, Satyricon and MANY more) – who will represent the band in the UK, EU and Asia going forward.

Yerry Stetter, agent at K2 Agency, said of the signing – “MAMMAL were before their time when they released ‘The Majority’ back in 2008. Since then the things they sang about have come to pass. The state of affairs in the world are at one it’s lowest points, and MAMMAL’s music is more relevant than ever. The band absolutely blew me away with their show in London this past October, and I’m beyond stoked to be on board to see where we can take the message of this absolutely phenomenal MAMMAL.”

Never a band to laze about wondering what’s next, the band, Ezekiel Ox (Vocalist/Frontman), Pete, Williamson (Guitar/Business Ops), Nick Adams (Bass/Production) and Zane Rosanoski (Drums/Electrics) are now planning their assault on Europe, including heading back into the studio to finish 14 new tracks as this is written.

Frontman Ox had this to say about the band’s future:

“Punters in Australia and UK, our previous strongholds, have spoken with their feet on the dance floor over the past year, and we have listened. We’ve ironed out the kinks, and grown together. This new group of songs is going to modernise the classic Mammal sound, whilst still being heavy on the rock, punk and middle finger politics we’re known for. Stand by for some speaker crushing hard funk! Europe and Asia, strap in for the live show soon.”

Single ‘Dead’ is out now in iTunes, Spotify and all good digital outlets, as well as at the bands Bandcamp site.