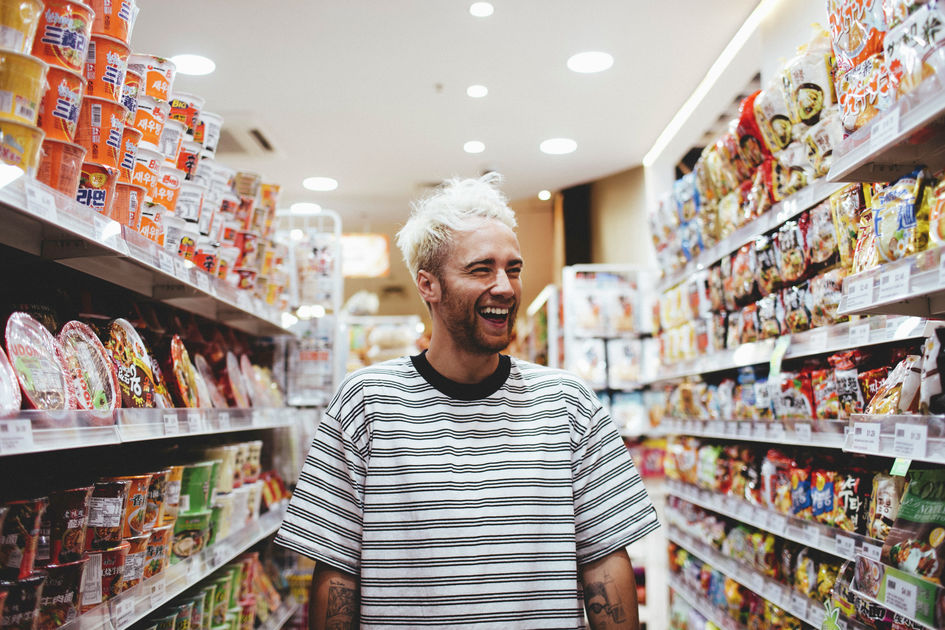 Lakyn is a little bit hyped (see photo above) to release his new song ‘Sweet Days’ today – available here. Lakyn also today announces his first tour of 2018, playing Lansdowne in Sydney, Black Bear Lodge in Brisbane and Northcote Social in Melbourne in at the end of September.

Receiving its first play last night on triple j’s Good Nights, Sweet Days (produced by Dann Hume) is all about nostalgia and the problem with indulging in the past. Lakyn says of his new track, “there’s nothing as real as the present. It’s kind of the bittersweet relationship between living in it and knowing that one day you’ll be looking back reminiscing, but until then time will continue to blur the memories.”

Lakyn’s music explores the duality of his personality, the curious, creative persona with colourful visuals and his comical Instagram presence set against the story of inner turmoil and emotional growth. While he tackles some difficult issues in his music, he also has a mischievous streak. Often seen around Melbourne with his bleached blonde hair, faux fur coat and with his pet bird named Biggie Smalls, Lakyn says “Over the past few years I’ve realized that it’s important to just be me, no matter what.”

His earlier singles – the dreamy, “View Looks So Good” (produced by Kuren) and the beat driven “West” (produced by Nic Martin)– debuted to a mountain of praise from the likes of triple j, The Music and Beat Magazine. The AU Review called him “the country’s most popular artist on the go at the moment”, and Happy wrote that the singles showed “an artist that was at the top of his game”. Electronic superstar Alice Ivy remixed “West” into what Purple Sneakers dubbed a “groove-filled dream”. The tracks have clocked up an impressive 4 million streams across all platforms.

In the lead up to the release of ‘Sweet Days’, Lakyn has spent much of his time touring including support slots with Vancouver Sleep Clinic, Jack River and Vera Blue on her Perennial tour. Now out of solo, acoustic-guitar mode, his set-up includes a live drummer and a stage adorned with plastic palm trees. Lakyn will be heading out on the road again soon, with more dates to be announced.