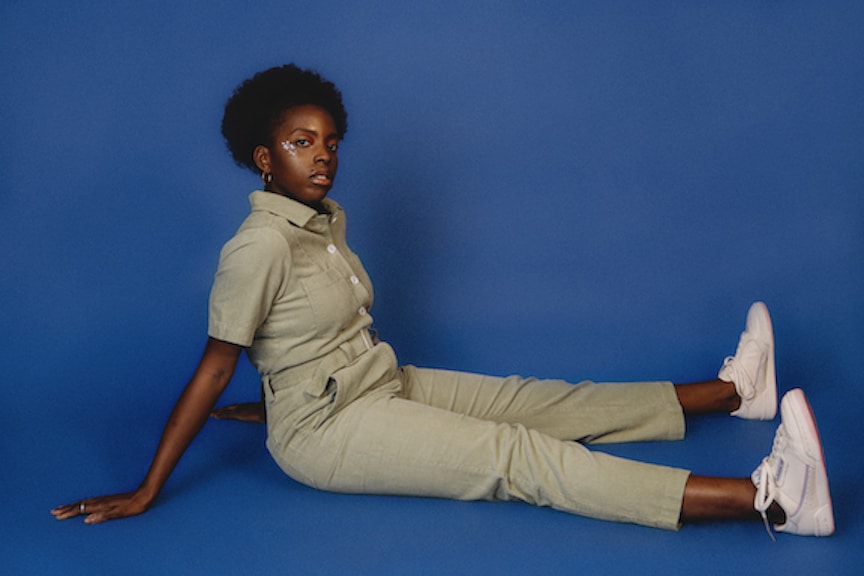 Multi-talented producer, rapper and singer Shunaji today releases her single ‘Dirty Girls’, the first from her forthcoming EP, ‘Cosmic Blues’ releasing later this summer. The London via Rome rapper is establishing herself as an artist to be heard, poignant lyricism and dynamic productions have set alight her path so far. Already garnering support from the MOBO Help Musicians Fund and the PRS Foundation’s Women Make Music, in recognition of her innovative musical style and thought-provoking lyrical flow.

“The ‘Cosmic Blues’ EP combines an experimental hip-hop approach to production, e.g. using sampling techniques, with a more traditional use of instrumentation such as trombone, flute, sax and piano. The EP evolves from my previous projects, where any live instruments were heavily manipulated to fit an electronic music production style. In Cosmic Blues, I worked with musicians to interpret my demos and arrange them in a horizontal (rather than sample-focused, vertical) flow.” – Shunaji

‘Dirty Girls’ is a reflection of Shunaj’s roots and inspirations that lie deep within the genres of Jazz, Folk, Trip-Hop, Soul & Synthwave. Employing experimental methods as well as old-school hip-hop techniques, she pulls together her knowledge and consolidates her influences on the forthcoming EP, ‘Cosmic Blues’. Shunaji’s approach has led to acclaim within the independent music scene in the UK and Europe, with her sound appealing to a wider audience and pushing the boundaries of mainstream music.

“Dirty Girls explores gender and sexuality through hip hop lyricism. Sexuality is a natural occurrence while gender is a social construct. Our society’s gender-based morals expect women to conceal or isolate sexuality in our lives. In relation to slut-shaming, the Madonna-Whore dichotomy explains the polarised perception of women as either “good,” chaste, and pure Madonna’s or as “bad”, sexual and tainted creatures deserving blame. In Dirty Girls, I denounce this gender-biased morality that prevents us from accepting women as fully-fledged, sexual humans.” – Shunaji

The single alludes to deeper meanings, as explained in Shunaji’s own words. Shunaji uses her lyrical prowess to break down her worldview, with an eloquent and thought-provoking critique of topics such as slut-shaming, gender-based morals and the media’s role in normalising the misrepresentation of women. On ‘Dirty Girls’ she reclaims the definition of “Dirty”, to demonstrate that talking about sex and sexuality does not affect who she is as a woman, her credibility or her intellectual ability.

On ‘Dirty Girls’, she surrounds herself with talented female musicians leading the lines on Trombone (Laura Impallomeni), Piano (Maria Graspa) and Drums (Shakira Kalkani). Shunaji utilises ‘Dirty Girls’ as a tool to push the boundaries of gender and genre, inspiring conversation within the hip-hop and wider music communities, and challenging the status quo.