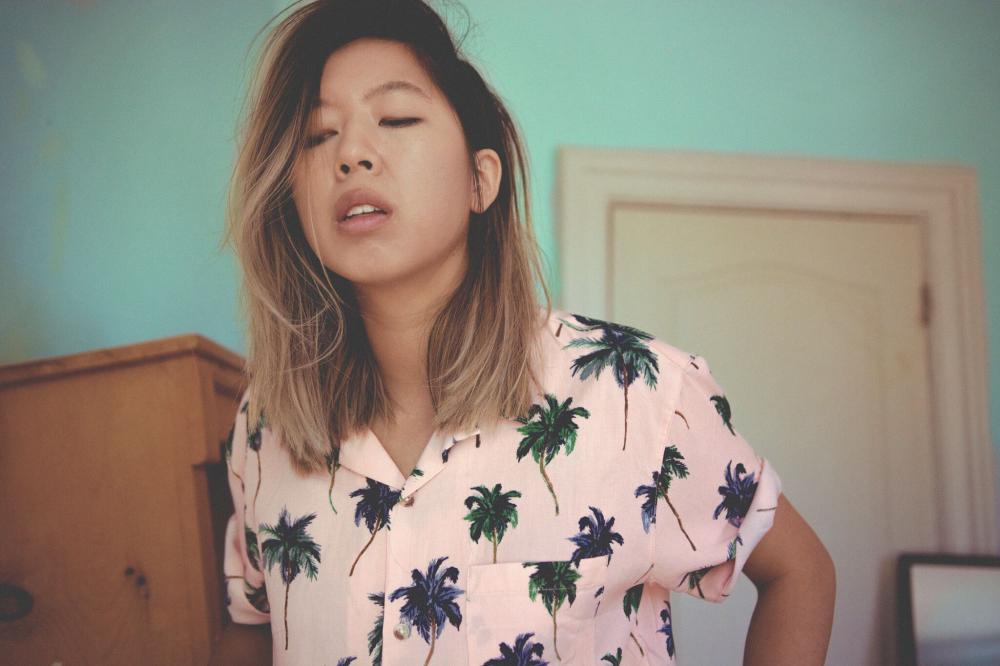 Melbourne-based songwriter Nat Vazer is a warm, charismatic, and contemplative, singer songwriter with a penchant for writing charmingly rebellious tunes about the ironies of everyday life. From playing in punk bands throughout uni and being a classically trained pianist, to growing up on her parents’ sun lovin’ 60’s record collection combined with her own love of 90’s indie rock, Vazer draws on multiple influences when writing and it reflects in her melodies and lyrics.Her new single “You’re Winning Me Over” is about the hopeful fuzzy memory of getting back together with someone after a long break and seeing that person and the relationship in a whole new light.

This is the second track off her debut EP due for September 14 release called ‘We Used To Have Real Conversations’, which will also feature breakout track “Keep Away From Parks!”The song was written after a policeman told Vazer to stay away from her local parks and to never go out without a man at night.  She wrote “Keep Away From Parks!” as a blunt reminder of the victim-blaming attitudes that people, and women in particular, still put up with all too often.

Inspired by a lot of riot grrrl bands like Sleater Kinney and Bikini Kill, Vazer wanted to talk about the real social issues playing on her mind (when she wasn’t writing love songs):

Her debut EP ‘We Used To Have Real Conversations’ was produced by Robert Muinos (Dorsal Fins, Little May) and co-engineered by Callum Barter (Courtney Barnett & Kurt Vile). Recorded with members from Melbourne’s beloved Saskwatch and Slowcoaching, the EP features songs recorded in Vazer’s own bedroom, her car, a closet and a haunted pub in Melbourne.

‘We Used To Have Real Conversations’ EP will be released on September 14.