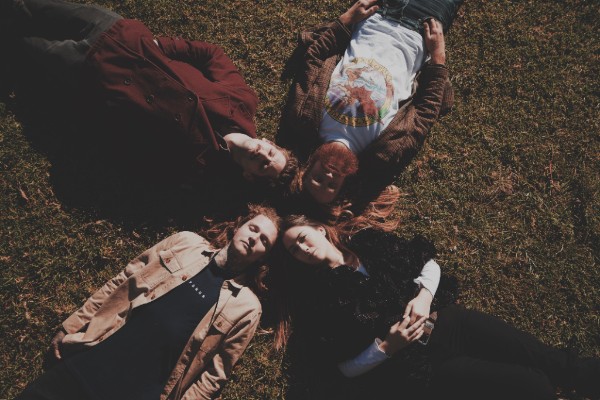 Last week this SEASIDE were humble Byron Bay locals, now they’ll be opening the main stage for this year’s Splendour In The Grass, on Saturday July 21. It’s all thanks to winning the triple j unearthed ‘local’ Splendour spot. Celebrating in style, the four piece are taking their latest single ‘Golden GIrl’ on the road with six more dates up and down the East Coast – most of the shows are free entry too!

Released to a wide array of praise, ‘Golden Girl’ is a stellar mix of dream-pop and indie rock, a track which not only demonstrates SEASIDE’s maturity, but their technicality and artistic talent as a whole. Driven by a crisp, plucked guitar riff and spacious drum line, Darcy’ s ethereal and expansive melodies drift throughout the track; a sublime, almost psychedelic combination creating which is both serene and relaxing, yet vividly energetic and dance-worthy. Mixed by Matt Redlich (Holy Holy, Ball Park Music, The Cairos) and mastered by Rob Grant (Pond, Tame Impala, Melody’s Echo Chamber), ‘Golden Girl’ is undoubtedly a step-up and it shows. Already the band have clocked over 40k Spotify streams and counting after being added to Spotify’s ‘Fresh Finds – Index’ playlist.

Previously cutting their teeth as support for acts such as Killing Heidi, The Jungle Giants, Alex Laheyand The Belligerents, the group take their hypnotising live show to Melbourne, Brisbane and (almost) everywhere in between,. Presented by PS Music Group, Young Henry’s and Afends, catch SEASIDE at a venue near you this July and August.