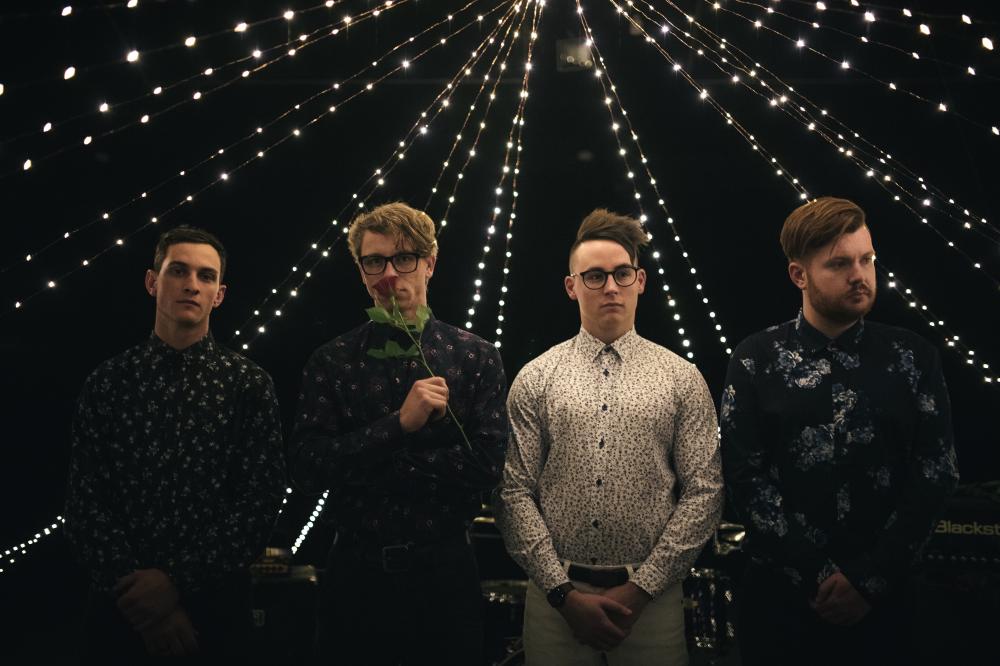 Perth’s pop-punk four piece, Nautical Mile are back with “Shattered”, which comes as the third track from the upcoming debut album ‘The Only Way Is Through’, due out Friday October 25! To celebrate the release of the album, the band will also embark on a national tour in late November to support.

“Shattered” is about looking back on time spent in any form of relationship and reflecting on both the good and bad times. Guitarist Dan Ray explains that “the song speaks about the sense of nostalgia that comes with looking back on any period of your life and ultimately drawing a line under it and moving on.” The single was the last track to have been written for the album, and in a sense captures the reflection that the band felt during the writing process and the journey of their experiences as a band so far.

The brand new single and upcoming album is produced, mixed and mastered by Emmett Carroll of EC Audio. The overarching theme of the album is strength in the face of adversity and perseverance through difficult times. ‘The Only Way Is Through’ is about being able to stick at something, even when there are negative influences affecting the will to carry on, and pushing through the hurdles life can throw at you. Ray says “all members of the band have experienced issues spanning from family issues, depression, addiction and suicide, whether it be their own issues or issues of those who are close to them. This album is for anyone who has been through dark times, pushed through and come out the other side a stronger, more resilient person.”

‘The Only Way Is Through’ will be launched to audiences around the country in late November with a hometown show on Friday November 22 at Perth’s Amplifier Bar to kick things off. Joining the band for the first show on the tour will be Ferncroft, Collider and Patient Sixty-Seven before the next night takes the boys to Whole Lotta Love in Melbourne accompanied by A New Way Home, Anyone Anyone and Bearclaw Camp. Sunday November 24 finds Nautical Mile in Geelong playing The Barwon Club with A New Way Home, Letters To Amara and Bearclaw Camp, Canberra is up next on Wednesday November 27 at The Basement with Signs & Symbols, Capitol Affair and This Time Only, Thursday November 28 sees Nautical Mile hit Newcastle’s The Cambridge Hotel alongside Low Key Affair, Capitol Affair and Halfwait, then will make their way to Sydney’s The Burdekin Hotel with Capitol Affair, This Time Only and Halfwait before closing out the tour at Crowbar Brisbane on Sunday December 1 with a little help from Grizzlyshark, Bligh and Halfwait.

Nautical Mile formed in late 2015, releasing their first self-titled EP at the beginning of 2016. Following this, the second EP, ‘Playing For Keeps’, was brought to life in 2017 and reinforced the bands foot in the pop-punk scene, earning the band a couple of spins on Triple J’s Short.Fast.Loud. Between releases, the boys energetic live show has led to Nautical Mile sharing the stage with the likes of Trophy Eyes, Hellions, Hawthorne Heights and The Decline to name just a few.

The first two singles to have been released from ‘The Only Way Is Through’ have paved the way for the upcoming album with “Regicide” welcomed into the world late last year and raking in over 91,000 streams on Spotify since. “Marionette” was premiered exclusively on Short. Fast. Loud. before official release, which brought additions to Spotify editorial playlists ‘Pop Punk’s Not Dead’ and ‘New Punk Tracks’. The band just finished up their national headline tour in support of their previous single “Marionette”, which took them to play to audiences in Perth, Brisbane, Sydney and Melbourne.