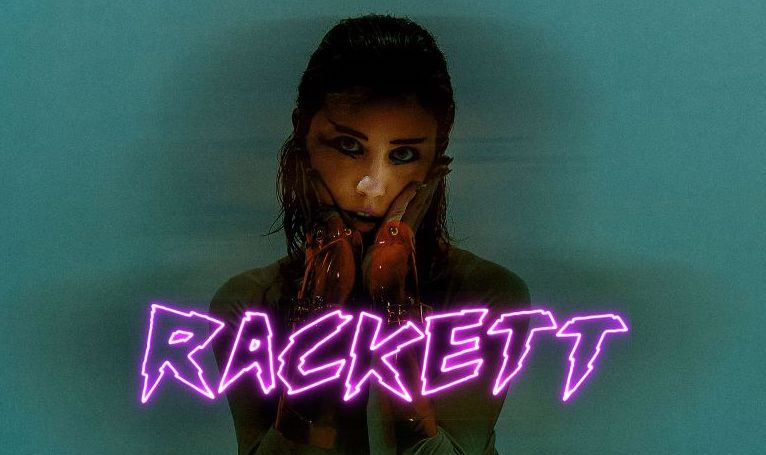 RACKETT shares new love ballad ILY Alley (I Love You, Alley), a tribute to former RACKETT bass player Alley that celebrates friendship. The song is the third single from the newly transformed RACKETT, following the release of Machinations and Oxytoxic.

ILY Alley was produced by Dave Hammer, echoing the intricate production reminiscent of his work on JEFFE’s ‘Undecided’. Layers of piano and vocals amidst a synthetic soundscape, ILY Alley showcases a softer side of RACKETT that contrasts her repertoire of abrasive electro pop-punk. With lyrics ‘swapping cassettes, sharing regrets, karaoke drunk duets’, ILY Alley tells a story of the former band members at a crossroad. Whilst in the studio tracking guitars for their last EP in 2018 as a band, it was revealed that Alley was going to become a mum, leading the band to make a heartwrenching decision that changed the course of their lives.

After my tour for ILY Alley was cancelled due to (you know what), I had an idea to put on a little show from my bedroom, just like my live show > amazing music and drag queens. I bought a green screen and lights off amazon. The production exploded into a 2hr live TV Show called Loud N Queer when I partnered with Heaps Gay. Create or Die and DPLR came onboard giving us access to their broadcasting studio and Listen Up Music as our sponsor. Now I’m a TV producer (WTF) of an amazing show with DJ’s, live music, drag queens, comedy and dancing. Every Friday night at 8PM on Heaps Gay Facebook we live broadcast 2hrs of diverse talent performing from around the world to raise money for artists and keep us entertained and connected. We’ve aired 3 episodes so far with guests like Jess B, Nimmo, Jordan Raskopoulos, Felicia Foxx, Rhys Lightning, Asta, Rachel Maria Cox, Doodad and Fandango +++. This week we have Lupa J, The Huxleys, Tom Aspaul and more.