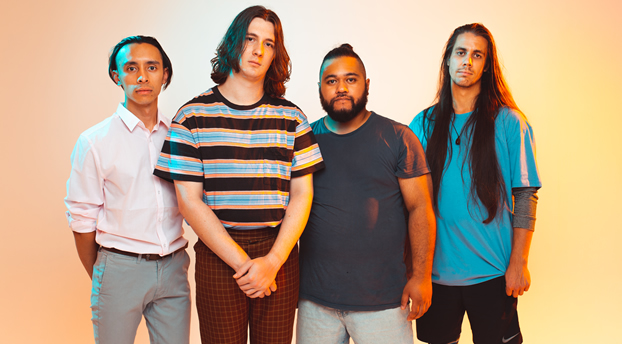 Reside have released the music video for their latest single Replace Me, the lead single from their sophomore EP ‘The Light That You Saw’; a project that comes to terms with the darkness in our lives and persists to find the light.

‘The Light That You Saw’ will be released on Friday, March 29 and to celebrate Reside will be hitting the road with dates in Wagga, Albury and Melbourne (TBA).

Reside are currently learning with their latest soul-stirring single Replace Me the difficulties in trying to find acceptance after dealing with a loss, whether it’s the end of relationship, friend or family.

“Acceptance is often the hardest part of dealing with loss. Whether it’s the end of a relationship, loss of friend or family, the letting go and moving on is the scariest part. Leaving behind what was familiar and walking a path into total unknown,” said vocalist Liam Guinane.

With no holding back, the band jump right into the deep end of the harrowing unknown in Replace Me, exploring the themes of what it is to lose such a massive piece of your life, what to do next, to feel and how to keep moving forward.

“The track that deals these themes unforgivably. It’s a journey of starting at a point where sorrow and pain are almost to much to bare any longer to realising that while you might “feel like dying sometimes [you’ll] be alright,” said Guinane

For Guinane, the single marks a personal journey for him becoming a perfect summary of his story in loss, acceptance and finding himself again.

“Replace Me was one of the first songs we wrote for this upcoming EP and in a way sort of sums up my journey of how low I was 18 months ago to reaching a point where I felt more myself again,” said Guinane.

Reside know it’s no crime to find acceptance challenging and overwhelming and that’s it’s okay to not feel okay so, allow yourself to feel how you feel and begin finding ways to learn how to move on.

“It’s similar to that mantra “It’s okay not to be okay.” Accepting that you might feel shit now but you’ll get through it. There’s plenty of songs about heartbreak but I’m not sure any of them reach a point of positive conclusion,” said Guinane.

With the release of Replace Me, Reside will be heading out on tour in anticipation for their upcoming sophomore EP ‘The Light That You Saw’ set for release later this year.