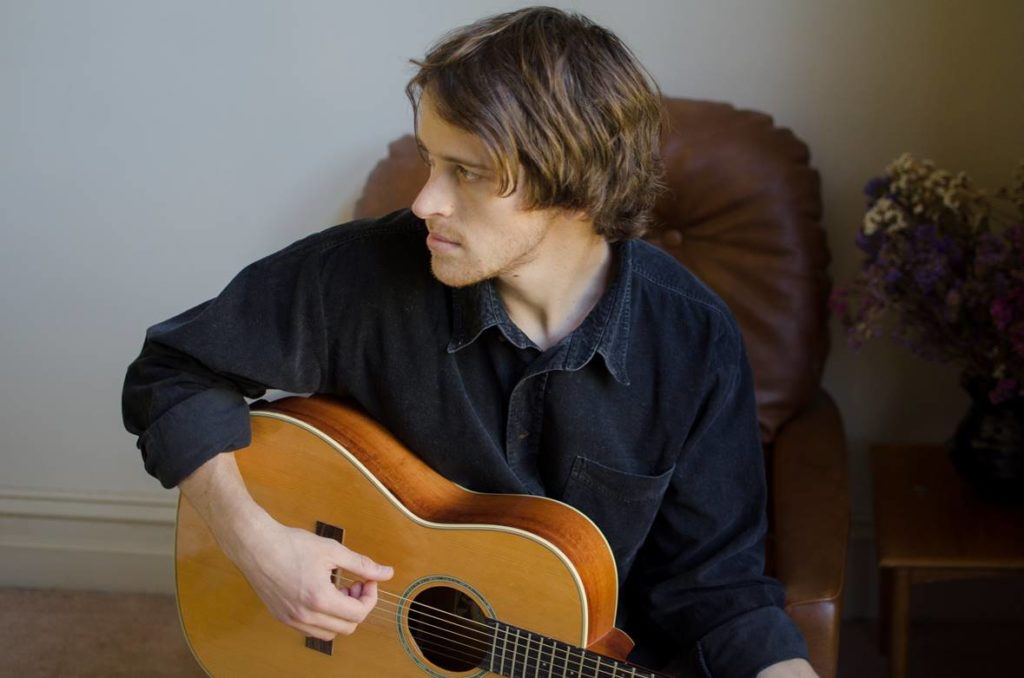 Riley Catherall has today released his debut EP, ‘Venture in Vain’. With ‘Watered Down Man’ and ‘Robin’ already released as singles and receiving attention across Australia, the EP further demonstrates Catherall’s penchant for raw, soulful storytelling.

Hailing from Canberra, Catherall cut his teeth playing jazz and blues in bars and clubs both locally and up and down the east coast. It was in 2017, however, that he was exposed to a more country sound after attending the CMAA Academy of Country Music in Tamworth, where he made the most of an opportunity to write with some of the industry’s best including Kevin Bennett, Mike Carr and Matt Scullion. It was during this period that Catherall also met Kasey Chambers, who invited him to play guitar for a handful of her album launches before he went into the studio with Bill Chambers to record this five-track EP.

This record, Catherall says, “represents a period in time in which I was coming to terms with being alone in a new city and constantly looking out for love instead of looking in with brutal reflection. I’m so grateful for the people who helped bring it together, and I’m excited to show those who will listen this new direction in my song writing.”

This theme is obvious in ‘Watered Down Man’, for example, in which Catherall meets a woman at the Retreat Hotel in Brunswick, Melbourne, which actually serves as the filming location for the video accompanying ‘Robin’. “Well I saw her outside the Retreat Hotel, through foggy eyes but I saw her still,” he sings, “Don’t mistake me for the state I’m in, one day it may be what’s been.”

With Kasey Chambers adding her vocals to ‘Robin’, ‘Venture in Vain’ is an impressive debut from an artist that bridges multiple genres.Catherall’s introspective lyrics combine with a voice “holding weariness and acceptance at the same time,” according to Jolene: The Country Music Blog, and the result is what Ear To The Ground Music, a US publication, calls “a rare treat in the music scene today”.

Riley Catherall will be supporting Grizzlee Train at – where else – the Retreat Hotel in Melbourne on the 30th of November. He’ll also play theTamworth Country Music Festival in early 2019 and is planning to tour ‘Venture in Vain’ in February and March 2019.