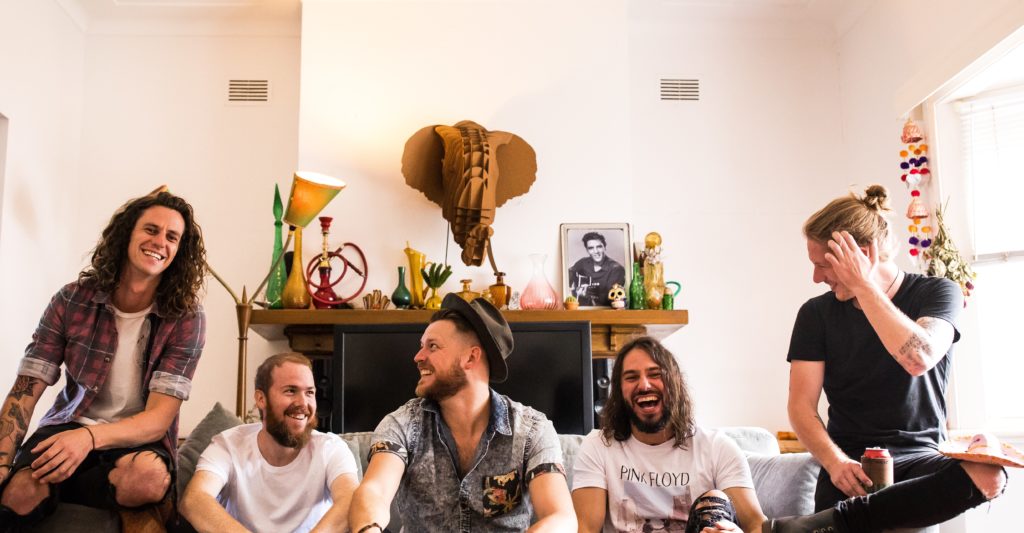 Recorded and produced out on the South Coast with 19Twenty’s Syd Green, ‘Why You Always Gotta Fight Me’ deftly switches with ferocious energy and tender vulnerability that has the songwriter lay his cards bare early on. “A tender soulful plea that evolves into a big crescendo mess on when good love goes bad, a tale of love, loss, heartbreak and ultimately accepting fate.” Ruby Tuesdays

It’s a tale that has also been represented aptly visually too. The music video for the single, with its black and white presentation, had Ben and Shenay Spinelli at the helm once more, reconnecting with Ruby Tuesdays to bring their music to life on screen. Following the breakdown of a relationship, it’s a stark look at how a partnership can devolve. “For the ‘Why You Always Gotta Fight Me’ video, we thought we’d do something different to our other clips, which are basically just us miming to the songs …Somehow we were lucky enough to trick former Miss Earth, Lyndell Kean, to get on board. We shot a story that gives you snapshots into the dissolution of a relationship. We also wanted to capture and relay the energy from our live shows. Once we mixed footage from the two to make what I think is our best clip yet.” Shaun Snider (Guitars, Vocals)

This energy captured so powerfully on record, filters through into the Ruby Tuesdays live experience, one the band is eager to continue building upon and sharing with their fans in the New Year. Touring through NSW in January and February, “Why You Always Gotta Fight Me” will be realised for the first time live, as the band debuts a new live show packed with passion and hard hitting, concentrated chaos.

Ruby Tuesdays, with an approach to bluesy rock music, buoyed by powerfully catchy vocals, puts them in the same league as the likes of Lime Cordiale, Ocean Alley, Bonjah and Ziggy Alberts and as with these four acts, the response to Ruby Tuesdays has been enthusiastic. The release of ‘Why You Always Gotta Fight Me’ is a perfect introduction to the band, should there be listeners coming to their music for the first time; an earnest band with a strong hold on arresting songwriting and immaculately soulful delivery.

‘Why You Always Gotta Fight Me’ Single Launch