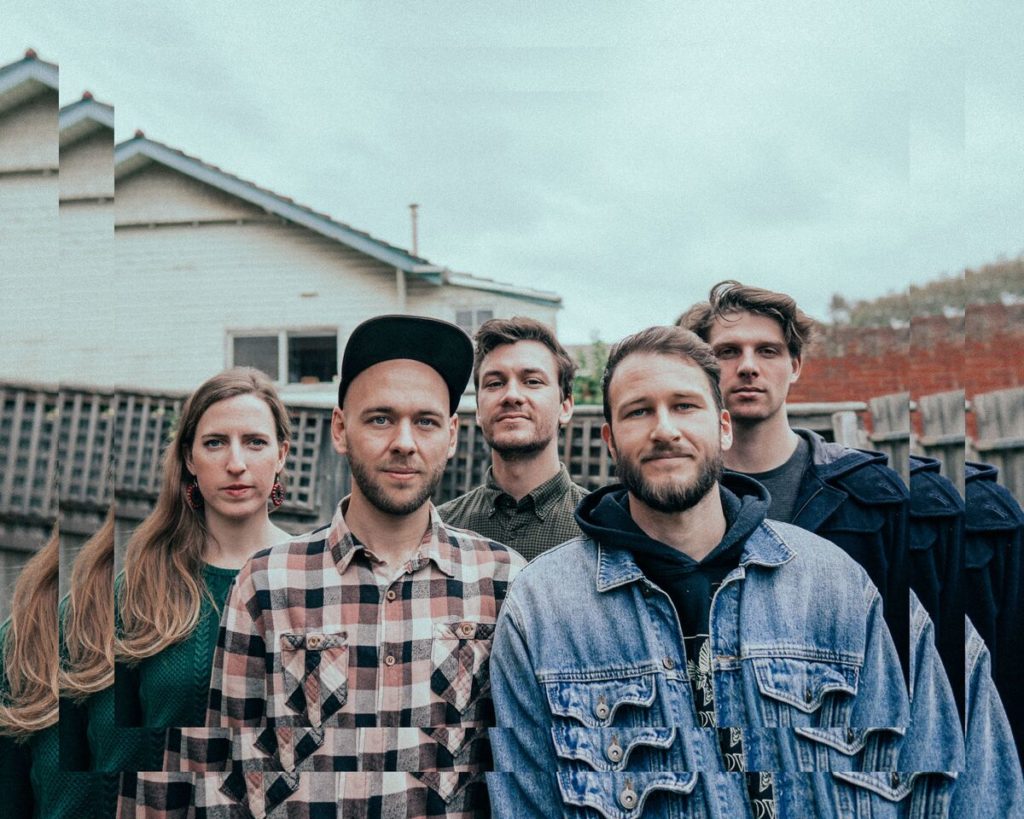 Entering 2019 with sights set high, Melbourne’s Run Rabbit Run introduce their latest sounds; this time in the melodically rich ‘Faker’. Following on from the band’s 2017 Bloodline release, Run Rabbit Run chart a new creative direction with ‘Faker’, delving into a multi-faceted and textured soundscape that brings to light their songwriting talent and matured artistry.
Acoustic guitar gently buoys Michael Roberts’ velvety deep vocals, while striking band harmonies swell throughout. ‘Faker’, a song that deals with personal anxieties and challenges, is a composition that entices the listener with its warmth, but in Roberts’ earnest vocal delivery, the lyricism of the song is what captures the attention and holds on tight.

Much like artists including Boy & Bear, The Middle East, Bon Iver and Fleetwood Mac, a band like Run Rabbit Run thrives off a tight connection between its members; ‘Faker’ is a perfect example of all the puzzle pieces fitting perfectly in studio. An end result awash in different emotions, colours, while retaining a strong central musical identity. Roberts, who wrote ‘Faker’, opens up and pens a narrative centred on producing happy facades when the individual is feeling far from it. “A while back I was finding myself in these social scenarios where I wasn’t being truly honest with myself and others about what I wanted or how I was feeling. The song’s not really focused in on my own experience, but certainly inspired by what I was going through at the time. It’s a bit of a look in on that feeling of isolation and always being at arms-length from everyone in your life.” Run Rabbit Run

Recorded at the renowned Sing Sing Studios in Melbourne with Aaron Dobos and David Walker on mixing and mastering duties, ‘Faker’ sees Run Rabbit Run in their strongest creative space yet; the single is an exciting and promising look ahead to what new music still lay in the wings, waiting to make its debut to fans who have been patiently waiting since Bloodline first captured the attention of many around the country.

Releasing the song’s official music video to accompany Run Rabbit Run’s first release for the year, the band explores the themes of the song by following a lead character, masked by a smiling face. Directed and filmed by Roberts himself, the ‘Faker’ music video brings the song to various spots around Melbourne as the central character struggles to find happiness and normality in a range of social situations that are instead prompting feelings of isolation.

ith ‘Faker’ being the first taste of Run Rabbit Run’s forthcoming sophomore EP, fans can be expecting more from the band as this year rolls out. Beginning this new chapter with an unmissable live show in Melbourne in March, the band are ready to introduce audiences to this new phase – one they’re guaranteed to be charmed by once again.