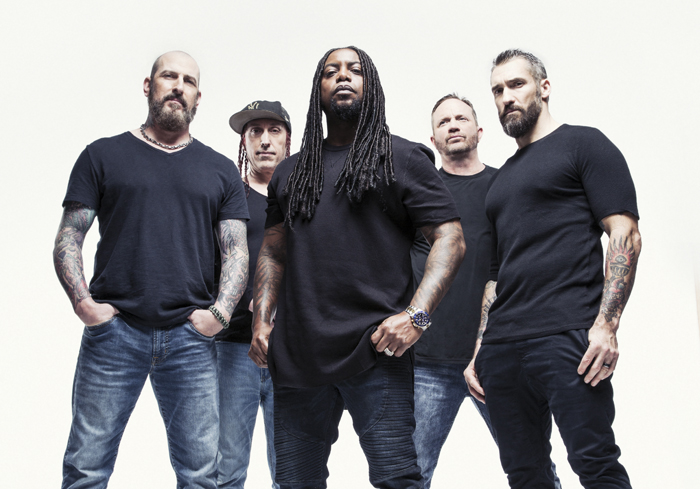 SEVENDUST ANNOUNCE AUSTRALIA & NEW ZEALAND TOUR APRIL 2019
Pre-Sale starts Thursday December 6 10AM AESTGeneral Tickets On Sale from Monday December 10 10AM AEST
The legendary Sevendust returns to Australia and New Zealand in April 2019 – presented by MJR Presents and 24/7 Metal and Rock station/app The Faction! Sevendust are coming to celebrate their 2018 Rise Records release All I See Is War – a record that has energised fans all over the world. Pre-Sale tickets for the Sevendust AU/NZ tour go on sale 10AM AEST Thursday December 6 and General Tickets go on Sale at 10AM AEST on Monday 10 December at mjrpresents.com. The iconic five-piece hard rock/metal outfit will visit Auckland, NZ’s Powerstation Tuesday 23rd April, then head on to Australia, kicking off the AU leg Thursday 25th April at The Tivoli, Brisbane, then on to The Metro in Sydney on Friday 26 April, The Forum in Melbourne on the 27th, The Gov in Adelaide on the 29th and then finish the tour in Perth at Capitol on the 30th April.Hysteria Mag said that All I See is War is “…heavy, angry yet vulnerable … the reasons why Sevendust continue to resonate with an ever-widening audience“. Guitarist for the band, Clint Lowery, says of their extremely dedicated fanbase – “We take pride in the connection we have – We’ve always been a people’s band. We’re typical guys who just happen to make a career on stage. With this relationship to the fans, we realize how much we need each other, so we push ourselves to deliver. We don’t stop. We keep moving.” Sevendust first forged a familial tie amongst each other in 1994 that translated into one of the most die-hard audiences in the game. To this day, the connection between fans and the GRAMMY®Award-nominated gold-certified hard rock outfit only grows stronger. For their twelfth full-length and first release for Rise Records All I See Is War, the quintet—Lajon Witherspoon [lead vocals], Clint Lowery [lead guitar, backing vocals], John Connolly [rhythm guitar, backing vocals], Vince Hornsby [bass], and Morgan Rose [drums] – did the best thing they could possibly do to combat all of the division in the streets and on social media; they went and made a Sevendust record—just bigger, ballsier, and bolder than before – and they couldn’t be more excited to bring it to Australia and New Zealand.A trifecta of now-classic gold albums—Sevendust [1997], Home [1999], and Animosity [2001]— ignited their journey. Known as an equally intense and unforgettable live force, they’ve consistently packed houses around the world and decimated stages everywhere from Rock on the Range and Woodstock to OZZfest and Shiprocked! 2015’s Kill The Flaw represented a high watermark. Bowing at #13 on the Billboard Top 200, it scored their highest debut on the respective chart since 2010 and marked their fifth consecutive Top 10 on the Top Rock Albums Chart and third straight Top 3 on the Hard Rock Albums Chart. Most impressively, the lead single “Thank You” garnered a nomination in the category of “Best Metal Performance” at the 2016 GRAMMY® Awards, a career first. All I See Is War represents yet another new beginning and new point of connection for fans.Pre-Sale tickets for the Sevendust AU/NZ tour go on sale 10AM AEST Thursday December 6 and General Tickets go on Sale at 10AM AEST on Monday 10 December at mjrpresents.com.
TOUR DATES
Tuesday 23 April 2019 – Powerstation, AucklandThursday 25 April 2019 – Tivoli, Brisbane