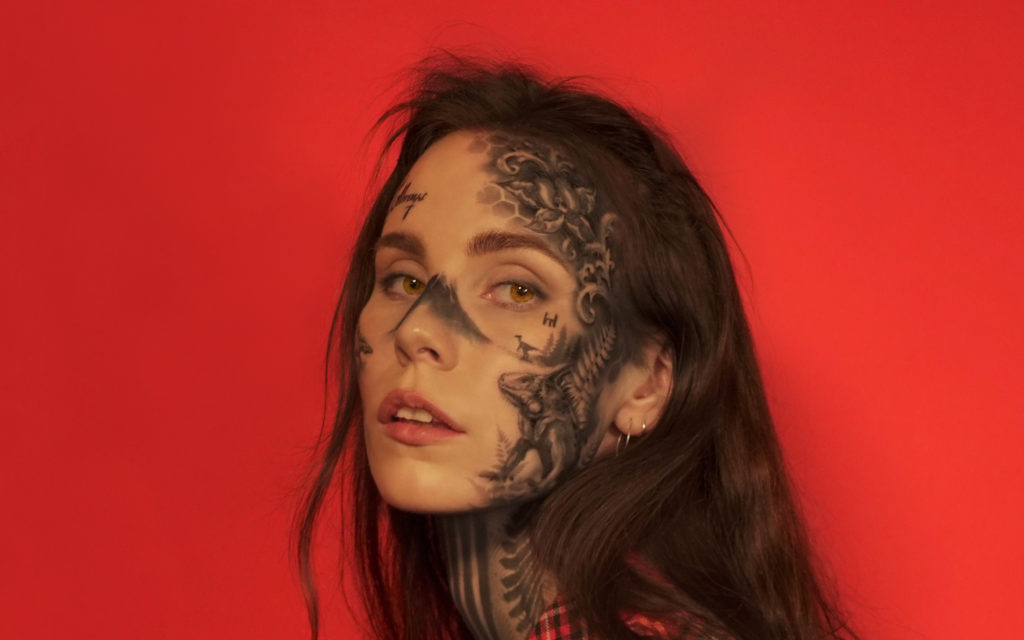 Today marks the welcomed return of Swedish singer, songwriter and producer Skott, whose infectious new track, ‘Bloodhound’ is released today via her own label, Dollar Menu in partnership with Sweden’s Cosmos Music.

Skott co-directed and produced the song’s moody yet whimsical music video with Paras IV, which was shot on-location in Rättvik, situated along the eastern shores of Lake Siljan in Sweden, where Skott grew up. Known for creating one-of-a-kind, hypnotic melodies, ‘Bloodhound’ highlights Skott’s signature ethereal vocals over delicate production. The track is a nod to being your own master and caring less about what others think.

Filmed over a few days during the European summer, the video for ‘Bloodhound’ tells a fantastical tale of the small fictional town of Bloodhound, where residents begin to disappear under mysterious circumstances, all while the population of dogs seems to be growing larger.

To help bring the story to life, Skott reached out to her fans around the world, who in turn contributed photos of themselves for the video’s “missing” posters. In addition to Skott’s own two dogs, about 20 papillons were borrowed from a friend who has one of Sweden’s most successful kennels. For Skott, ‘Bloodhound’ is her most personal video to date, even filming a portion of it on her ancestral homestead, which has been in her family for generations.

In the delicate process of writing and recording her forthcoming debut album, Skott searched for a way to release new music without having to compromise on her creative vision. When the opportunity presented itself, she ultimately decided to start her own record label, Dollar Menu.

Talking about this new chapter, Skott reveals, “It’s ok to show your teeth a little sometimes, and not worry too much about pleasing others or playing it safe, which I think many of us can find ourselves doing at times,” she continues. “I feel like starting my own label kind of runs in the same mindset. The song is playful and doesn’t take itself too seriously. I hope it resonates with some weirdos out there doing their own thing.”

Having amassed over 100 million combined global streams to date, and with her first four singles reaching #1 globally on HypeMachine, Skott quickly earned a dedicated fanbase with her unique brand of sophisticated, progressive pop. With early co-signs from the likes of Katy Perry and Lorde, both of whom tweeted about her music early on and after supporting acts like MØ and Phantogram on the road, she’s been headlining tours in both Europe and the US. Skott provided vocals on Petit Biscuit’s much loved 2018 single ‘Suffer’, reaching #188 on 2018’s Hottest 200.

This global take over stands in a stark contrast to the small wooded Swedish village of Vikarbyn where Skott grew up, known for its traditional customs and own language. However, it’s this unique way of life and upbringing that has enable Skott to truly walk her own path and create a world entirely of her own. Now is the time for us to step in and explore this world and new chapter of hers.

‘Bloodhound’ is out everywhere NOW.