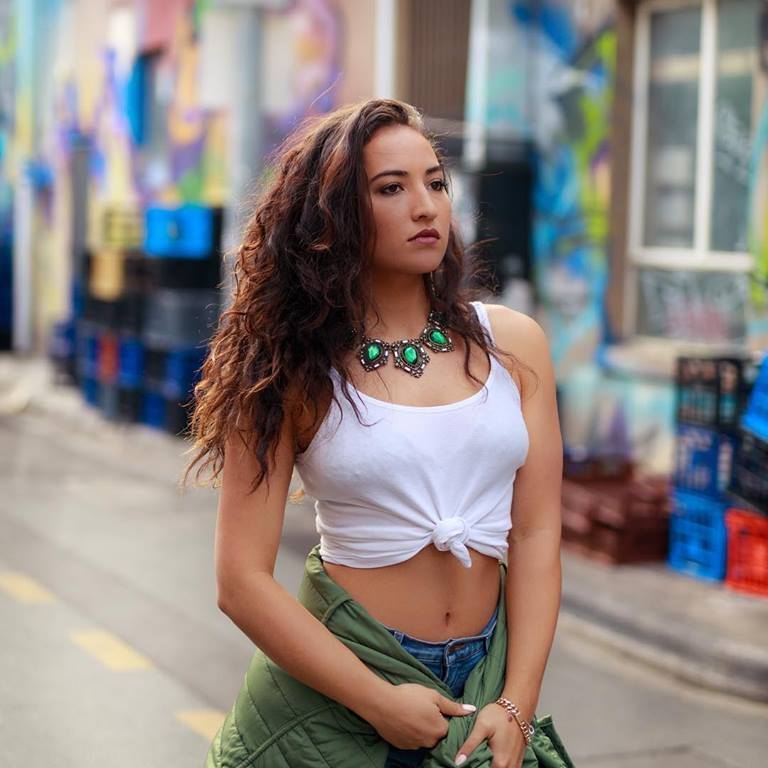 ‘Fallin’ is for the hopeless romantics out there, it’s about falling in love and the excitement
of finding something new and letting yourself give in to it. Channeling old school RNB vibes, Kirrah’s vocals stand-out in this track, hypnotising youinto a love-filled trance.

On the track Kirrah said, “So many songs these days are about resisting love or experiencing heartbreak but this track celebrates falling head over heels as the wild party it is,”

“When I was living in Brisbane last year I went to Junior’s place and we were going through his huge library of beats. He showed me so many bangers but as soon as I heard this one I loved it and we recorded my vocals. It took almost a year to go back and finishoff the song so I’ve been restless to finally share it for so long,”

Kirrah is a Canberra native who has graced the music and entertainment scene from theage of seven forming an arsenal of performances in musicals, plays and live social and corporate events.

Her experience extends from performing in-front of a sellout crowd in musicals such as The Bodyguard, Rent, Footloose, Legally Blonde and the much raved Wicked production where she won two awards. She has also performed for the likes of Australian Icon ‘Jimmy Little’, ARIA winning group ‘Idea of North’, the Deputy Prime Minister and Governor General of Australia. Most recently, she performed back up for James Arthur when he visited Australia, Conrad Sewell and Ben of The Voice Australia.

Parallel to this, full knowing that she is ready to show the world what she has been working to build and create for over 10 years, a significant amount of her focus is currently directed at the release of her debut album set to drop this year.