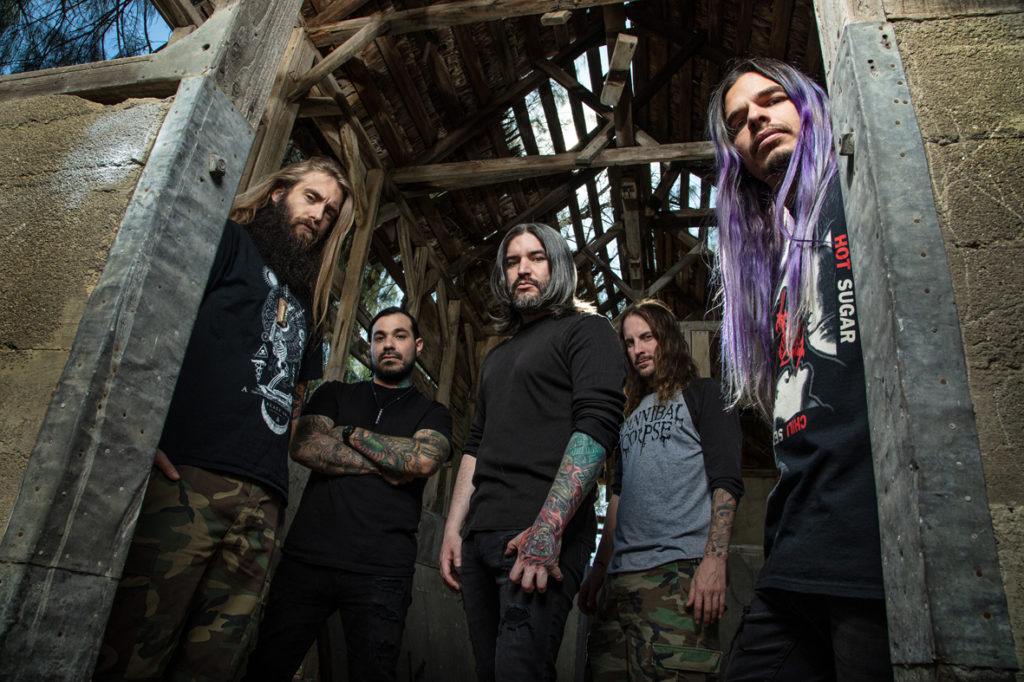 SUICIDE SILENCE will be “virtually” everywhere throughout the month of July with a 39 date “Virtual World Tour” running July 2 – July 30 that spans 14 countries & 5 continents. Each geo-gated stream will be approximately an hour & a half in length and will include a professionally filmed multi-camera live performance with full chat integration, market-specific mixed media & an extensive post-performance Q&A. Initial dates are now on sale at this location for $10 each & are only available to those within a specified market radius.

All ticket purchasers will gain access to an Exclusive Merch Collection that includes an official tour shirt as well as a number of other items that will never be sold elsewhere. The band will also be sending a 15% off discount code to every person who purchases a ticket within the first week that their market is on sale that can be used on these exclusive items as well as every other item at SSArchives.com through the end of July.

The band comments, “The time has come! We’ve teamed up with Nuclear Blast & BandsInTown on this tour & we’ll be streaming 39 shows throughout the month of July with tickets for the first batch now on sale! While each show will revolve around a specific city, we’ve decided to open up the tickets statewide in the US & to entire countries when it comes to foreign markets. Be sure to get involved on social media by requesting specific songs in your market & requesting markets you’d like us to add in the future. These live streams will be full-on Suicide Silence fan experiences that will never been be re-streamed or shown ever again. Come join the party!”

Tickets are available at SSVirtualTour.com All shows are in local time.

Stay tuned for the announcement of further new dates!

Become The Hunter reunited SUICIDE SILENCE with Steve Evetts, who produced The Black Crown (2011) and You Can’t Stop Me (2014). It was mixed by Josh Wilbur (LAMB OF GOD, GOJIRA, MEGADETH). Mastering duties were handled by Ted Jensen (PANTERA, DEFTONES,BRING ME THE HORIZON).