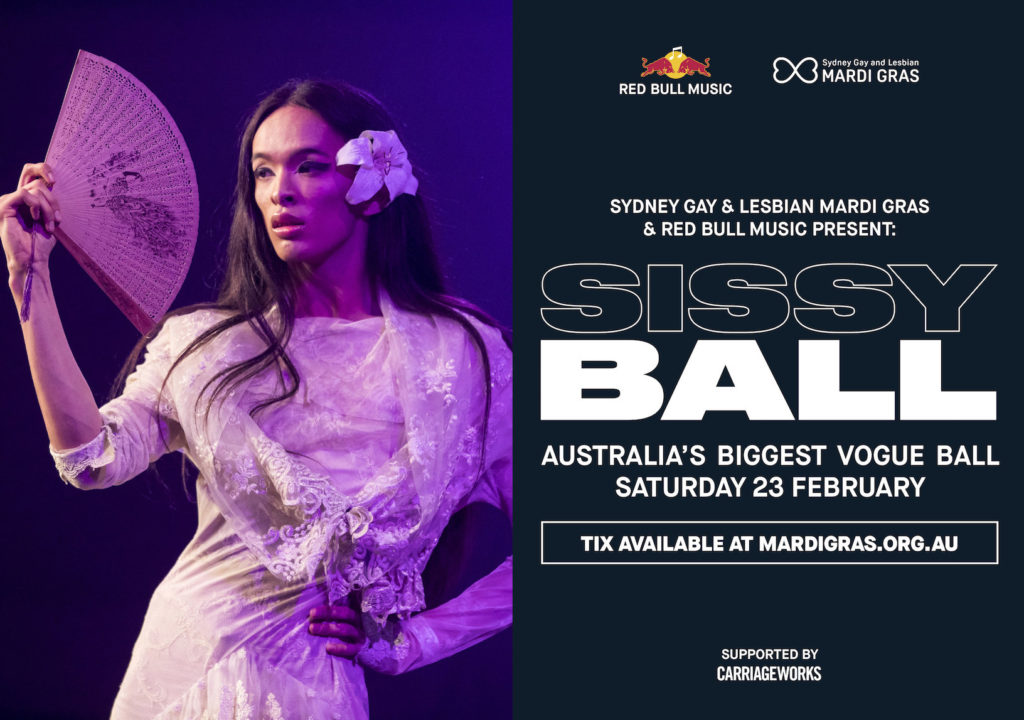 Style and precision will collide on the runway for Australia’s biggest Vogue throwdown.

Following last year’s sold-out debut, Australia’s biggest vogue competition, Sissy Ball is back for the 2019 Sydney Mardi Gras with more attitude than ever. Returning to Sydney’s Carriageworks on February 23, the much-hyped collaboration between Sydney Gay And Lesbian Mardi Gras and Red Bull Music will set the stage for an exhilarating night of movement and flair as houses battle it out on the runway, supported by live music, DJs and performing artists.

Acclaimed “wonder woman of vogue” and NYC choreographer, known for her work with FKA Twigs and Willow Smith, Leiomy Maldonado will wear the crown of head judge on the night. As a pinnacle figure of NYC’s ballroom scene and longtime advocate for LGBTQIA+ issues and queer spaces, Sissy Ball is thrilled to welcome Leiomy back to Australia.

COMPETING HOUSES:
HOUSE OF SLE
HOUSE OF LUNA
HOUSE OF IMAN
+ MORE TO BE ANNOUNCED