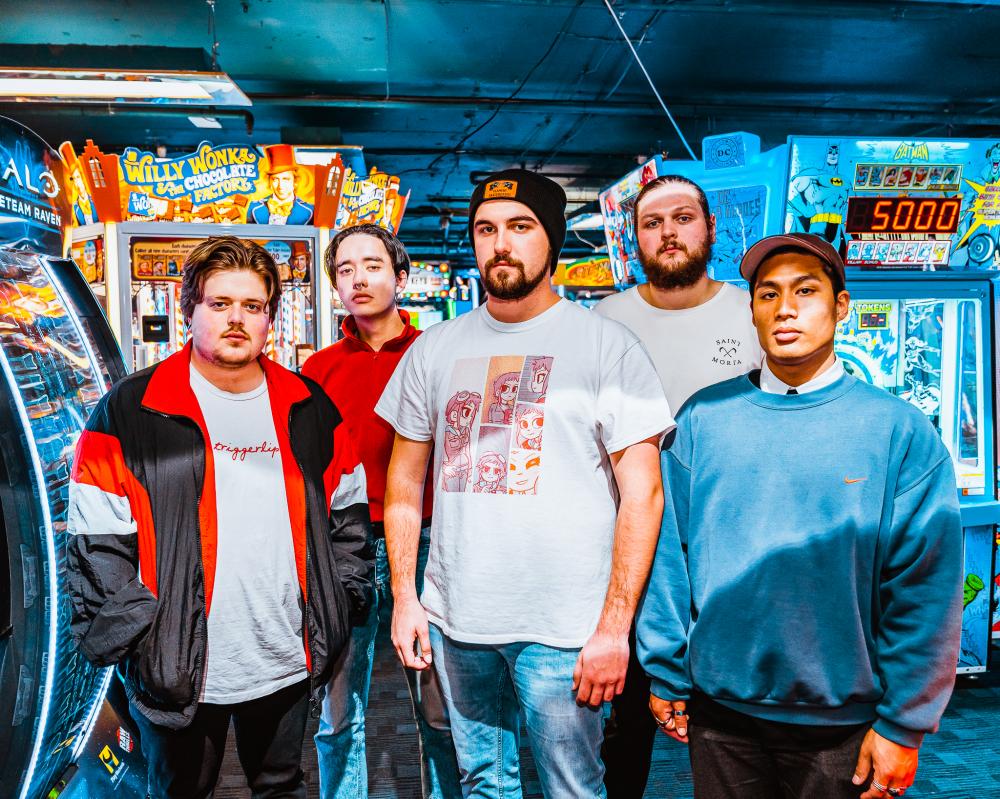 Sydney-Siders OAKS are today announcing the imminent release of their brand new single ‘Chokehold’ – and the resulting release show in their home town at the Chippo Hotel on Saturday October 19! The single will see light of day this Friday, September 20 in all online stores and streaming platforms! Tickets are also on sale now for the release show at oztix.com.au – Saturday October 19 at The Chippo Hotel with Bearclaw Camp, Headstrong, Capitol Affair and Roman Tragedy!“Chokehold” represents a coming of age for the band, representing a maturing of the juvenile sensibilities that defined their earlier releases, while maintaining the youthful spirit that has seen the band celebrated by their fans and peers. Chokehold was written by Oaks and Stevie Knight (Stand Atlantic, Yours Truly, Between You & Me) and Recorded, Produced and Engineered by Stevie Knight at Electric Sun Studios, Mixed by Dave Petrovic at Electric Sun Studios and Mastered by Mike Kalajian at Rogue Planet Mastering.Lyrically, guitarist Chris Concepcion explains that “Chokehold is about a toxic relationship that you’re unable to escape- this song was specifically written about a relationship that was but wasn’t- for me it was a very true feeling and reality. Even though I knew this wasn’t healthy for me, I also treasured a lot of factors about the relationship that made me cling onto it.“While lyrically, the song explores real life trauma, the song’s thematic concerns differ in their focus, with vocalist James Graham taking inspiration from pop culture and more specifically from the film Scott Pilgrim vs. The World. He explains that he “…was intrigued by the thematic concerns of Scott Pilgrim vs. The World, Scott’s struggle especially was a way I could relate the song to the message I wanted to convey. For me the song is about attempting to break free of toxic situations/people. To rid yourself of someone’s baggage that is bringing you down but simultaneously battling and accepting your own past. While it’s a concern of the song, it’s something we want to continue to explore in the future but for now, there is a slight undertone of optimism with both the understanding and acceptance of the situation and that for me, came from the film.”Oaks are James Graham (vocals), Christopher Concepcion (lead guitar), Joshua Tchatchanidze (bass), Zac Wallace (rhythm guitar) and Lucas Flood (drums). They have already been showcased to a plethora of audiences supporting bands like Trash Boat, WSTR, Belle Haven, Casey, Four Year Strong, Knocked Loose and more. Initially established in mid-2015, Oaks came together slowly before the release of their first EP Space To Grow in 2017, followed by their three-track Close The Distance in 2018. Inspired by the likes of A Day To Remember and Neck Deep, the five-piece aim to create songs defined by their punk flair with a sprinkle of pop to taste. Oaks’ new single ‘Chokehold’ sees its release this Friday September 20 on all digital stores and streaming platforms and Tickets for their Sydney single release show are on sale now at Oztix.