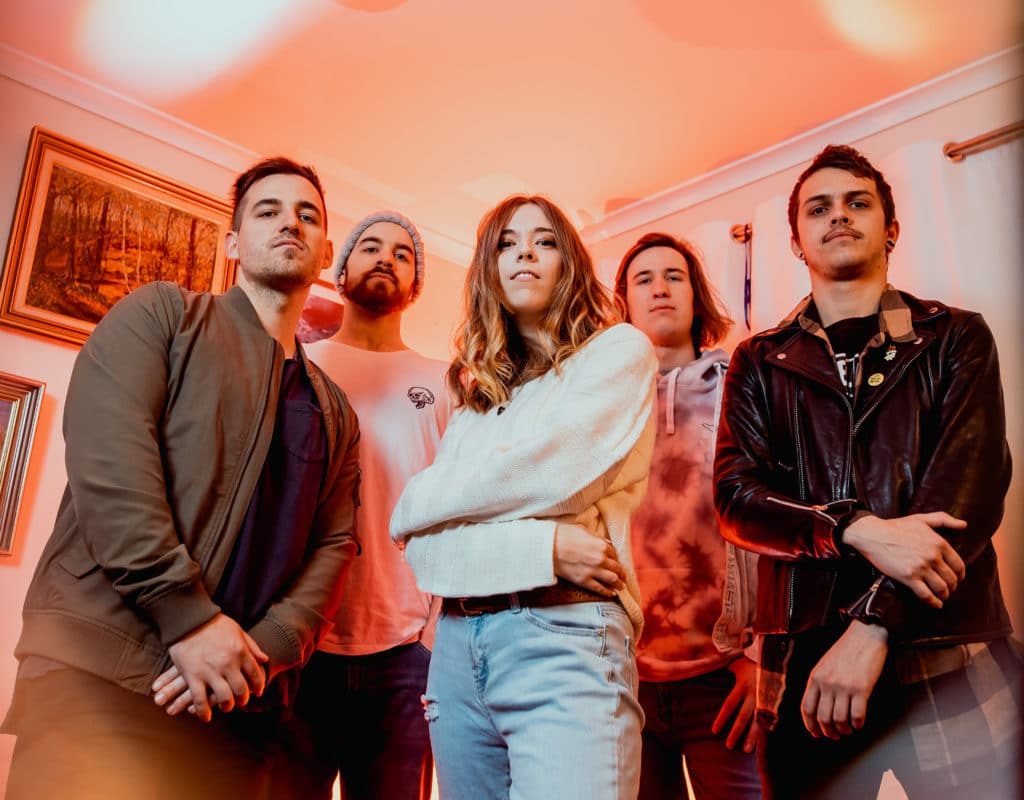 They are now pairing that with a simplistic, intimate music video to match the deeply emotional and asphyxiating single ‘Song For Maddie’.

‘Into Deep Blue’ has Terra expressing themselves in a more intimate fashion from their well-known explosive pop-punk/ alt-rock sound that they’ve showcased at UNIFY Gathering 2020 (AM//PM) and alongside the likes of Ocean Grove, Yours Truly, Skillet (US), The Beautiful Monument, Slowly Slowly, RedHook, Sienna Skies, The Maine, Storm The Sky and many more.

Unplugging from the stacks and dialling it back, Terra wanted to capture the essence of a stripped-back, raw and emotional performance that Cassie Sutton and Sean Morris have performed live in the past.

Filmed at the Inventions Studio in Footscray (produced, directed by Ariel Johnson of Reside), this performance was kept simple, using only one camera and a handful of lights as Cassie and Morris let their performance speak for itself.

While ‘Song For Maddie’ is their new single, ‘Confidence’ and ‘Breaking’ allowed the band to explore new ideas and voices that hadn’t been heard before on the original tracks. The bare-bones nature of these acoustic tracks innately speaks to the searing lyricism that is forefronted by Sutton’s vocal prowess.

‘Into Deep Blue’ is out everywhere now.