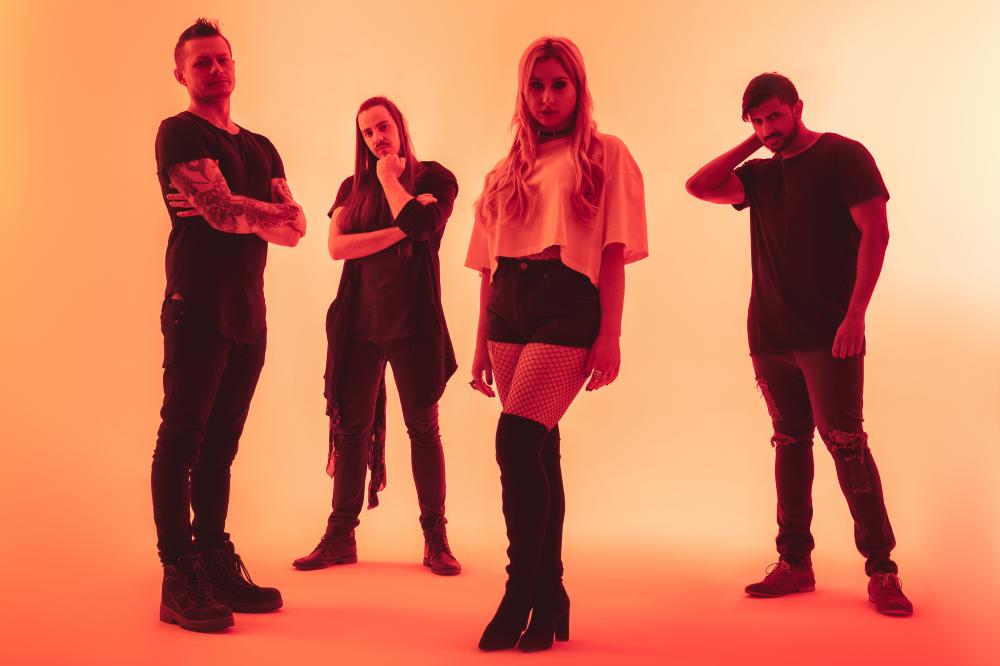 Melbourne-based melodic metal outfit The Last Martyr have returned with a new single, ‘Like A Ghost’, a track that tackles the contemplation of giving up on goals and aspirations when the going gets tough, and overcoming the negative thoughts we all struggle with. The band has also announced they’ll be jumping on the Melbourne date of Bare Bones East coast tour to launch the new single live!Recorded, mixed and mastered by Chris Lalic (Windwaker), ‘Like A Ghost’ is a hard-hitting tune from start to finish with a heavy, haunting undertone that compliments the theme of the track. Vocalist Monica Strut’s impressive vocals are flaunted with soaring highs and harsh screams that are utilised in a chorus that’ll get you humming along by the second half! Monica explains the thoughts behind the single in saying that “Like A Ghost is about a conversation with someone contemplating giving up on a lifelong dream. At first it was written about having that conversation with someone else but later on I realised that it is also a conversation that many of us frequently have with ourselves.“There are good days where you feel on top of the world and bad days where there devil on your shoulder takes over. The song is about trying to stay positive and learning to catch yourself in those darker times whilst also recognising that as difficult as the unconventional road may be, it’s a hell of a lot easier than becoming a shell or ‘ghost’ of yourself by giving up.The music video takes a unique lyric video format with concept and direction taken from David Owen Blakley of Her Name is Murder Productions (Sepultura, Norma Jean, Ocean Grove, Our Last Enemy), and depicts a range of emotions that are experienced as we venture through unconventional pathways – including within the music industry and in entrepreneurship. Producer David Owen Blakley explains that “the majority of the scenes were intended to play out surreal. Because everything was filmed by a collection of people on various devices I knew early on that the only way for the video to feel visually coherent was to actually do the opposite of that. So I created many dreamlike situations in order for the viewer to be aware they were not experiencing a “normal” reality. The various stages and characters of Monica represent the many emotions we wander though on a day to day bases as we deal with our decisions, choices and mindset.” The Last Martyr’s previous singles ‘Into The Black’, ‘Stay Awake’ and ‘Fear’ saw the band achieve national radio play on triple j (Stay Awake on both The Racket and Home and Hosed) and rotation on The Faction. ‘Stay Awake’ also attracted the attention of Butcher Babies‘ Heidi, who added them to her ‘Sisters That Slay‘ playlist alongside the world’s best female voices in heavy music! The Last Martyr will serve up their specialty mix of intricate musicianship and soaring vocals  when they jump up to support Bare Bones at Melbourne’s Stay Gold alongside FANGZ on Saturday December 7. The new single ‘Like A Ghost’ is out Friday October 25 and will be available through iTunes & Apple Music/Spotify/Google Play and all good online stores and streaming outlets. Don’t miss The Last Martyr playing alongside Bare Bones, tickets available here!