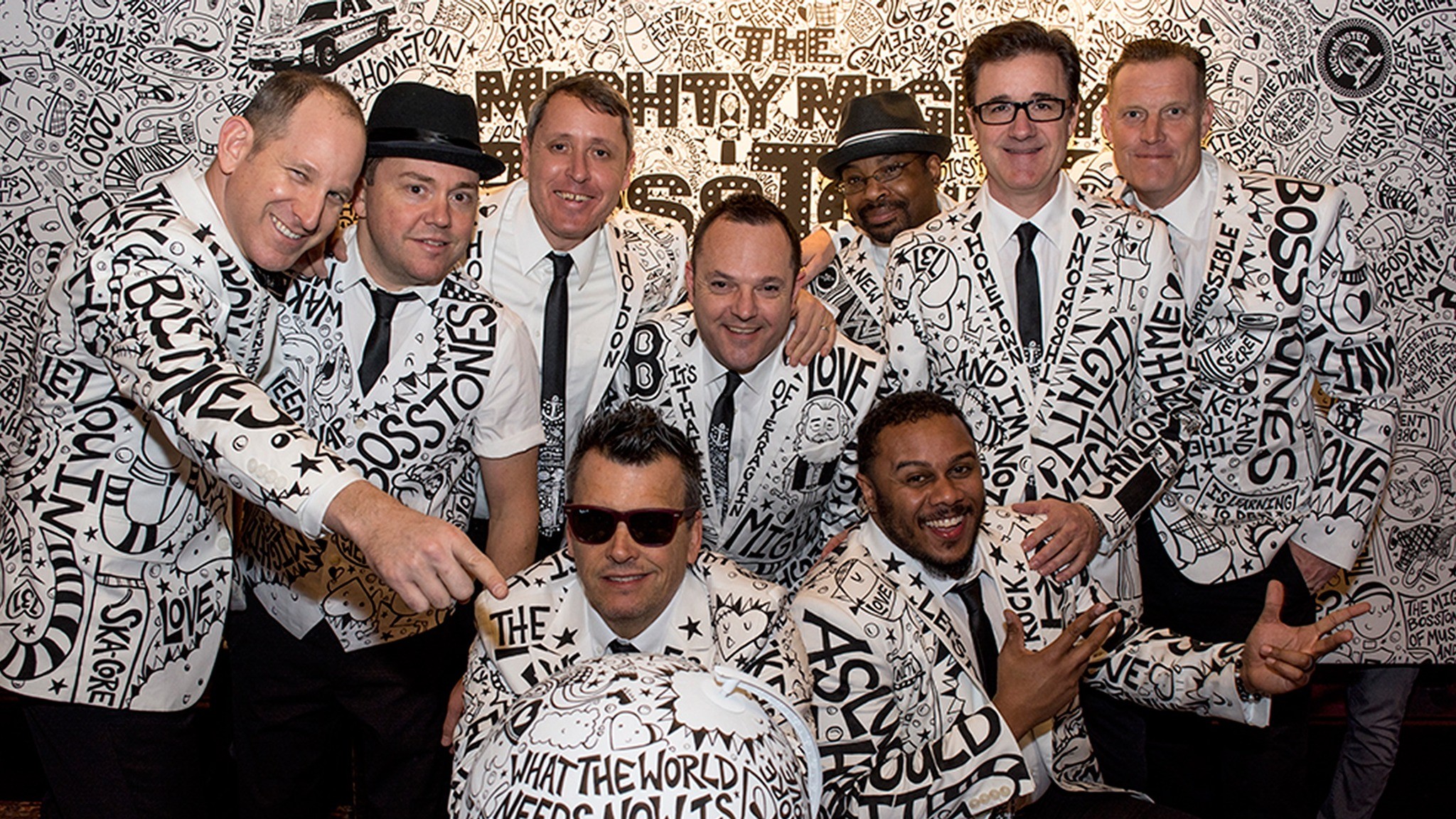 The Mighty Mighty Bosstones became the ambassadors of the 90s ska explosion (the third wave of SKA) by forging new territory and being one of the first, if not the first band to cross high-energy ska with hardcore punk. Over a 30-year career Boston’s best dressed band has built, and continue to build, a devoted following with their unique brass-infused brand of punk rock.

They were fresh out of high school when they recorded their debut album, ‘Devils Night Out’, which was released in 1990 on Taang! Records. Fast-forward to 1997 for the release of ‘Let’s Face It’ – the band’s biggest-selling album to date; certified platinum and buoyed by the success of the anthemic ‘The Impression That I Get’. ‘Live from the Middle East’ followed in 1998 and ‘Pay Attention’ was released in the spring of 2000, producing another modern rock hit, ‘So Sad to Say’. ‘A Jackknife to a Swan’ appeared two years later, as did a headlining stint on The Vans Warped Tour.

Having toured nonstop since 1991, the band announced they were going on hiatus in 2003. During this time frontman Dicky Barrett became a staple as the announcer on ABC’s late-night talk show Jimmy Kimmel Live.

The band returned in 2007 by performing several live shows and releasing ‘Medium Rare’, marking the end of their hiatus. In 2008 they released, ‘Pin Points and Gin Joints’, and continued to tour. Then in 2011 the band dropped ‘The Magic of Youth’, on their very own record label, ‘Big Rig Records’.

The Mighty Mighty Bosstones have stuck more pins in the map and racked up more tour miles than they can probably remember, earning themselves the reputation as one of the hardest working bands in rock. Now Boston’s best dressed band are back and set to release their first new studio album since 2011 titled ‘While We’re At It’. This will be their 10th studio album and their second release via their own record label, ‘Big Rig Records’.

“This is the best of what we do best” vows frontman, Dicky Barrett. “It’s us firing on all of our cylinders. This is where we’re at in our lives with no regrets.”