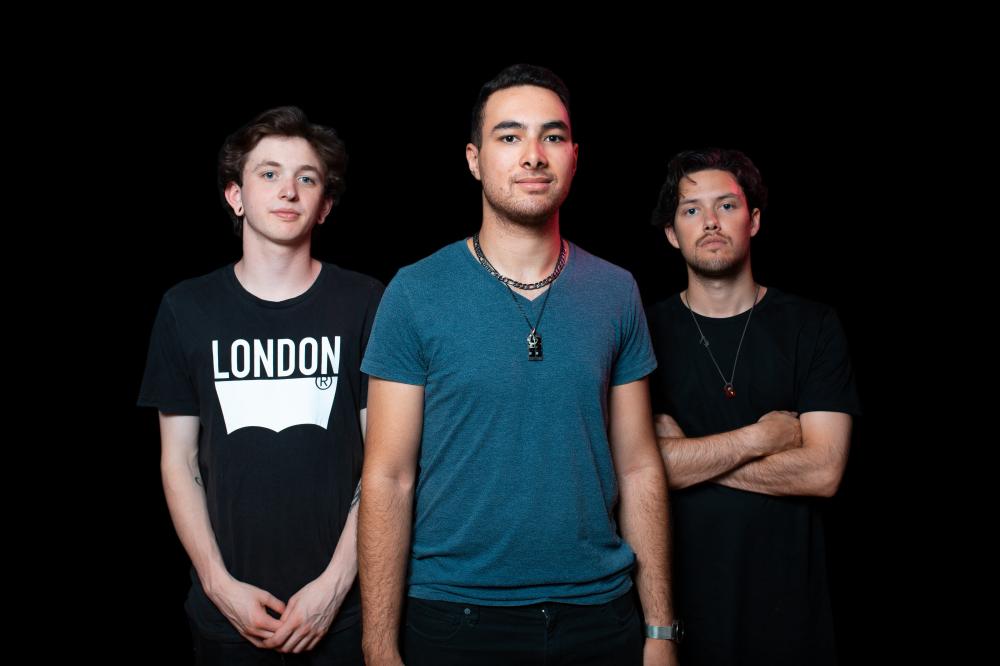 Atmospheric, complex and unique dual bass guitar outfit The Omnific are about to embark on a massive Australian-wide tour alongside progressive monsters COG – and today, they are releasing their new single ‘The Stoic’, out now on iTunes, Apple Music, Spotify and all digital stores and streaming outlets. Matthew Fackrell, one half of the bass-guitar element of the band, said that “We’re all incredibly excited to be touring with Aussie Prog-Legends COG this February. To be supporting the band we are influenced by is a real dream come true.”Late in 2018, The Omnific released the single ‘Erin’, which received a playlist add to the international Spotify playlist ‘Instrumental Madness’, Radio play on triple j, rotation on The Faction and love from massive international media outlets such as Everything is Noiseand Louder Sound/Prog. Fackrell said that ” ‘The Stoic’ varies in themes through-out the whole piece, starting with ambient, dark and heavy bass and drums, then building up to fast paced heavy riffs and back to ambient chordal sections. The song was initially a short video uploaded to Facebook of Matt & Toby playing the intro on one bass guitar which gained positive attention, inspiring the track to be completed.” Written by The Omnific, the new single ‘The Stoic’ was Produced by Forrester Savell & The Omnific, Bass guitars were engineered by Toby Peterson-Stewart, the Drums were engineered by Forrester Savell and Luke Palmer and the track Mastered by Forrester Savell, with Additional Programming by Jamie Marinos, Forrester Savell & Josh Saunders.The Omnific is a progressive instrumental band from Melbourne, Australia featuring two bass players and a drummer. Two EPs and a handful of singles deep, the band has attracted immense interest from all corners of the globe. The young trio has established working relationships with reputable companies Darkglass Electronics, Neural DSP and Ernie Ball Music Man, seeing them represent the brands with performances at the Melbourne Guitar Show, bringing attention among the ‘Gear-Nerd’ community. Coupled with their online playthrough, gear demo and music videos, the band’s reach is far beyond what many would expect from this impressive Melbourne trio, so early in their career.
The Omnific’s single ‘The Stoic’ is out now on iTunes, Apple Music and Spotify. Tickets are on sale now for COG’s Drawn Together tour (with Osaka Punch and The Omnific) at Oztix. For more information about The Omnific, go to http://www.beardfoot.com.au/artists.
https://m.youtube.com/watch?feature=youtu.be&v=916du9Xlb8I